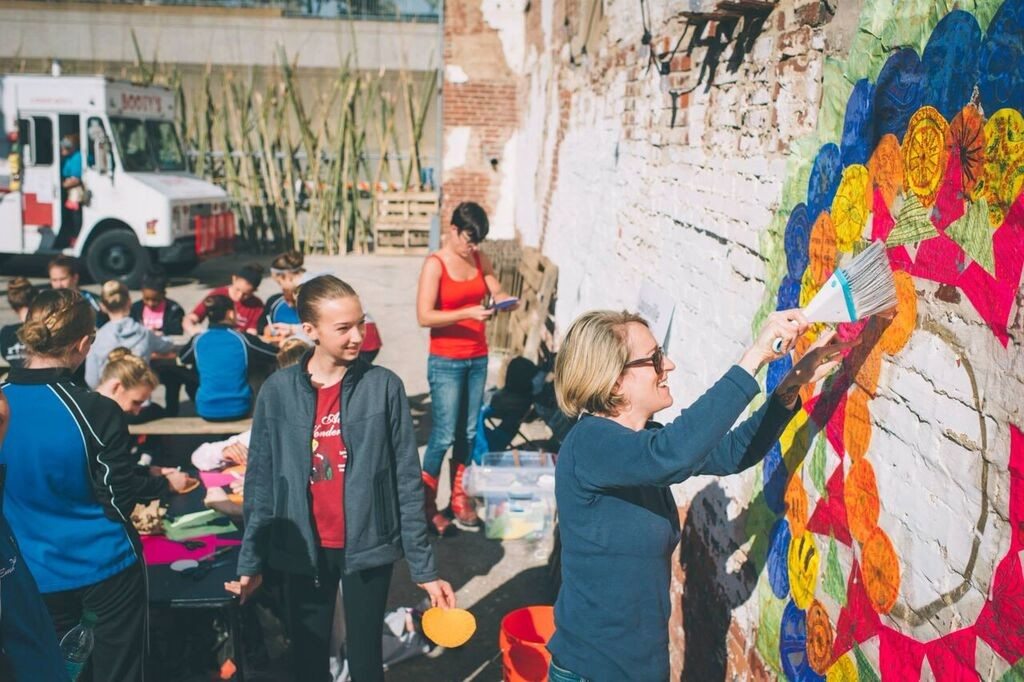 [The above image is an example of local art promoted by the Master Plan for the Arts.]

Art news
Louisville’s inaugural Awards in the Arts has named its winners: Ed Hamilton, Jecorey “1200” Arthur, The Kentucky Center, StageOne Family Theatre and Teddy Abrams. Their National Award in the Arts will be announced at the award ceremony on April 30 (fundforthearts.org).

Louisville’s Master Plan for the Arts has a short public survey online and is seeking participants (greaterlouisvillearts.com).

The Speed Art Museum’s next Global Speed Series is on “Italian Futurism, 1909-1944: Reconstructing the Universe” on Tuesday, April 12 at 6:30 p.m. The speaker is Vivien Green, senior curator of 19th and early 20th art at the Guggenheim Museum. $10 general admission, $5 students, members free (speedmuseum.org).

Curator Yasmeen Siddiqui will be lecturing on “Performing Religion” at Spalding University on Wednesday, April 13 at 7 p.m. (spalding.edu).

The Speed Art Museum is holding its first Social Speed since the museum has reopened on Thursday, April 14 at 6-9 p.m. $15, members free (speedmuseum.org).

The Louisville Ballet is launching B315, an all day physical and music driven fundraiser, on Saturday, April 16. There will be 12 hours of fitness classes and outdoor performances located at the Louisville Ballet Studios, 315 E. Main St. $25. 11 a.m.-11 p.m. (louisvilleballet.org).

Kentucky Museum of Art and Craft is holding its next “KMAC Couture: Art Walks the Runway” event supporting museum education and outreach. The wearable art runway show will take place in a white tent on the 700 block of Main Street on Saturday, April 16 at 8 p.m. $175 per ticket (kmacmuseum.org).

“AIM: Breaking Down the Stigma of Being Positive” group exhibition at the Lydia House through April (lydiahouse.us).