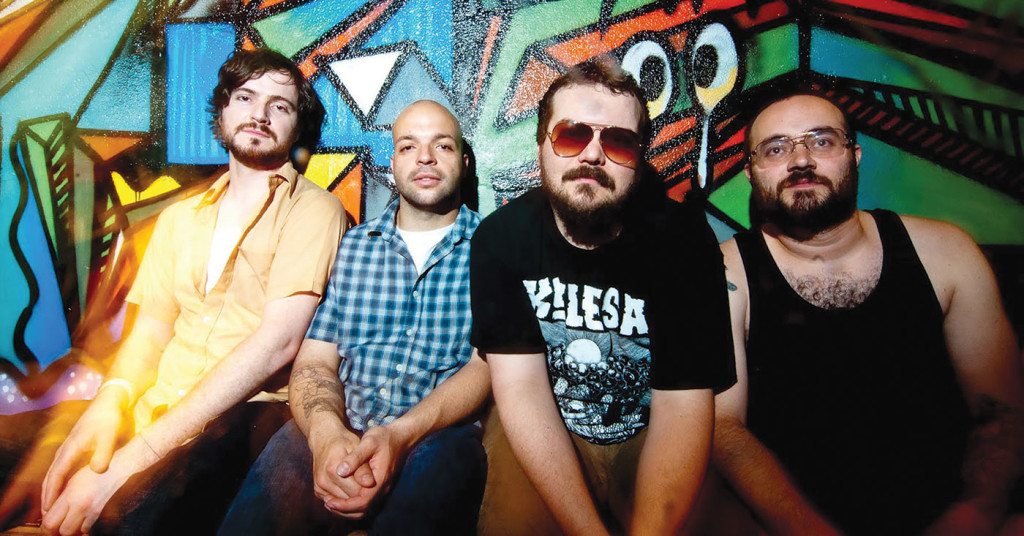 Before Torche, a doom metal band with a sea of catchy riffs, returns to Haymarket Whiskey Bar on Saturday, April 9, we caught up with drummer Rick Smith to talk about their last record, new material and blending melody with power.

On how the last record “Restarter” turned out differently than he expected.
“The actual writing and recording process was really quick. Some of the songs are one-riff songs or two riffs, and I think that is what we were feeling at the time. We didn’t necessarily set out to make what this one became, but it just kind of happened quickly … When we first started writing it, I didn’t imagine the record’s vibe being so dark, and maybe how simplistic and linear the songwriting became. It was more about being a wall, all together.”

On how their process will change for a forthcoming record, and how they’ll be working out new songs live on this tour.
“Our approach right now, for the new one, is to basically track the record live, all together in a room. Just to make it different than we’ve done it in the past. For the last record, we multi-tracked everything and we didn’t play any of the songs live. They were written and then recorded. On this tour, we are going to be playing at least two new ones, that are going to be on the next record. So, we are going to start working some of these songs out. It will make our performance in the studio so much stronger. Things happen naturally when you play songs live. The energy is different, and they start coming out a certain way. When you do it 20 nights in a row, the song has slowly started to change and you’ve thought of new ways to approach certain parts.”

On how the new, unreleased songs are different from those on “Restarter.”
“They’re a more involved listen. They’re not as straightforward. There’s a lot of melodically rich riffing in the stuff so far. It’s not so monotone or droned out. I wouldn’t necessarily say it’s pop-y, it’s more rocking and aggressive.”

On band members living in different cities.
“We actually get together once a month for about a week, and we just write every day. Usually these guys will record riffs they think are cool on their phone or something, and then we’ll show up to practice and listen to them. Things that we think sound cool, we’ll start messing with them, and see what comes of them. Sometimes Steve or John or Andrew will already have a series of riffs that go together. It’s good and bad honestly. The only thing bad about the week-long practices is that’s all you’re doing all day and by day four you’re procrastinating about going to practice. We’ll be in there for hours and hours. I would say by the end of the week, we’re all ready to chill and call it a day.”

On blending melody and power.
“We basically want to make stuff that is timeless, I guess, so it has melody and a song beat. We love heavy shit and powerful shit, so the fusing comes naturally for us. If you take our favorite things of all forms of aggressive music — hardcore punk, death metal, doom metal or whatever — we always have some sort of influence that comes from that in our songwriting, but, the goal for us, is to write songs with hooks that you can listen to for years and years to come. At the end of the day, our focus is to write some good songs, whether they’re heavy or not.”