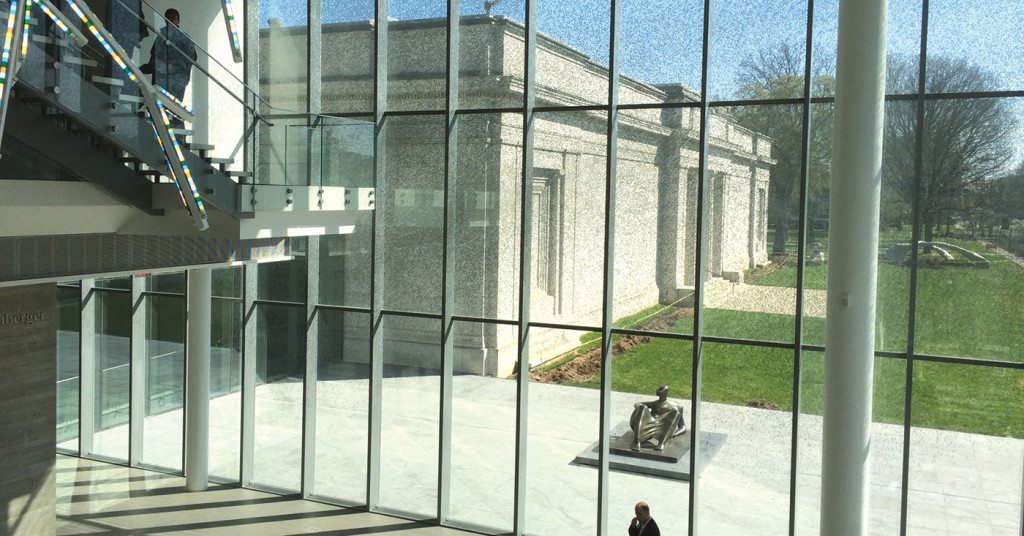 The new Speed Art Museum is now an artifact in the city: a great gift to the Louisville community with which we will live for the coming century. I’m just a local architect, but — maybe — as a resident and cheerleader for good design in this city I love, I can offer a perspective that might not get shared elsewhere.

Why is architecture commentary necessary? When there is so much bad design and poorly conceived development happening around Louisville, why make it a point to critically consider something that is among our city’s best work? Because the Speed is a project that broadcasts, “This is who we are!” It’s part of our evolving public perception of Louisville, what we value and what we can accomplish. “This is what we aspire to be!”

Among the intriguing aspects of the project’s trajectory is that we didn’t really know what we were going to get. As an experienced architect, able to extract from drawings an understanding of what they communicate, even I couldn’t fully assess the project from the images published. A perverse wisdom in wHY’s vague, non-photo-realistic choice of rendering style: It doesn’t limit the eventual choices, leaving room to operate as the design is brought to realization. This is brilliant because, when the design proposal was initially published, it’s likely the designers didn’t yet know where they were going. The construction process itself was an exploration, an intensive design effort. Now, open, the building is presented as a fait accompli — none of the journey, the trials, or failures on display.

Let me assure you: Architecture is hard. Harder if simple and crisp are goals.

Entry at the back is familiar to those who visited the Speed before the expansion. Long-timers still remember entering the front door of Arthur Loomis’ iconic original building facing Third Street, but, as has been true through recent decades, entry now is more responsive to those who will park in the garage or cross UofL than it is to the pedestrian experience of Third Street.

The entry space is generous and bright, very different from the stingy, dim lobby that it replaced. The ticket counter and gift area flow into each other, all with views out to the surrounding site, street and neighbors. The sequence of moving from the entry is clear, the multilevel front gallery and the east ballroom flanking a crossing spine that links, via bridge, the Loomis building. The experience to describe here, though, isn’t the sequence or any standout design elements: It’s the lofty cool lightness afforded these typically modest support spaces and the velvet warmth of the concrete that highlights each space.

About that concrete: My friend, Christopher Fuller, AIA, an architect at K Norman Berry Associates, was among those who lived and breathed this project for the last several years. When his firm was engaged for the project with wHY Architects, since I knew that wHY’s Kulapat Yantrasast had worked with Tadao Ando, a world-famous architect of projects in sublimely artful concrete, I remarked, “You will now have the best-ever specification for concrete!” A few months later, Christopher confided that he would not have such a prize. Concrete, in the bespoke environment of high-design museums, is not completed solely through written criteria but via benchmarking. Multiple carefully crafted samples are prepared on site so that the architects may review them, consider their various qualities, and pick the one that most closely corresponds to their vision. The field sample picked, then, becomes the rule. [This may sound like a negligible distinction, but most architects will never have a project in which we get to work this way.]

Good concrete can excite the senses. I relished running my hands over the deliciously tactile surface of these walls. It’s a real material, not drywall, vinyl, or any of the other now-familiar veneers that people pretend are maintenance-free. The exterior concrete will weather, the interior concrete will change color; all of it will get richer in texture and patina over time.

The bridge crossing from the addition to the Loomis building was both palate-cleanser and threshold from the new construction into the renovated galleries. Walking across a sunken gathering space, uphill on slightly canted glass panels, looking out of the floor-to-ceiling glass where a thin skin of water on granite will soon provide a slick sky-reflecting surface — it felt like being gently borne across into the more protected and formal spaces in the older building.

The renovated galleries were a revelation! There had been no expectations set for these renovated spaces. Not only have the spaces been renovated respectfully, but they’ve been opened to each other to provide more easy access through and around the collections. The formerly closed central stair is now an open hub from which everything is accessible and visible, making the whole series of spaces more comprehensible.

Without exhaustively describing each space — the new museum feels huge! — it’s sufficient to say that this expanded and enhanced facility will serve Louisville admirably. It’s uniquely configured and equipped to address not only our desire to get up and personal with works of visual art, but also provides accommodation for film and live arts of all sorts.

To the architecture community, the Speed will be worthy of note, but probably more as a highlight in wHY’s career trajectory than a landmark in museum design. It doesn’t boast the daring subterranean moves of Kansas City’s Nelson-Atkins or have the neighborhood-making impact of New York’s new Whitney.Museum of American Art. It’s neither technologically fetishistic in the way that Renzo Piano’s best museums are, difficult and strange like Los Angeles’ new Broad Museum, nor does it stake out new territory for exhibition. In fact, the spaces in the new construction feel very similar in character and tone to Cincinnati’s Contemporary Arts Center, opened in 2003.

The overall forms of the building are not original in architecture culture, but they are still striking in the Louisville context. I’ve seen other architecture-minded people remark that the off-center/stacked-box strategy has trended and passed its peak. Fair enough. What the boxes do for the Speed, though, is offer a shifting profile as you move around the building’s exterior. Sometimes the addition seems deferential to the formal gravitas of the elder Loomis building, while from other angles it looms large.

The richness of the Speed’s design is in how these clean boxes were resolved in real materials and with reference to the Loomis building. Some of the most expressive and impressive elements of the new construction have now been concealed: the muscular structure that allows the upper boxes to appear to float so lightly and extend so far over those below. What we see now — the concrete; the striated metal which alternately gives the upper walls a shimmering or brooding appearance, depending on the light; the huge expanses of speckled glass; and the rich yet crisp detailing of every aspect of the interior elements — all work together in communicating the permanence, seriousness, and openness of this institution.

Is the new Speed the best museum that could have been built for Louisville? After all, if it had been all new construction, built in a different place, configured to enhance the cityscape in a meaningful urban way, it would have been a different museum. The institution elected to stay in place.

While it was never in question that the Loomis building would be kept, this strategic reinvention of the historic Speed structure illustrates clearly how Louisville might treat others of its legacy structures (instead of tearing them down). The historic structure informed every decision for the addition and — even though it feels smaller than its upstart neighbor — it shines through. At some points glimpses of the old limestone are framed in such a way that it feels like part of the collection, while at others the warmth of Loomis’ beautifully-proportioned galleries remind you that the 1927 building is the heart and soul of the Speed. The whole complex is richer because of the designers having engaged in this multi-layered dialogue between old and new.

Given the many challenges with which the architects were faced, Louisville may have gotten better than we could possibly expect. The new Speed is a new piece of architecture that shows skillful negotiation of the compromises inherent in the institution’s original goals about how it should be renewed and how it should live in the city. It’s defined by its constraints: our automobile-centric culture, the inextricable engagement of new and old structures, attempts to be respectful within its university and neighborhood context and the sprawling variety of programming the Speed intends to offer. As an illustration of designers operating within a skein of conflicting pressures, the Speed is a trophy appropriately emblematic of Louisville architecture. •