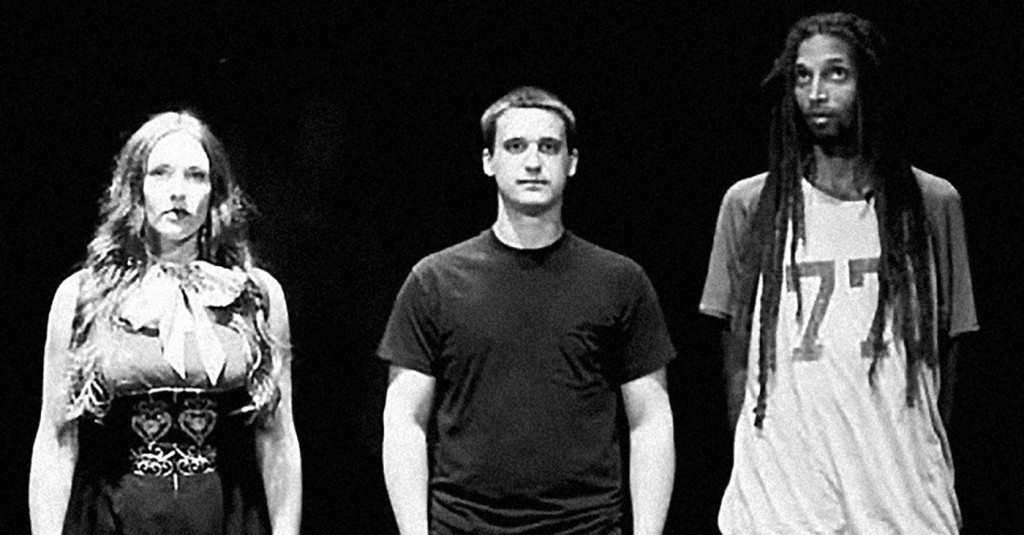 With only one previous release under their belt, the 2011 classic Misericord, Softcheque has returned with a new album, Sand In Your Mind, out now courtesy of auralgamiSOUNDS. There is an elegance to their music that recalls Stereolab or Broadcast at their most pensive, or even the ethereal Southern gothic of Jarboe’s solo efforts. Comparisons aside, their sound is hard to pin down, though singer/instrumentalist Dane Waters believes it’s “articulated, pre-meditated, astral-pendulated, predicated, non-medicated, eight-armed or, maybe, idealist pop.”

A relative project to Sapat, the band has similar improv origins.

“It started in 2007 and sort of sprung from Yodel-Duo Do, a short lived vox-accordion mystery project,” Waters said. “Covers left us hungry and we had a keen sense of melody/anti-melody waiting to emerge.”

“Our first show was like 10 minutes; we had maybe one and a half actual songs and the rest of the time we played with the presets on the keyboard,” bassist/drummer Alan Holsinger continued.

It’s that collaborative spirit that has informed the band through their evolution. Still, playing structured pop is the name of the game, Holsinger noted: “I love having these coordinated turns in our songs, moments of the group careening that would only happen in an improv if everyone is dedicated to transcendence. It is so fun trying to map out transcendence.”

Drummer/bassist Warren Gray expanded on that, adding, “Certain songs can evolve and change over time, especially the more we play them live. Something may not sit well with one of us or we feel like we need to delve deeper. I like the idea of a song being able to grow even after it has been written. ‘Too Much Science’ is a song on the new record that we have played for a long time. There is a certain transition that never quite gelled and it wasn’t until we were recording it that Dane came up with the missing piece to tie it all together.”

You can catch Softcheque on Saturday, April 30 with Twenty First Century Fox and Asm A Tik at The Cure Lounge.