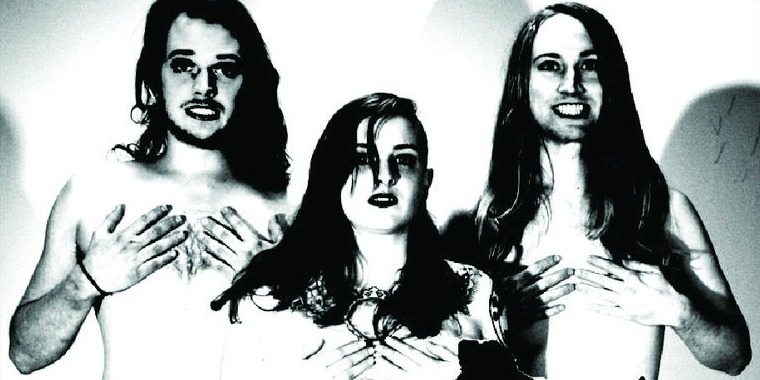 Cat Casual and the Holy Midnight – “By This River”
Perhaps the saddest thing about this already sad song is the realization that it was meant to be part of a Louisville-themed compilation of Brian Eno covers. Why God (or god, gods, or Satan), could this compilation not come together? Eno is a national treasure — maybe not our national treasure, but definitely a treasure, no less. Here Cat Casual and the Holy Midnight offer their own take on the track, which is no less beautiful than the original. The band is streamlined for this song as a duo, with just guitar, keys and vocals. Identified as a rough mix — and while that may be the case — the DIY simplicity and rough qualities of the track add to the aesthetic. This is beautifully rendered and carefully crafted, clearly by folks that appreciate the original.

Pleasure Boys – “Mowed Down” (featuring Bonez, Lacey Guthrie and Jack Philley)
When I think of protest songs, I typically think of distorted guitars and tight changes, neither of which is especially present here. All the same, the Pleasure Boys offer their own take on the dissenting voice, albeit no less effective. Make no mistake: This track certainly has a solid groove and definitely has a lot of forward momentum, just not in the way that you might expect. An anti-police anthem, or at least a call to action against police brutality, “Mowed Down” challenges authority in a way that blends the psychedelia of The Doors, hip-hop and Sonic Youth-style guitar work into an excellent package. There is a who’s who of contributors including the emcee Bonez (who has an excellent verse), guitarist Jake Philley and Twin Limb member Lacey Guthrie. This is the kind of song that sneaks up on you, the sort of earworm that you don’t notice until about an hour later when it’s the only thing that you can hum to yourself.

The Fervor – “Sweet Thing”
The sound of the ’90s is alive in The Fervor — the distorted fury of the guitars is rife with a tension cut only by the unflinching pop to the hooks. This is easy to listen to, and it’s very much in the vein of classic PJ Harvey or late Nirvana, a comparison meant here as the absolute highest of praise. Singer Natalie Felker is the perfect counterpoint to the dirge-heavy riffage of the instrumentation. Her voice is bold and beautiful, and seems like a natural fit in that way that someone at home with the music feels. This is the sort of music that captures that kind of minor-chord goodness so part and parcel to Louisville culture, complete with a delightful coda at the end, finishing like a wonderful, fuzzed-out fever dream.

Boner City – “Die Young”
It should go without saying that a band named Boner City offers a sneering, punk-furious blast of who-gives-a-fuck. I can’t say with any certainty that’s their case, as they may give all the shits in the world, but when you sing about that Peter Pan-esque desire to freeze time and die young, well, that ship has kind of sailed. The thing is, this is exactly the kind of music that takes you right back to your youth, with that sort of energy that never veers too saccharine or overwrought. This isn’t the sort of thing that you could imagine in a commercial or something, but it’s the kind of youth anthem about throwing caution to the wind that anyone can relate to. At the same time, there is an undercurrent of self-doubt in the lyrics that creates a relatable tension: it’s less about the dying and more about the suspending adulthood.

Eons D – “How’s Your Heart” (featuring Jordan Jetson)
Eons D and Jordan Jetson make for an excellent team, complimenting one another stylistically, while painting a nice lyrical picture. There is a Jay-Z kind of vibe that sounds victorious, like you’ve just overcome an obstacle. I could see this being the end credits movie to the “Punch Out” movie that still ought to be made. Well, that’s the story that the music tells, but the lyrical tension is, as the title describes, all about matters of the heart — there is an undeniable undercurrent of sublime melancholy here that cuts through. Regardless, this will make you contemplative about the world, and that’s never a bad thing.

Black Birds of Paradise – “Terror Bird”
Other than the mix on this song, which is strangely balanced with the drums all to one channel, the newest from the Black Birds of Paradise is a fucking barnburner. Everyone in the band is on fire, killing it on their respective instruments in a way that shows off without ever coming off as masturbatory. An all instrumental affair, “Terror Bird,” has an enormous sound that flirts with elements of Tortoise, if only for the remarkable use of the vibraphone, before veering into the kind of soaring post-rock highs that would make Mogwai or Explosions in the Sky blush. Throughout the entire track, there is an undercurrent of psychedelic madness — that kind of fuzzed-out kraut rock thing — that refuses to be qualified as this or that. As the precursor to their impending album, this is an excellent and exciting taste of what’s to come, and one that shows a ton of promise.