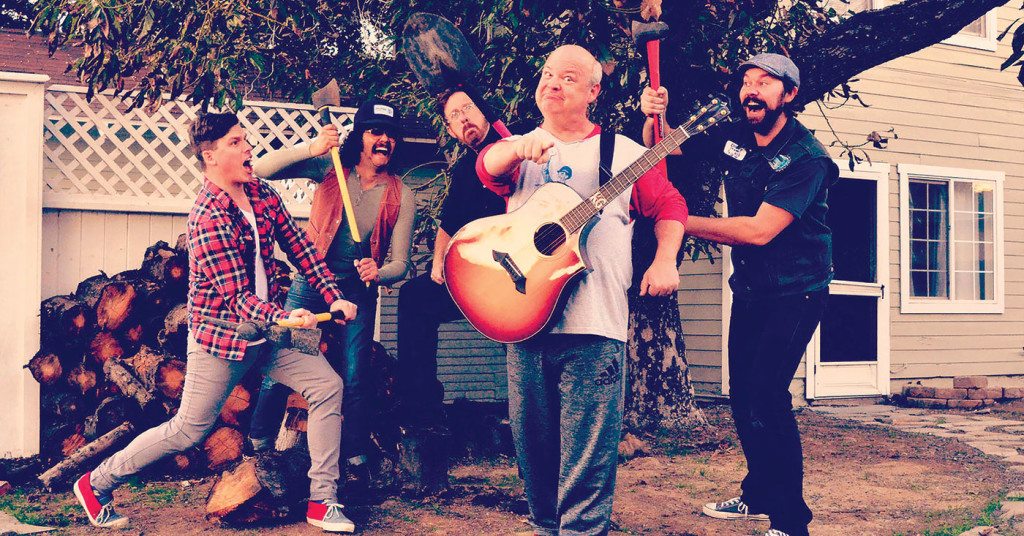 For more than 20 years, Kyle Gass has made some of the most lighthearted music out there. In 1994, Gass and actor Jack Black formed Tenacious D, which released numerous albums, starred in a television series and movie and won a Grammy for heavy metal. To say that Gass is accomplished is an understatement, although in spite of his achievements, he has an incredibly affable and laid-back presence.

That sense of humility is a part of who he is and where he came from.

“I started on the flute in third or fourth grade,” Gass said. “I enjoyed it. I played in band and started playing recorder. When I got into seventh or eighth grade, my older brother hipped me to the fact that you’ve got to play guitar: That’s what gets the ladies. I also wanted something that had polyphony. I realized that all my favorite music was coming from guitar. I just loved it right away. I just started playing.”

It’s that sincerity that’s informed so much of what Gass has done, equally visible in his music and acting work. Getting started as a musician, Gass leaned on humor to help him through: “I think at the beginning it was a portal into writing music. It took a lot of audacity to say: Here is an original song of ours. It seemed like it would be a very hard thing for us — Jack and myself — to do, once we thought about it from a more comedic angle.”

“I think what people respond to is an authenticity and a good fit. We’re definitely more of comedic actors. It was more fun for us to do it that way. At the time that we started, it didn’t seem like there was much of that musically, for sure. It was a good way for us to do it. That was our comedic shield. We love rock, and we’re pretty adept at it. I think our songs are pretty good. It allowed us to do it in the first place.”

Between his time with Tenacious D and his work with Trainwreck and now with his current band, The Kyle Gass Band, his art is often labeled as comedy or dismissed as nothing more than a gimmick, a platform for jokes. Gass doesn’t shy away from the subject at all, embracing the silliness as just another facet of the music.

“It’s interesting,” he said. “We run into it a lot — that if music has a comic angle, then people dismiss it. Why classify anything? The most serious songs have some comedy. The nature of the beast is kind of all there anyway.”

He leans towards collaborative writing and finds joy in his work with his bandmates.

“You can tell when something is working,” Gass said. “I think that I trust my instincts on that pretty well. It’s hard out there for a pimp, for sure. I guess … one does have to think of the audience and almost pander. Do you think this will amuse an audience? For instance, writing songs on the record we’re working on now — it became really personal. There are three songs that are about band members in the group. I guess it is a fortunate position to feel that freedom.”

Gass wants to amuse an audience. Of the impending Tenacious D record, he admitted, “I’m going to say it’s on it’s way, sometime in the future, [but] maybe not the nearest of the future. We’re not going to wait. We’re going to give it to you as soon as we can finish. But you can’t stop the D.”

Suffice it to say that touring with the Kyle Gass Band is often a much more intimate affair, but one that Gass and company love.