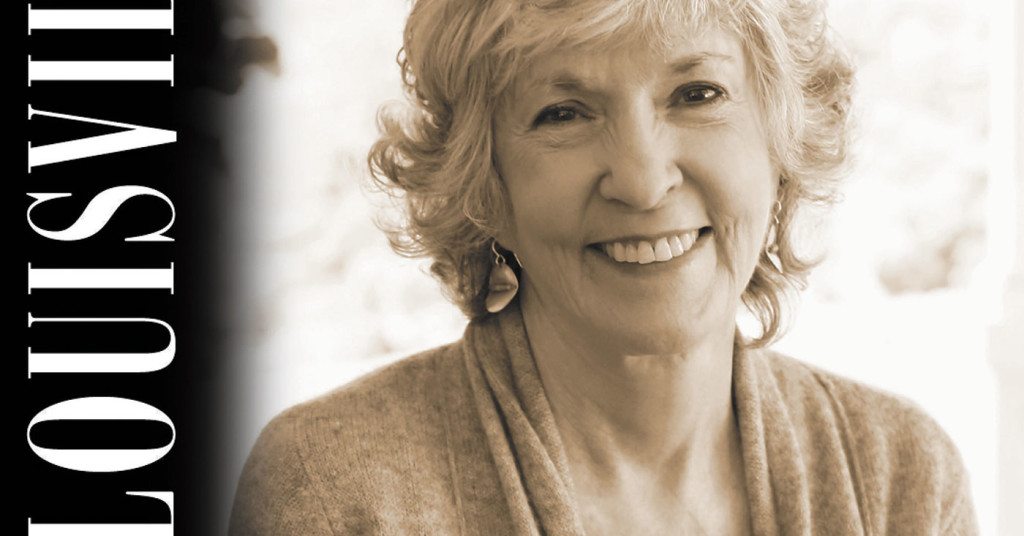 Louisville has spawned a lot of famous. And talented. And downright fantastic.

The Hometown Heroes program celebrates that by papering the city’s skyline with their faces. We thought we would take the occasion of the latest Hometown Hero banner, which features mystery author Sue Grafton, to propose our own candidates. They include some you know but others who work in the background without fanfare and help make Louisville a great place in which to live.

But everyone has a favorite whose mug they would like to see on the side of a building, so send us your candidate with one sentence in support to: [email protected]

The Hometown Heroes program began in 2002 as the sole project of the nonprofit Greater Louisville Pride Foundation. The group welcomes suggestions for honorees but requires sponsorship to offset material and labor costs to hang the banner. And a building must be found to display it. For more information, go to: louheroes.org

With her banner, Grafton joins these honorees:

Charles W. Anderson Jr.
Because he recalls a time when Kentucky once led the South on at least one progressive front. Anderson was the first African American elected to a Southern state legislature in the 20th century. A lawyer educated at Howard University, he opened a successful practice in Louisville, and in 1935 he ran as a Republican and won a seat in the state House. His long list of accomplishments includes an act providing state money to help Kentucky black students who were forced to be educated out of state because of separate school laws here at the time, and a law requiring rural high schools statewide to educate black children. Combating lynching, Anderson is credited with winning repeal of the public hanging law. Oh, and he was the first African-American Kentucky Colonel.

U.S. Rep. John Yarmuth
Because he founded LEO. And he is a pretty good congressman.

Sophie Maier
Because of her tireless advocacy for immigrants and refugees in Louisville. Maier is the immigrant services librarian for the Louisville Free Public Library at the Iroquois branch. She has made her life’s work helping the growing number of immigrants and refugees in Compassionate City. She has helped create many cultural and educational programs, including a Spanish Literary Salon, Arabic Salon, French Circle and Nepali Cultural Forum, and opportunities for people to learn and practice English. In her personal time, Maier organizes dinners to bring together diverse groups and to welcome newcomers and help them network. And she does it with aplomb.

U.S. Sen. Mitch McConnell
Because we love Mitch. We love that he makes Kentucky proud every time he opens his mouth. We think it is time Louisville honors him with a Hometown Hero banner. •