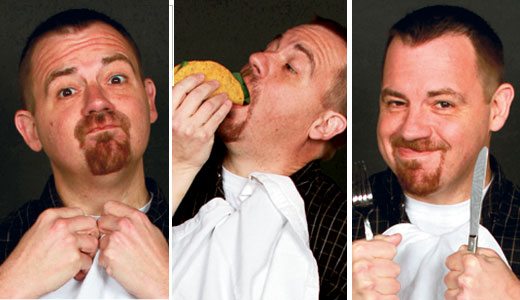 I like food with a story behind it, and Howard’s Creek Authentic Beer Cheese is one such food. It’s also pretty delicious, which doesn’t hurt.

In fact, just a few weeks back, Howard’s Creek cheese won Best of Show and Best American Original at the third annual Big Cheese Fest in Ohio. That’s out of 80 companies bringing cheese to the contest — some of them multiple cheeses. Howard’s also won last year. Anyway, those blue ribbons were well earned. Heck, the cheese was even featured in The Wall Street Journal back in 2015.

I come to you with this because I finally tried this Kentucky Proud beer cheese recently, and now I’m not sure I can get enough of it. But first the backstory.

The origin of Howard’s Creek beer cheese goes back to the 1970s and a small restaurant along the Kentucky River in Boonesborough, Kentucky. The place was called Allman’s on the River, and the owners came up with an idea that would prompt guests to order more drinks — something they called Snappy Cheese. It was a version of beer cheese with a spicy, cayenne pepper kick.

The restaurant would later suffer multiple fires and ultimately close, but a waitress from Allman’s went to work at nearby Hall’s on the River, which was on Howard’s Creek, and there she continued the tradition of Snappy Cheese, which by then had developed a large following. Unfortunately, in the 1980s, Hall’s sold the rights for Snappy Cheese to a Louisville company, which promptly changed the recipe for retail sales.

However, the modern-day Howard’s Creek Authentic Beer Cheese is a version of the original Snappy Cheese, and it’s even endorsed as so by the originator’s son, Tim Allman, all these years later. He said about current co-owner Kathy Gorman Archer, “Once I took a taste, I knew she had it just like my father Joe Allman did.”

So, if you haven’t had Howard’s Creek cheese, you’re probably wondering what it tastes like. Well, it’s spicy and tangy at the same time. In fact, it’s possibly the most tangy beer cheese I’ve had, which definitely helps make it “snappy.” And yes, it’s quite spicy — in fact, it carries with it a lingering burn that sets on the back of your palate, yet never threatens to go so far as open up the sinuses. Still, I could see it being a tad too spicy for some.

It’s made with sharp cheddar, along with garlic and other identified spices and, obviously, beer. So it isn’t terribly complicated; it’s just good. (Yes, the recipe is a secret.)

I love the stuff with extra-salty pretzels, which is the perfect snack for watching a movie or sporting event. But I hit the heights when I used the stuff on a burger I made at home. I coated both top and bottom of a whole wheat bun with the stuff (liberally), and just enjoyed the medium-cooked beef and cheese without any other toppings. Man, it’s the way to go with a burger.

Of course, a soft pretzel would be a perfect complement, and it would make a nice topper for hot dogs or in an omelet or, well, any application that might involve cheese. And, naturally, you’ll enjoy it with a beer; given the spice, you’ll probably end up drinking more than one, which was sort of the point in the first place, according to the story. Speaking of the backstory, Allman claims it is the oldest beer cheese recipe in Kentucky.