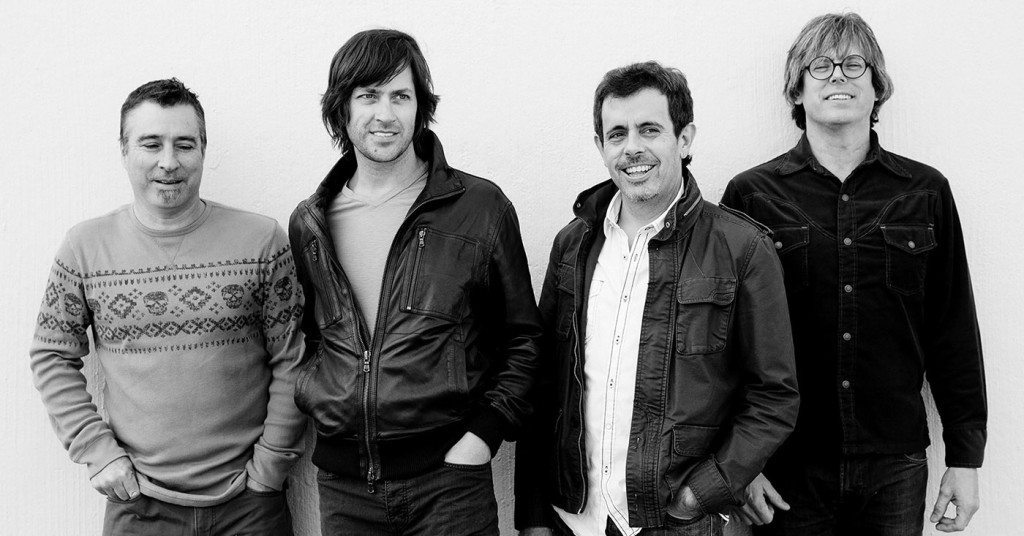 When Old 97’s formed in 1993, Nirvana ruled the airwaves and grunge permeated pop-culture — it was in the music, the movies, the fashion and even the literature of the era. A time which hardly sounds like the ideal backdrop for a band that’s a little jangly garage rock, a little Southern blues and a little West Texas country. Regardless of how it happened, Old 97’s have spent the last two-and-a-half decades on the road putting on high-energy live shows and pumping out consistently great albums. We called and spoke with frontman/chief-songwriter Rhett Miller before the band’s upcoming show in town.

LEO: The latest album, 2014’s ‘Most Messed Up,’ seems to be a darker record. Was anything going on personally that made the songs lean that way?

Rhett Miller: It’s funny, I don’t look at it as darker. It’s maybe a little more crazy, I think. I don’t know. I think it’s the cycle of songwriting, of being in a band this long. There was a point earlier in the millennium where we were all content and happy, some guys in the band were having children — and we were writing really chipper music. And with ‘Most Messed Up’ we just found that we’re at our best when we just rock, because we are very much a rock band. So I wrote a bunch of songs that lend themselves to that sound, and we went in and recorded them like the garage band I think we are.

LEO: Speaking of garage bands, how did you end up working with Tommy Stinson, member of the greatest garage band of all time, The Replacements on the album?

RM: It was funny: it’s kind of a chicken or egg question. We met at a charity event years before and kind of stayed friends. He came out to one of our shows and I asked him to come out to the studio while we were working. There was something about having him there, and this batch of songs that sounded like The Replacements or something Tommy would be involved with, which made it a no brainer for him to play guitar on the record. More than that, to me, he was very much the spirit animal of that album.

LEO: Who handles their whiskey better, you or Tommy?

RM: The first time we drank, I matched him drink for drink and I ended up carrying him back to his hotel room and taking care of him. So, I did better the first time. Every other time since then, he handles his so much better than me. I just give up.

RM: Kind of both. It was inspired by this sense of gratitude that I get to stand up on stage in front of this audience, who allows me to have this life. I keep seeing this younger generation of fans that just keeps coming through the door. They find our music and are as touched by it as the fans that have been with us for 25 years. I think that’s a very sweet thing.

LEO: How do you continue to make music that appeases longtime fans while still appealing to younger audiences?

RM: Well, in a way, I think it helped us that we never had a hit song. A lot of my friends that did have a hit in the ’90s, they’re really defined by that moment. We never had a specific moment that defined us. For a lot of people ‘Too Far To Care’ is the first time they heard of us, so that might put a thumbtack in our timeline there. But we never had anything that hung us to a specific decade or movement or a time. That was by design. We wanted every album to be an equal piece of our career, like a writer — a new album is like a new book we’ve written. We envisioned our career to be like a Willie Nelson, where no matter how old he gets he can still play and make records, regardless of if it’s on a major label or what. It’s because no matter what, the songs and music still touches people and it’s still relevant and it still holds up.

LEO: How close is this career to the career you envisioned?

RM: I’d be lying if I said I didn’t think there would be more money in it. When I was growing up in the ’80s, rock ’n’ roll had a bigger upside, a higher ceiling. But things change. I get that. And I’m glad they did in a lot of ways, because I feel like in the ’80s and ’90s, a lot of people pursued music because they thought it was like winning the lottery. Now, there’s no lottery aspect to it. It’s just people that have songs in them that they have to get out, and they’re motivated to have a career for the art of it all — and that’s exactly the kind of career I always wanted to have.