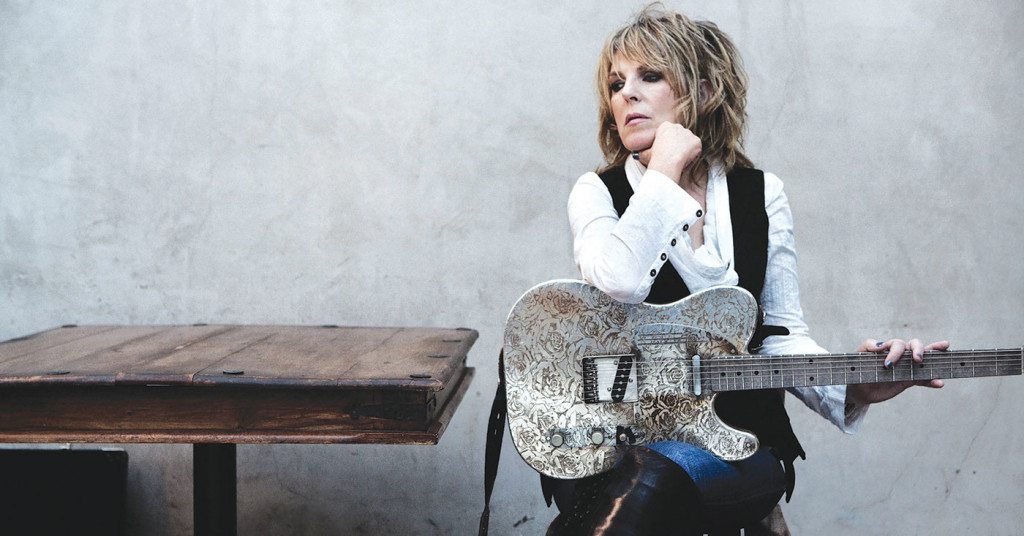 Lucinda Williams. It’s a name that carries so much weight and gravitas within the world of music, it almost seems insulting to even write an introduction for her. Thirty years into her career, she still writes songs with the fire of dragons. She wins an armful of awards with every album she releases, including multiple Grammys over the span of her career. She is a giant of country, blues and southern rock, and with release of her latest album Ghosts of Highway 20, she is coming through Louisville. She was rolling down the highway, about halfway between Minneapolis and Denver when she called in to chat with us.

LEO: Your father being a literature professor and poet, did that influence how you write lyrics?
Lucinda Williams: Yeah. My father being a teacher and a writer, growing up around books, I gravitated to it pretty naturally.
LEO: Car Wheels on a Gravel Road is a modern country classic: What was going on in your life at that time that inspired such an emotionally draining collection of songs?
LW: I don’t know. Well, first, I had a while to write those songs, for one thing. I was between albums and record labels, bouncing all over the place. Some of those songs took years to write, like ‘Drunken Angel’ was about a friend of mine, and I would just whittle away on that song from time to time until it was finished. And a traumatic thing happened in that time: A guy I cared about a lot, we lived together for about four years, named Clyde, he was from Texas, died. That inspired the song ‘Lake Charles.’ The Car Wheels album was right place, right time. I was as surprised as anyone by the response that album got.
LEO: You say Highway 20 has been a map of your whole life. Why do you think your life has always drawn you back there?
LW: When I was really little, just starting out my life, things happened in a way that leaves a mark, and a lot of those were in that area of the country. Like in Vicksburg, Mississippi, where my brother was born. Jackson, where my sister was born. Macon, where I started school. Those are really formative years. That’s where we were, and everything was so much different there. A lot of the blues singers I ended up listening to later in life were buried in that area. When we were living in Macon, that’s when my dad took me to Snellville to visit Flannery O’Connor, and he took me downtown to hear a blues singer named Blind Curly Brown, who would sing on the street corner. Those memories are pretty heavy moments, and very impactful on my developing little mind. It also runs through Monroe, Louisiana — where mom grew up and where she is laid to rest in the family plot. Which I wasn’t even aware there was a family plot until after she passed away. Uncle Cecil showed up and said, ‘We’re taking her to the family plot.’ But that whole area is filled with Southern gothic stories. Actually, my life is filled with Southern gothic stories.

LEO: We have something in common, in that we have both lived in Baton Rouge, and there’s just something magical about that city that is hard to explain to people that haven’t been there.
LW: I know, it is hard to explain. And it’s hard, especially to young people, to explain: when I say highway, I’m talking about a two lane blacktop, not a freeway. How you used to drive them and see those signs that say ‘Repent Now.’ That’s where the idea for my song ‘Get Right with God’ came from. I was going through pictures of old signs along rural highways, and one said, ‘Get Right with God.’

LEO: You have managed to straddle the line between rock and country for years. What is it that draws the two genres together in your music?
LW: I would say go back and listen to the country singers of the late ’60s to the first part of the ’70s — you know, Merle Haggard, Johnny Cash, and Elvis Presley’s early stuff. All of those Sun Records artists: Go back and listen to those guys and you will hear country moving into rock. But that’s the music I love, country and blues-based music, and, on any given day, one overtakes the other. But it’s really hard to explain the country thing now, especially considering the direction country music ended up going, which isn’t really country anymore. •