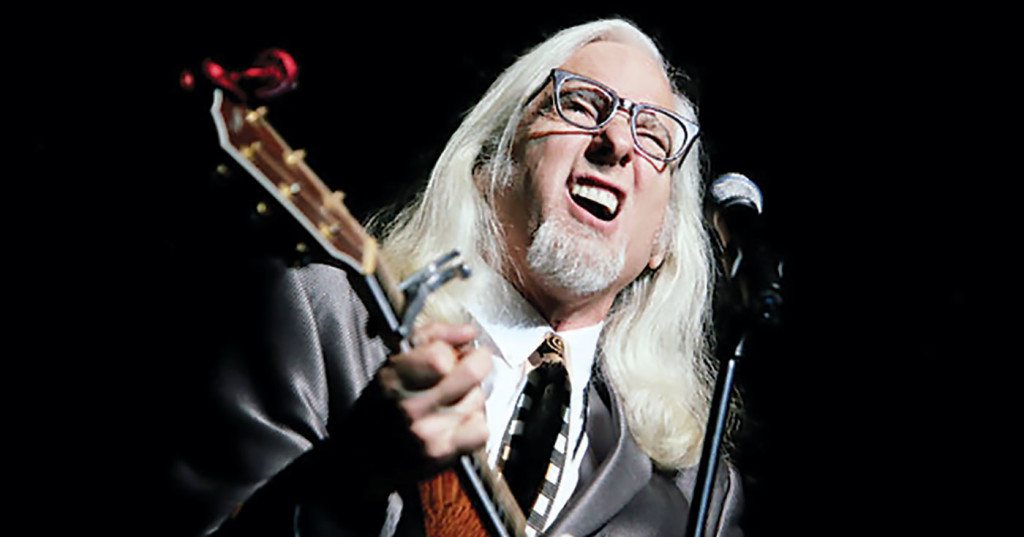 Comic Heywood Banks throws one of the most bizarre comedy shows of anyone in the business, and he’s been doing it for the better part of 40 years. His show mixes more traditional stand-up with characters and music, giving the audience perhaps the most unique comedy experience they’ve ever seen in person. Banks has lived three lives onstage at our city’s most beloved comedy venue, going all the way back to 1987 when he was the opening act for headliner George Miller on the weekend the club opened its doors in Mid-City Mall under the name Funny Farm. Banks continued to be a regular feature and eventual headliner all through the 90’s and 2000’s, well after the club had been rebranded under its most well-known handle, Comedy Caravan, in 1989. And here we are in 2016: same stage and once again a new name, The Laughing Derby. But you still have the same old Heywood Banks on the marquee. He will be performing in town this weekend at …well, you know where.

LEO: Do you have fond memories of Louisville over the years?

Heywood Banks: I always think about how smart the audiences are in Louisville. They just get it. Louisville is also really lucky to have great radio with people like Terry Meiners, Peter B., as well as Kelly K. and her new partner.

LEO: You have a long history with this club.

HB: Yeah, I was there the night it opened, when the upstairs office was just a storeroom, and they were still gluing up the fake bricks behind the stage. As you know, you can’t do comedy without fake bricks.

LEO: Is there a different dynamic with the crowd between doing conventional stand-up as opposed to doing music?

HB: I think it’s just a deeper dynamic to the show. A song can be like a palate cleanser before you go on to the next group of jokes.

LEO: Were you influenced by straightforward music, as well as musical comedy?

HB: Oh sure. Originally, I just wanted to be a middle of the road singer/songwriter, so I listened to The Beatles, I loved Hendrix. Eventually I had Dion, the guy who sang “Run-Around Sue,” record one of my songs for an album, and Ron Hendrick from The Four Tops recorded one of my songs. But when I first started playing guitar, my friend’s parents gave me two Tom Lehrer albums. He was a mathematics professor at [the Massachusetts Institute of Technology], but he played these amazingly subversive songs with pretty lyrics, like: “Poisoning Pigeons in the Park.” So I did begin writing weird, funny songs from the beginning, as well as, the more serious stuff I thought I was going to make a career out of.

LEO: What is it about Heywood Banks that makes him so beloved by so many?

HB: I have people come up to me and say they’ve seen my show 15 or 20 times, and I think a big part of it is the songs. Because if you hear a joke more than twice, it just becomes information; however you can love a song forever.