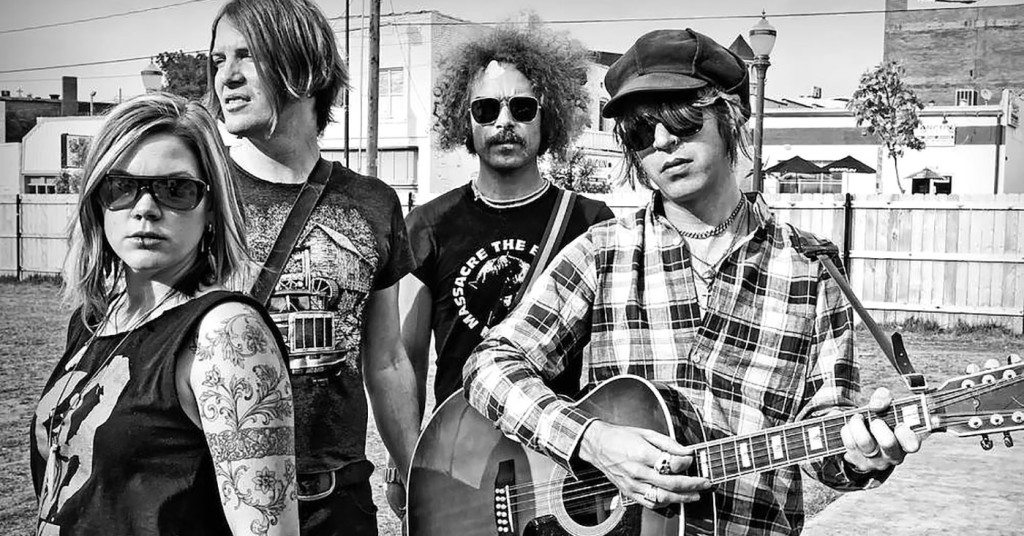 Twenty-five minutes into the documentary film “Dig!”, Dandy Warhols lead singer/guitarist Courtney Taylor-Taylor is eating a sandwich. You can deduce that they’ve stopped to refuel at a fast food joint because of the plastic straw and cup in his hand, and by bandmates Zia McCabe and Peter Holmstrom (off-camera) behind him chatting over french fries. He talks to the camera half-interested, despite making a suddenly huge predication about the band. “When we got together we realized our parents were all still married. And we were like, ‘Heh, we’re the most well-adjusted band in America.’”

There wasn’t even a pause to sink in before he says it again. “We’re the most well-adjusted band in America.”

But that moment was captured almost 20 years go. And since then Taylor-Taylor decided the film was more about their tour partners, the Brian Jonestown Massacre. Characteristically, the Dandy Warhols haven’t allowed anything to define them for too long. When the ‘90s Britpop wave had supposedly rode past, the Dandys vamped strong (The Dandy Warhols Comedown). When retro-guitar season hit the early 2000s, the Dandys unpacked their synths (Welcome to the Monkey House). This Machine, with its compressed new-wave spunk, was released in 2012 against all odds. This ninth studio album, Distortland, falls next into the sequence. But it’s hard to say where it will lead. Zia McCabe is still figuring this one out. When LEO spoke to the keyboardist on the phone, she analogized the act of writing the new record to a choose-your-own-adventure. She had just left another rehearsal at the band’s multipurpose music studio and art space, the Odditorium, where the live arrangements were taking shape.

“When you’re done, you have to look at the book with all the parts you didn’t use taken out, and reread it as the story that it ended up being,” she says. “I’m still getting to know that story, getting to know these final versions of these songs. ‘Pope Reverend Jim’ is really fun on record and really fun to play live. ‘Search Party’ I love the live version; I think our live version has even surpassed the recorded version so far. ‘You Are Killing Me’ and ‘STYGGO’ are both totally solid, recorded and live.”

“We don’t use any backing tracks, so we have to decide what the crucial elements are, you know,” she continues. “You just have to make it work in that setting. We’re in the middle of doing that. By the end of this tour, we’ll probably have it figured out.”

At the corner of two northwest streets in their hometown of Portland, Oregon, the Odditorium was established in 2010 by the Dandy Warhols. It has served them well enough to support their musical endeavors without a major label, as well as to give the local arts community a place to jam when they’re not utilizing the studio.

McCabe stays pretty busy these days. Many are aware of her powerful 2013 campaign to fight fluoridation of Portland’s water. But did you know she introduced Democratic presidential candidate Sen. Bernie Sanders to a crowd of more than 11,500 at recent political rally in March? She also is saving people from bad music, performing locally and nationally as DJ Rescue. And she continues her outreach and activism. Whether that’s on the board of Sun Cedar, a non-profit based in Kansas that helps at-risk populations, or simply dipping into a campaign when she’s called.

“I’m still learning my strengths as an activist and spokesperson,” she says. “And once you realize what your strengths are, then you kind of feel obligated to use them again and again, you know? I’ve always really hoped that we would be big enough to amplify my voice. I got into activism as a teenager … then I kind of didn’t do anything about it for like 20 years [laughs] and just like went the path.”

“Me and Courtney were just talking about this,” McCabe adds. “Courtney’s like, ‘When you’re young, you’re just trying to make it.’ And I’m like ‘Yeah, and then as you get older, you realize you have to fix it.’ I can’t help it at this point.”

Activism will have to take a backseat for the next few months, however, as the Dandy Warhols rev up for this spring tour through the U.S. and Canada.

What keeps the Dandy Warhols so well-adjusted?

“The Dandy’s rule of thumb that has gotten us through so many years, that we live by is: ‘When it’s good, it’s fun. And when it’s bad, it’s funny,’” she says. “We really rely on that between each other and rarely we have a time where not one of us can think of a funny angle on what we’re experiencing. That really saves us.”