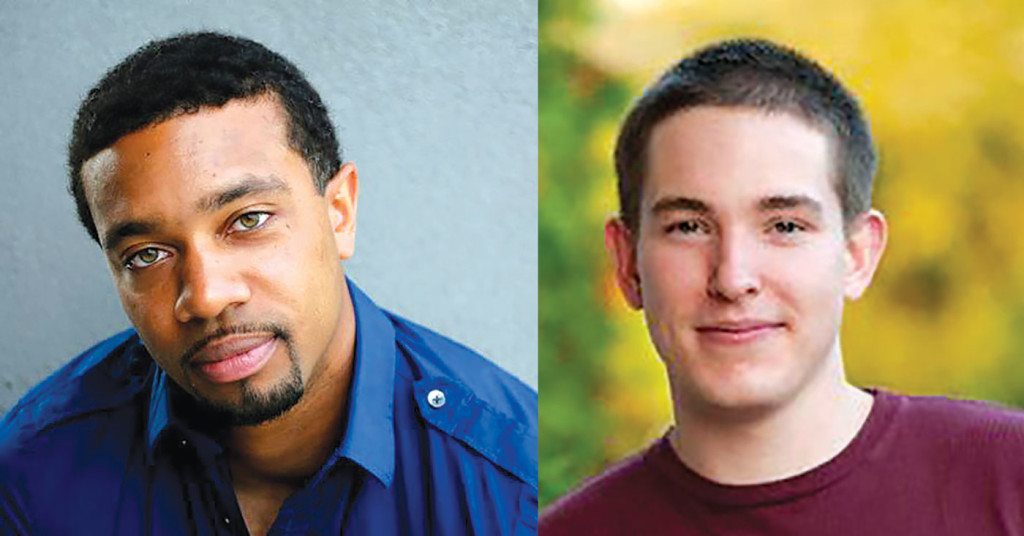 Sean Smith and Patrick Passafiume are two Louisville originals. They are comedians who began their careers at open mics around town, and, after years of performing side by side and show after show, the two have grown to become best of friends. Now that their careers have taken off, it has become increasingly difficult for the two of them, who began this journey together, to perform together as often as they would like. This weekend Smith and Passafiume (both of whom still call Louisville home) will take the stage alongside one another for a very special co-headlining series of homecoming shows, during which both comedians will be recording upcoming albums.

LEO: How has the local comedy scene changed in the years since you all started?
Sean Smith: In a lot of ways I think it’s the same. It’s just a whole new cast of characters. It’s gotten younger … I know that.
Patrick Passafiume: Obviously, when we first started we were the young guns coming in and trying to figure stuff out, and you’re going to people for advice. Now people are coming to us for advice. They’re looking at us the way we looked at Cleveland Jackson and Rich Ragains. It’s kind of fun to call people out on all the shit we did wrong.

LEO: Now that you all are the veteran comedians, does the way you were treated by the vet comics then affect how you treat young comics now?
PP: Oh yeah. I was never mistreated by anyone. It’s easy to do, you know. Just don’t be a shitty person. But yeah, I was lucky I didn’t experience any hazing or anything like that.
SS: For me, I go out of my way not to ignore people. When I was young, there were some people [who] I would see in the club every week and be like, ‘Hey man, what’s up?’ And they’d look at you like you weren’t anything, like they had never met you before.
PP: It’s funny when I talk to one of the younger guys, and they get excited that I’m talking to them. I mean, I am literally no one, and they’re excited … that makes me excited.

LEO: You’re both part of The Roast series (in which our city’s finest comedians and most-humorous thespians don costumes and assume characters while roasting pop-culture icons, fictional and nonfictional). Did stand-up prepare you for doing that level of acting … whatever level that may be?
SS: [Laughs] You said that the perfect way.
PP: As for the writing part, it helped, for sure. As far as the performance goes [and] staying in character and improvising, I think studying at Second City helped me a lot.
SS: It’s really the only time as a stand-up that you get to work with a team. Improvisers get to work in teams all of the time. [We] love working together on stuff, but those opportunities are so rare because that’s just not how stand-up is. It’s by yourself. But The Roasts are like getting to do stand-up in a group setting.

LEO: Even though you’re old friends, when you’re on a show together is there a certain amount of competitiveness to do better than the other one?
PP: Not really. I just want the show to be good. The competitiveness for me is with myself. With Sean and a few other comedians — my goal is to make them actually laugh out loud at some point in my set.
SS: For me the competitiveness comes … in that I have to keep the momentum up. I don’t want Patrick to have a great set, and then [I] come on stage and be the drop-off. I love Patrick. I always want him to kill it, because that just means I have to be that much better myself.
PP: That being said, fuck Sean. I’m going to ruin him this weekend.