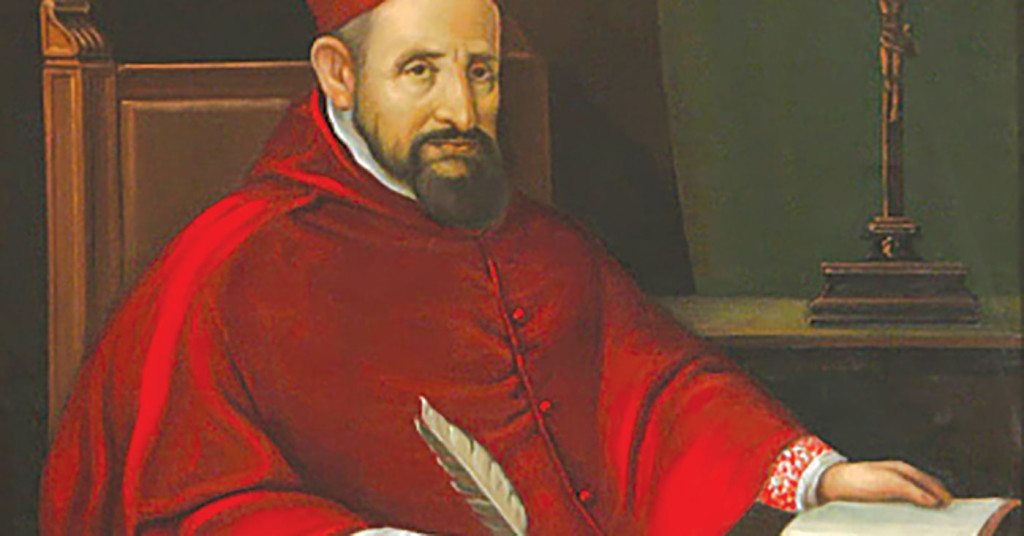 In the 1600s, St. Robert Bellarmine, for whom Bellarmine University is named, signed off on the condemnation of Giordano Bruno as a heretic. Because of this, Bruno would later be burned at the stake.

The saint’s legacy has opened a discussion about whether Bellarmine University should change its name, perhaps to Thomas Merton University. But at least one supporter says he was a scholar and defender of Catholicism. A Bellarmine University official declined to comment on changing the university’s name, except to say it was “not something that is under consideration by the university.”

The issue surfaced recently when Virgil Boyd, Jr. wrote in a March 14 letter to The Courier-Journal that Bellarmine University can no longer ignore Bellarmine’s alleged involvement in torturing Bruno.

“Women, children, the LGBT community, Native Americans, African Americans such as myself and other minorities who have been historically disempowered, oppressed and abused will never be comfortable in an institution or community that celebrates a perpetrator of such violence to the human body, mind, heart, spirit and soul,” said Boyd, an Indiana resident. “After deeply meditating upon the depravity of ‘Saint’ Bellarmine’s acts, can you?”

But in a March 28 letter to the newspaper, Michigan resident and Bellarmine alumni Jack McGrath wrote that he was proud of the university’s connection to St. Bellarmine.

“St. Robert Bellarmine was a saint and scholar and one of the greatest defenders of the Catholic faith. It would be a huge mistake to rename the school that has prospered under his patronage,” he said.

McGrath said that St. Bellarmine’s involvement in the execution of Bruno is inaccurate.

“Although it is true that Bruno was burned at the stake, which was a tragic injustice, I find no account anywhere about his mouth being immobilized with an iron clamp and spikes driven through his tongue and palate into his brain,” said McGrath. “It was Bellarmine’s job to point out error. It was not his job to pronounce sentence. […] The Board of Inquisition, of which Bellarmine was a new member, declared Bruno a heretic because he was a heretic. He was a Dominican priest running around denying the Trinity, Christ’s divinity and the virginity of the Blessed Mother.”

Boyd and McGrath could not be reached for further comment.

Dava Sobel, author of the novel “Galileo’s Daughter,” which chronicles Galileo’s encounter with the Roman Inquisition and Bellarmine, gave a lecture at Bellarmine in 2010. She said that Bellarmine “did sign Bruno’s condemnation,” which led to his burning at the stake.

Mark C. Meade, assistant director of The Thomas Merton Center at Bellarmine University, said that judging the historical figure of Bellarmine by modern standards is unfair, and that Bellarmine’s legacy is not all negative.

“They didn’t mention that Thomas Jefferson may have gotten the concept of ‘all men are endowed with inalienable rights by their creator’ from Bellarmine’s writings,” Meade said.

Meade said he would support Bellarmine University changing its name to Thomas Merton University, because he believes Merton “is a very inclusive face for Catholicism.”

“He created dialogues with many leaders of other religious traditions, worked on civil rights issues, wrote across the Iron Curtain to other priests in Russia during the Cold War [and] did work in South America with religious leaders there,” Meade said. “He was true to his Catholic roots but open to everyone, which I think is how Bellarmine wants to form their identity.”