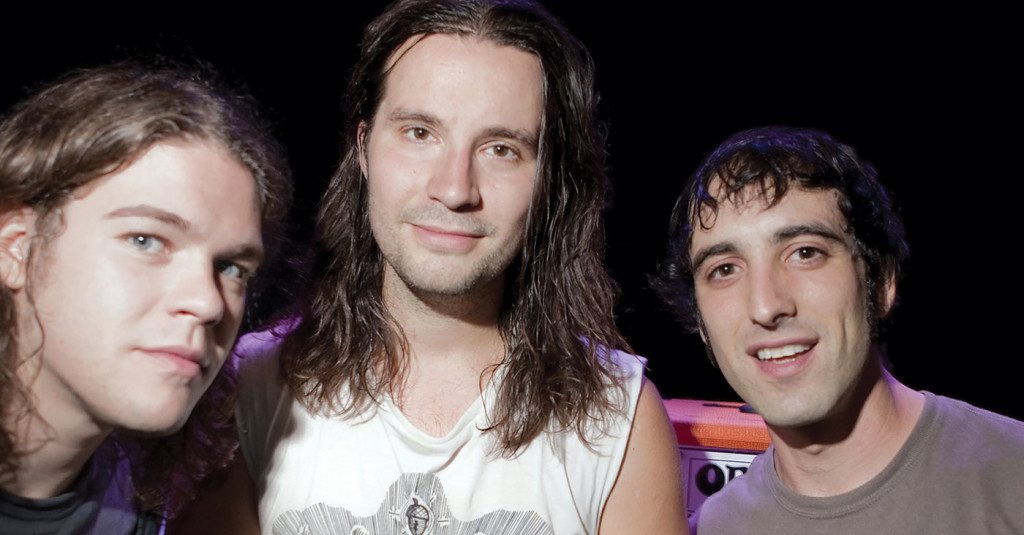 When I caught up with the members of Mutoid Man — the metal(ish) trio of singer/guitarist Stephen Brodsky, drummer Ben Koller and bassist Nick Cageao — a few weeks ago, they were finishing up practice at Saint Vitus, a venue and bar in Brooklyn where they’re rehearsing and writing new material before business hours.

“We’re up on the stage and we have great sound and a good vibe,” Brodsky says. “I think it’s helping in a sort of way where songwriting and putting stuff together is expedited. It’s a terrific environment, in a room where we’ve played at several times. It kind of allows us to feel like we’re in a performance. It kind of makes the songs come together a little easier.”

Mutoid Man’s last record, 2015’s Bleeder, was a batch of furious, yet controlled math-infused thrash songs that seemed to draw influence from the various branches of punk, metal and rock. And, they’re currently shaping the follow-up.

“We’ve been averaging one new song per rehearsal,” Brodsky says. “So, it’s a pretty good pace. I think today we put together the fifth one. So, technically that’s about a half a record, but it’s like 5 minutes Mutoid Man time.”

Songwriting is a very collaborative process for Mutoid Man, and something that they don’t want to be systematic. Brodsky says every song is different in terms of where an idea comes from and where it ends up: “It varies. It’s all over the place. I think the element of surprise for how songs come together for us keeps the whole process feeling pretty fresh. Today, for instance, there was a song that Nick and I started writing, pretty much around the time we started jamming together, and then, in the past couple months, I sort of dug back into it and revamped it and added some extra parts — gave it kind of a blood transfusion. [Nick and Ben] kind of already knew the song, so we just cranked it out in less than an hour and it was one of the fastest things that we’ve written.”