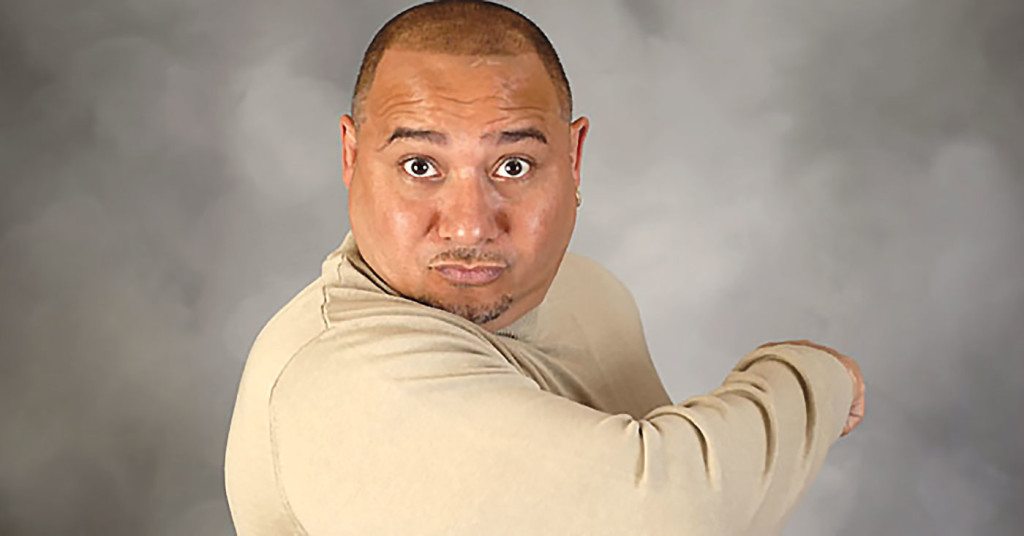 Alex Ortiz followed a twisted path to the stage. The Chicago native leaves audiences in stitches all over the world. His high-octane show uses impressions, characters and stories to paint his rich personal history as a veteran, a nurse and a firefighter against the canvas of his Puerto Rican upbringing. Ortiz spends most his year on the road making people laugh anywhere and everywhere, and this weekend it’s Louisville’s turn when he headlines Laughing Derby.

LEO: You were a nurse and a firefighter before doing comedy: How did you make the leap to comedian?

Alex Ortiz: I’ve been stupid most of my life. I did the voices, told jokes and just acted silly. So people were like, ‘You’re hilarious: You need to do comedy.’ I guess I had been performing my whole life and didn’t know it. The first time I ever did it was at a hospital Christmas party. Someone asked me to go up and talk for a few minutes. After that, I went out and started hitting up clubs and loved it. Then the comedy thing got bigger and bigger, to where I had to decide if I wanted to continue being a first responder.

LEO: That had to be a big decision for you.

AO: Oh yeah, it cost me a lot. My wife left me. She didn’t want to be married to guy on the road not making any money, which is how comedy starts. When I was a firefighter and nurse, I was making a really good living, but when I went to emceeing at a comedy club for like 50 bucks a night, it was a big change.

LEO: Do you remember the point when you knew you had no choice but to make that change?

AO: I think it was when I won the Showtime at The Apollo Comedy Championship in 2002. The Apollo crowds are brutal. They’ll boo you, and then they have this guy called The Sandman who will come out and grab you off [the] stage. So when I made that whole season and won the championship, that’s when I knew I had to do this.

LEO: That change has led to you doing a lot of work with the United Service Organizations. How are those audiences different than your usual crowd?

AO: They’re more receptive. The USO puts together shows for morale, so they come out in droves, and they’re ready to have a good time. Usually club audiences are receptive, too. But every once in a while, you see those people sitting there with their arms crossed like: ‘You better be funny.’

LEO: There has to be something fulfilling about doing those kinds of shows.

AO: Oh yeah. For me — I’m ex-Army myself, so it’s always good to go back. It’s like a camaraderie thing.

LEO: Being that you’re from Chicago, how has that city helped mold your sense of humor?