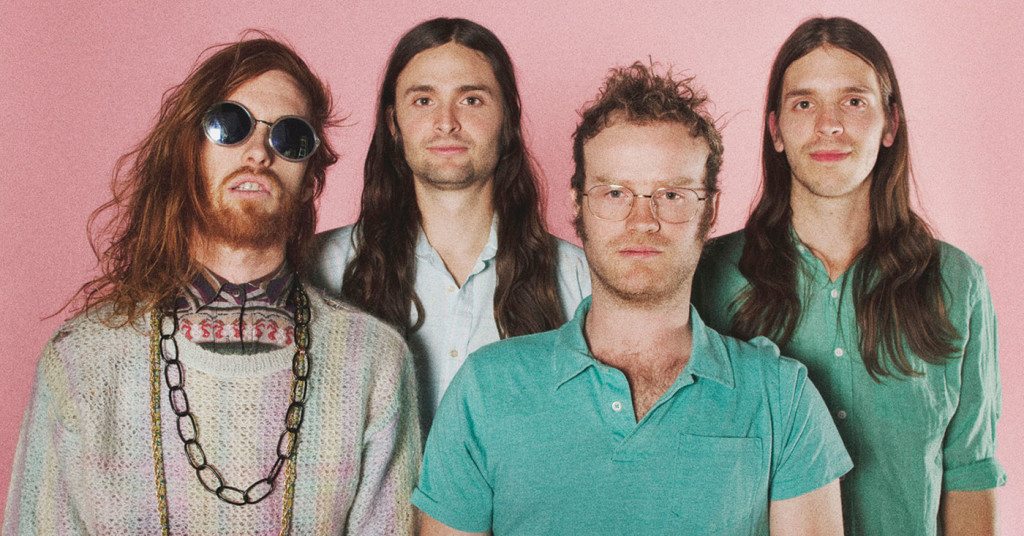 A folk-rock band that veers into low-fi indie, Frederick The Younger combines vintage pop tropes and modern experimental sensibilities, creating something that feels both familiar and new. With two singers and a band that can move in a lot of different directions, Frederick The Younger is a great way to kick off the day. Where to start: listen to “You Don’t Lie” and “Human Child” on their Bandcamp page.

Quiet Hollers first album, I Am the Morning was a solid alt-country release, but last year’s self-titled follow up seemed to be where they really caught their stride, establishing a thicker and bolder sound that’s hard to explain because it just sounds like them. Where to start: “Flood Song” off of self-titled and “Road Song” from I Am the Morning. Both are available on Spotify.

Garage-rockers that deal in ’90s-fuzz and punk attitude, Nashville’s Chrome Pony are all about the sort of manic energy that put rock n roll on the map in the first place. Where to start: “Base of the Mountain” from Lazy Bones and “Ragged Child” from Past Lives. Both are available on Spotify.

Cinematic and strange and brilliant, Wax Fang is a trip through a psychedelic wonderland that builds and falls and is wildly ambitious, but precise and direct at the same time. Their three records are all very different, but seem cohesive in a three-act rock opera sort of way. Where to start: At the beginning, with 2006’s Black & Endless Night.

A crowd favorite at last year’s Forecastle, Dr. Dundiff, Touch A.C. & The Smokeshop Kids put on a high-energy show that will more than likely be complete with appearances from members of the local hip-hop scene. Where to start: the Touch A.C. / Dr. Dundiff EP Page of Cups, which is available on Touch A.C.’s Bandcamp page.

Mixing the drive of Southern rock, collected folk-rock that brings to mind that ‘70s Laurel Canyon sound and the unpretentious twang of throwback country, Natural Child is a whirlwind of Americana through the years.  Where to start: “Out in the Country” and “Rounder,” both of which are on Spotify.

A hazy wall of sound that splices blues, soul and psychedelia, Fly Golden Eagle takes straight-up rock n roll and sees how far it can be pushed, ending up with a Frankensteined sound that never gets boring. Where to start: “Stepping Stone” from their latest record Quartz, which is available on Spotify.

GonzoFest takes place on Saturday, April 16 at the Big Four Lawn in Waterfront Park. Tickets are $20.