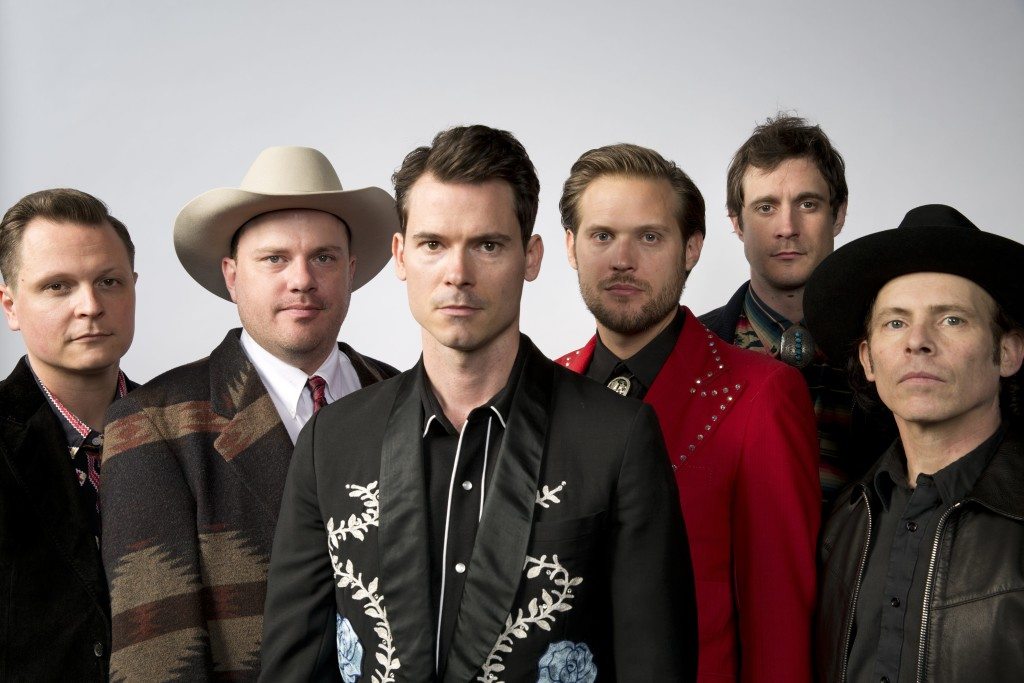 Everyone knows Old Crow Medicine Show, and even if you don’t, you know the song. That song. The song that is being played constantly by every bar band in every hole-in-the-wall in America, as we speak … yep, they’re the ones responsible for ”Wagon Wheel.” Hell, even Hootie covered the song in this country tinged fade-out phase he’s been suffocating his career with lately. Regardless, Old Crow is a traditional folk group made up of mostly acoustic instruments that has built a reputation for putting on one hell of an electric show. They will be in town this week performing at The Palace Theater. Lead singer Ketch Secor took some time to chat with us about music, Merle Haggard, and “that song.”

Ketch Secor: It’s good to come back to Louisville, we’ve been playing in Louisville for a decade and then some.
LEO: A lot of bourbon-soaked memories?
KS: More like cheap beer. No one was pouring us good bourbon. When I was getting drunk in Louisville, it was all Miller Lite. But, yeah, we’re in the high cotton now, so we can drink the good shit. I never threw-up in an elevator except in Louisville.
LEO: I hope it was a nice elevator.
KS: Oh, it was one of the nicest elevators in the city, and you have a city filled with nice elevators.
LEO: I think that’s on the sign. So, let’s start with what’s the secret to keeping a band together this long?
KS: Gosh, I don’t know, it has been a while. One thing that has happened is that if you set yourself a goal that takes you 18 years to achieve, like our goal was to be a member of The Grand Ole Opry, that’s a 20-year plan. It’s taken a long time to see this Old Crow thing through. The line-up has changed, and we aren’t the same group of guys that set out for the Indian Reservation in South Dakota in 1998. We’re not the same group of individuals that picked grapes in New York State to fill our gas tank and roll out of town. So, the line-up has changed significantly, but it’s like a ball team, the 2016 line-up of the Louisville River Bats doesn’t look a lot like the line-up of the 1998 River Bats.
LEO: It didn’t take you all 20 years to achieve your goal: Old Crow Medicine Show, was invited to join The Grand Ole Opry in 2013, what was the first thing that went through your mind when you found out?
KS: “You sure you all got this one, right?”
LEO: How has being on the road changed in nearly two decades of touring?
KS: It changes incrementally. You start out in that Volvo we were driving in 1998, to a Chevy S-10, and then you’re driving around in a Suburban. And then you get that white trailer and a van combo, and you’re filling up on gas on Brooks Road, just south of Louisville hoping that the hot dogs will clear your head long enough for you to make the rest of the drive to Bowling Green.
LEO: What drew you to playing this folk/bluegrass fusion that Old Crow does?
KS: It’s all because of Merle and Willie Nelson, and those records, and how they made you feel when you were a teenager. You listen and you would think, “Oh, I’ve got a fighting side, too.” My politics have always been very different than what I perceive Merle’s to have been, but that doesn’t mean that I didn’t take “Okie from Muskogee” to be about me and my town. I didn’t grow up in Oklahoma, but I grew up in a town just like the Muskogee in that song, I was just on the other side. I grew my hair long and took LSD.
LEO: You toured with Merle.
KS: Yeah, that tour got cut short in Walla Walla, Washington because Waffle House pulled their corporate sponsorship and Merle was just losing so much money trying to keep it moving. But, while it lasted, there were eight shows, in which we followed his Silver Eagle tour bus in our Grand Marquis rental car. We were just eating Haggard’s dust through the Sacramento Valley, through the San Joaquin Valley, shithole towns in Arizona that nobody ever played. But Merle played there. Merle loved America in a way that country music had never seen before.
LEO: I had to go to Owensboro to see him.
KS: Right. He’s not going to play The Palace in Louisville, he’s going pick the tertiary towns, and he’s going to play on the outer edge. Merle was a real westerner. Like one of those lizards that thrives in arid heat. He was a California guy, but not the California you see on television with Palm Trees. He was the California that was dusty, that was Merle’s.
LEO: That’s kind of how I’ve always picture the “Hotel California.”
KS: Really? I kind of picture palm trees in front of Don Henley’s hotel. Palm Springs. I feel like “Hotel California” is heavily irrigated, where “Send Me Back Home” is bone dry.
LEO: Is it strange to have written what I would call this generation’s “Sweet Caroline” with “Wagon Wheel”? It’s impossible to walk into a bar and not hear the band play it at some point.
KS: Yeah, you know I’m glad they’re playing it, but, if it were up to me, I’d probably be playing “Mama Tried.”
LEO: Do you know what Bob Dylan’s take on the song was when he heard it for the first time?
KS: I can imagine he listened to it and thought it sounded alright, then shut it off, sat down and wrote 48 more songs just as good as that one.
LEO: Your live show is amazing, did that come naturally or did you all work at being a dynamic live band?
KS: Oh no, we were good at that from that start, and that’s about all we were good at, was being dynamic and loud. We started playing on a street corner, so you had to be good to get people’s attention as they were walking by.
LEO: Do you ever feel like outsiders in a music industry that doesn’t seem to value live instruments anymore?
KS: Hey, it looks pretty good here at the backdoor of country music. I know I’ve seen Merle sitting on the porch near the backdoor, on the stoop. I mean, who wants to get into “The Big House?” Fuck that, that’s not any kind of place to be hanging out anyway … never was.