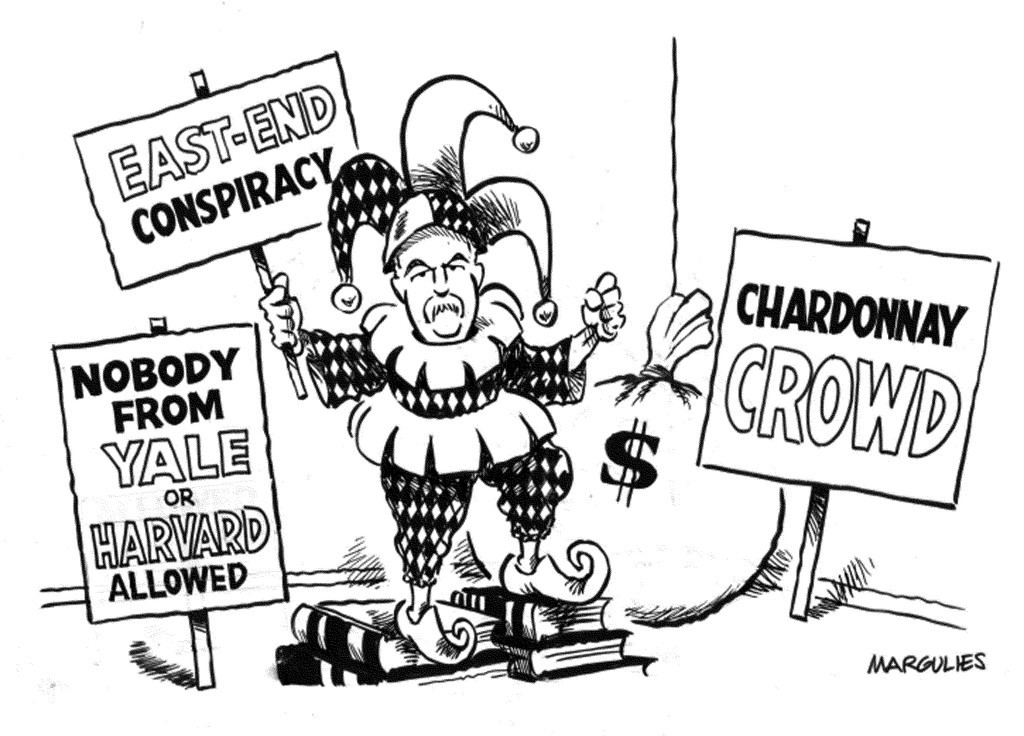 UofL Trustee Robert Hughes has gone on the attack, expressing his dislike for former Trustee Steve Wilson’s satiric look at President James Ramsey’s battle with the Board of Trustees. The reaction was to Wilson’s piece, which was published exclusively in LEO on Wednesday, as was a counterpoint commentary from Hughes. After reading Wilson’s piece, Hughes attacked him through the LEO comment section, focusing on among other things, Wilson’s educational background and whether he gives enough to charity.
Here is what he said:

“I would add to the above two articles that i had not read Mr. Wilson’s comments before writing my opinion. I am deeply disappointed in the sexual/sexist overtones that I am sure will be offensive to professional working women doing their job referred to as a seamstress. Regarding my house, that is a donation spread over five years, 3 of which are remaining for me to live in the home. The deed is in the Foundation’s name for the Cardinal Covenant program for poor students to be able to afford college. I would ask Mr. Wilson in the name of charity, to donate the home afforded to him by marriage in the same manner to help poor students.

On the Alumnus of the Year Award 2014, I was deeply honored because that was based on over 23 years of donating my time to the Ky. Medicaid Pharmacy program to help our poorer citizens and for the work and donations on behalf of the University of Louisville. It seems to have bothered Mr. Wilson to see that on the building on his way to 21C. To get that honor, you at least have to be an alumnus of the University of Louisville, and to go further, to get that honor at any university, you have to at least have a college degree from somewhere. Merely listing that you attended Murray State University on your resume does not qualify you.

I hope in the spirit of helping those less fortunate or lucky, Mr. Wilson will avoid fairy tales that are hurtful to people and institutions, and instead, donate his home or at least 20% of his combined marital wealth to those in need. At that time, I will laugh at the cartoons and begin to take him more seriously.

Unsurprisingly, Hughes also wasn’t thrilled to be caricatured as a jester by a famous editorial cartoonist: 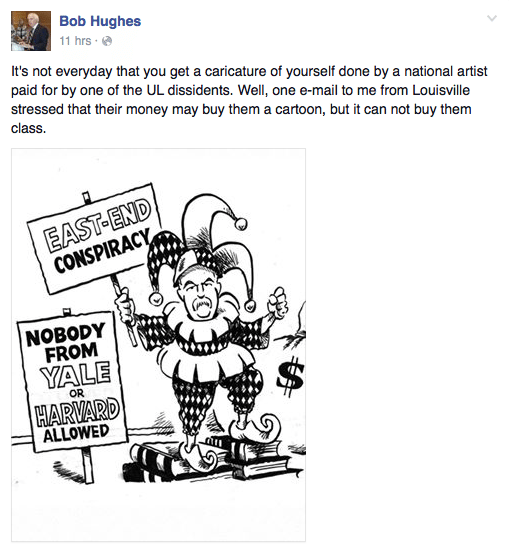