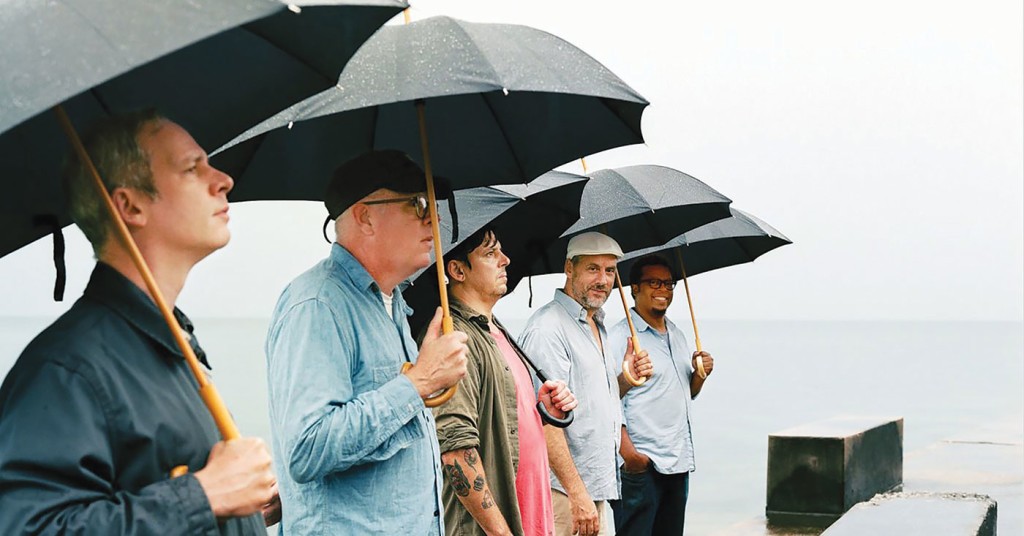 For more than 20 years, Tortoise has been slowly and steadily making some of the most compelling music in the indie world, blending elements of prog, dub, jazz and krautrock into a cohesive whole. A largely instrumental ensemble, Tortoise, formed in Chicago in 1990, makes music that privileges the aural experience over any sort of narrative composition, realized sonically by a lineup that’s always changing but always seems up to the challenge.

Of his introduction to the band, longtime member Jeff Parker recalls, “I first became aware of Tortoise more just from being involved in a specific community in Chicago in the early ’90s. I first heard it and thought it was really unique. I became, not so much of a fan, but I thought that what they were doing was really cool. Shortly after that, early on in the band, they started asking me to sit in when they played in Chicago.”

He adds of his experience, “The first time I played with them was opening for Stereolab at the Lounge Axe in 1995, I would say. I would play with them when they played in Chicago. They asked me to go on some tours and stuff, but I was committed to other … I was making my money as a jazz musician … and I’m sorry to put it like that, but that’s the way it was. Over time, I became more and more of an active part.”

Through time, the members have scattered to different parts of the country, but, according to Parker, space isn’t an issue for the band’s dynamic.

“Tortoise has always been kind of a band where people work on things at home and then we present them to the band and the band develops it further,” he says. “It’s weirdly like a compositional collective. The process usually starts with people demoing things at home. It’s been that way for a long time, since before people could make it on their computer, a lot of us used to do it to cassette four-tracks and stuff like that. It may just become that we work in a more remote way now that two of us live on the West Coast.”

Of course, environment is an intrinsic quality to any songwriter or group of composers.

“Tortoise is a very, very Chicago,” Parker says. “I won’t say Chicago-centric, because that’s where we all lived and we were part of the music scene there. Chicago has a big tradition of improvising. A lot of that is because people are so busy working that there is not a lot of time to rehearse. A lot of the collective music making is really spontaneous and based on the fact that there is a work circumstance that someone is fulfilling.”

He continues, “Not that that sort of thing doesn’t happen somewhere else, but in Chicago it’s not people composing things for specific projects. It seems that there is not as much of that in Los Angeles. Things seem more formalized in a way. A lot of the music making that I’m involved with out here is less spontaneous and freewheeling or edgy than the music in Chicago.”

It’s worth noting that Tortoise has had more than a little Louisville influence in its DNA.

“Louisville is definitely always felt like a part of the Tortoise family tree,” Parker says. “Definitely some of the most brilliant and creative weird musicians that we all admire and kind of really thankful to even have gotten to be friends with are from Louisville. Bundy and Brian McMahon. And Dave Pajo and Dave Grubbs and Brit. Freakwater. Cathy Irwin. It’s always been kind of a sister city. Satellite city for us. And that even makes it seem too small. Louisville has always been a very big and precious place for us. We always love playing there and the people are amazing.”

Regardless of their environment, Tortoise continues to grow in their unique way.

“I think all of our records are an evolution, because they are all kind of a reaction to the last one,” Parker says. “Our band has been very forward thinking, which means kind of progressive in a sense. Progressive in terms of the musical universe that we exist in and we want to keep putting out work that’s different from other things that we’ve done. We have a sound, a band identity and stuff, but it’s not a contrived way. All the records are different.”