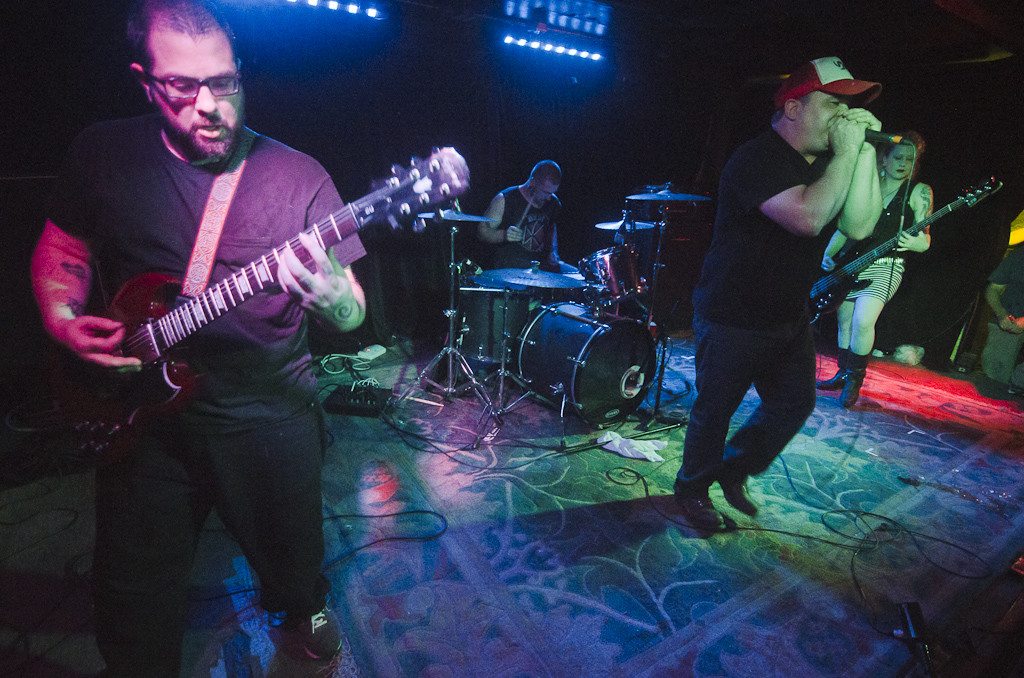 Shutaro Noguchi – “African Flower 2”
A few weeks back, Shutaro Noguchi of Dream Eye Color Wheel quietly dropped the wonderful “Back of the Horse” EP. It’s hard to articulate exactly how beautifully Noguchi and company synthesize such a variety of sounds into such an excellent and cohesive whole, but that’s why they make recording devices — this is worth repeat listens. “African Flower 2” is a goldmine. There are elements of mid-‘70s prog, krautrock and folk here, blended in with some of the most ideal found sounds you could imagine. It starts off with a serene passage that carries through until about the midpoint of the track, before moving into a comparatively dynamic section. This is picturesque music that makes you want to go mild or go home.

Ted Tyro – “Slow Country”
I wouldn’t say that their sound is out of place in Louisville necessarily, as there is a minor key melancholia that runs through all of their music, usually manifested in some of the most mellow and understated music around. Still, that they play it so subtly, with low-key vibes and lo-fi production, certainly brings to mind early Elliott Smith, Sebadoh or the Silver Jews, albeit as filtered through simple drum machines in that way that a band like Air makes seem so cool. That’s the thing about Ted Tyro: In all of that laid back vibe, there is a cool and calm collectedness here, and one that exists in defiance of the music. This is bedroom indie for the AM radio crowd and it’s easy in all the right ways, like a warm and lazy spring afternoon.

I Have A Knife – “Fuck Shit Up”
Hearing Rat scream “Fuck Shit Up” is a magical pick-me-up if there ever was one. In the span of a blistering one and a half minutes, the I Have A Knife crew pound out some of the most intense punk rock going, and they do it with a gleeful kind of energy. You can practically see that righteous glimmer in their eyes when the band hits that scuzzy bass breakdown, or when Sean Garrison starts in about hand jobs and such. This is punk rock in the most classic, who-gives-a-shit way, the sort that demands that you flip tables, and, well, fuck shit up. You might do that metaphorically or spiritually, rather than in any literal sense, but it’s pretty apparent that I Have A Knife are just fine with however that plays out, so long as you take action and take it now.

House Ghost – “Kid Icarus”
Upon hearing “Kid Icarus” by House Ghost, it was immediately apparent that they had to make the cut. This is pop at its most unflinching, the sort that might be used to score the cinematic actions of cute rascals like Michael Cera or Ellen Page … but not all that saccharine. As such, you have an incredibly easy listen here, with breezy guitar lines, gently sung vocals, and that kind of synth work that tells you that the keyboardist got down with an 8-Bit Nintendo in his youth. The fact that everything is pretty chill here, both in terms of the tonality and in the approach to the performance here, speaks less to any lack of acumen at anyone’s preferred instrument, and most at the restraint put into employing such. As such, there is an almost Zen like quality here, where just putting it out there is fine and trying too hard won’t cut it.

DameO – “For the Ville”
Growing up in the time of Shaq getting raw with Fu-Schnickens, it’s hard to take any crossover acts all that seriously. And maybe I shouldn’t. Who am I to say what Bo knows, or why he knows it? So, the fact that Damion Lee, aka DameO, has a listenable track, let alone a decent one — I’m pleasantly surprised to be wrong. You’ve got your requisite hometown love, and that hip-hop hubris that we all know and love, as Lee waxes about what the “real Louisville come up is.” Again, I couldn’t tell you what’s what here, except that the beat is solid, which at least means he has an ear for decent production, and the rhymes all work. What is so surprising though, is how durable this track is on repeat listens. There is a bounce here that just makes you want to cruise around town, everything passing by in slow-mo, while you just roll.

Filthy Rich – “Karimba on Fleek”
What Filthy Rich does so well is make the kind of chill bangers that highlight the little moments in life. While I can’t say that I’ve ever experienced a time where I truly felt like my karimba game was on point, I can say that I think we all really live in that moment where everything is absolutely hitting. Is that the message in this track? I couldn’t tell you. As an instrumental, it’s a choose-your-own-adventure sort of thing, where you build the narrative based on how you might feel at the moment. This is absolutely soundtrack music, of the sort that feels like something low down and absolutely smooth is about to happen. Whatever the deal, Filthy’s music never fails to engender a mood and feel that paints a picture and leaves you wanting more.