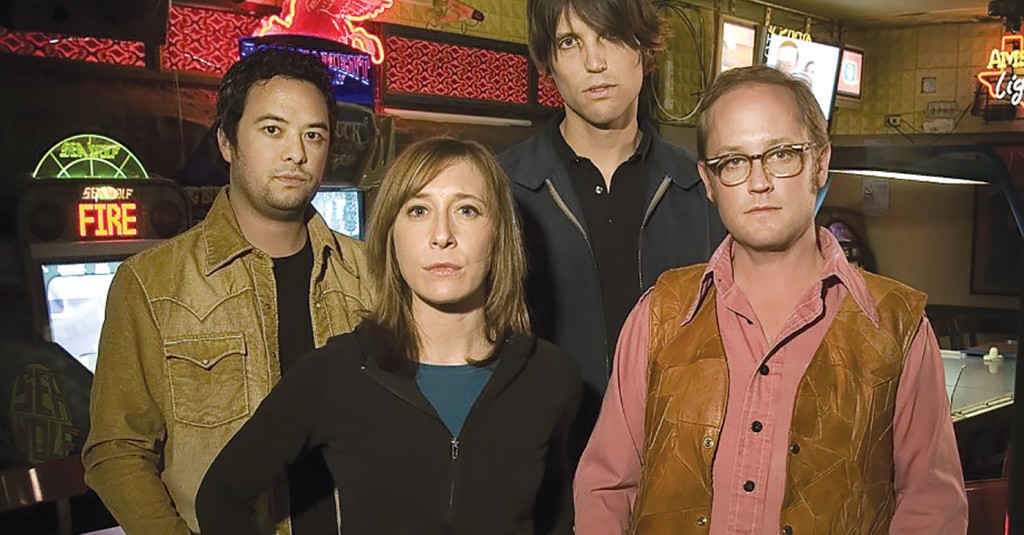 There’s a deep sense of longing that runs through the gritty garage-Americana that is the Heartless Bastards. The native Ohio band has released five albums of riff-heavy, introspective songs driven by the band’s creative force — and only consistent member — Erika Wernnerstrom. Their latest album, “Restless Ones,” came out last year to rave reviews from both fans and critics alike, keeping the band on the road consistently since its release. Wernnerstrom took some time to talk with us about music and the creative process, before their show at Headliners this weekend.

LEO: Heartless Bastards have a very distinct sound, who were the artists that have influenced the direction of the band?

Erika Wernnerstrom: A lot of the things I listened to as a kid, I sort of absorbed. There are certainly things that I’ve carried with me over the years that my mom, mostly, listened to. It was a lot of soul music like Otis Redding and Mahalia Jackson. And then, when I was a teenager or young adult, Guided by Voices blew up and I became a huge fan of those guys.

LEO: How does an artist incorporate influence of other artists into their work without sounding like an imitator?

EW: What I do is I just mash up all of my influences, and in that process I think that whatever I end up creating has some unique quality to it. Not that I reinvented the wheel or anything, but there’s sincerity there.

LEO: Do you ever hear someone else’s song and wish you had written it?

EW: All of the time. The first thing that comes to mind is Rolling Stones and Led Zeppelin. Also, I think recently I’ve decided that Mazzy Starr’s ‘Fade into You’ is my desert island song. Of course, who would only want one song on a desert island? After a while, no matter how great it is, wouldn’t it be torture? But I think that song is relaxing, and as much as I love a good rocker, I feel like if I were stuck, I would want something mellow.

LEO: I love ‘Fade into You,’ and when it comes to The Stones and Zeppelin, there will never be a scenario when I would say, ‘Eh, I’m not in the mood.’

EW: Sometimes I feel like their music still takes my breath away. ‘Going to California’ with the mandolins, and ‘When the Levee the Breaks.’ I used to work in a bar, and every night some guy would play ‘When the Levee Breaks,’ and it had this power over me, where no matter what happened that night I knew it would be OK.

LEO: Have you ever been happy with a song that you’ve written, or are you constantly critical of your work?

EW: I am very critical of my own work, and I’m trying not to do that as much. I feel like I would be more prolific of a writer if I spent time on output. I work on songs for a really long time before I even present them to the band, and then, once the band has them, that becomes a whole new process. I really am constantly trying to learn how to be less hard on myself. I feel like I would have more of a sense of freedom in my writing if everything I did didn’t have to be the best thing I ever did. I want to write everything without thinking about it, and it’s only now occurring to me that I can do that because I don’t have to release everything. I’m consciously trying not to self-analyze every sentence that I write, because I have to change my process to continue enjoying doing what I do.

LEO: That level of self-criticism has to make it hard in the studio.

EW: Sometimes more than others. Every album I make is a different experience. There’s always some anxiety when it comes to finishing an album but sometimes you just have to let things go.  But, being so self-critical, that also makes me feel so much more vulnerable, but on this album everything I wrote was sincere and I still relate to what I was feeling at the time.

LEO: Speaking of sincerity, a song like ‘The Fool’ seems very specific and vivid. As a listener, it’s obvious that this one is maybe more personal than most.

EW: That one in particular is one that I feel a little more vulnerable about. I thought,  ‘Do you really wanna put that out there in such a blunt way?’ There wasn’t a lot of poetry in my words in that one. It’s pretty open about things.

LEO: When you’re so self-critical does it make outside critics more or less important?

EW: Art can be a cathartic experience, but once you put it out in the world you know people are going to decide for themselves. Some people think my first album is the best thing I ever did. If I continued to listen to that too much, it would be hard to continue. But, at the same time, I’m trying not to listen to my own head and just let things flow out.