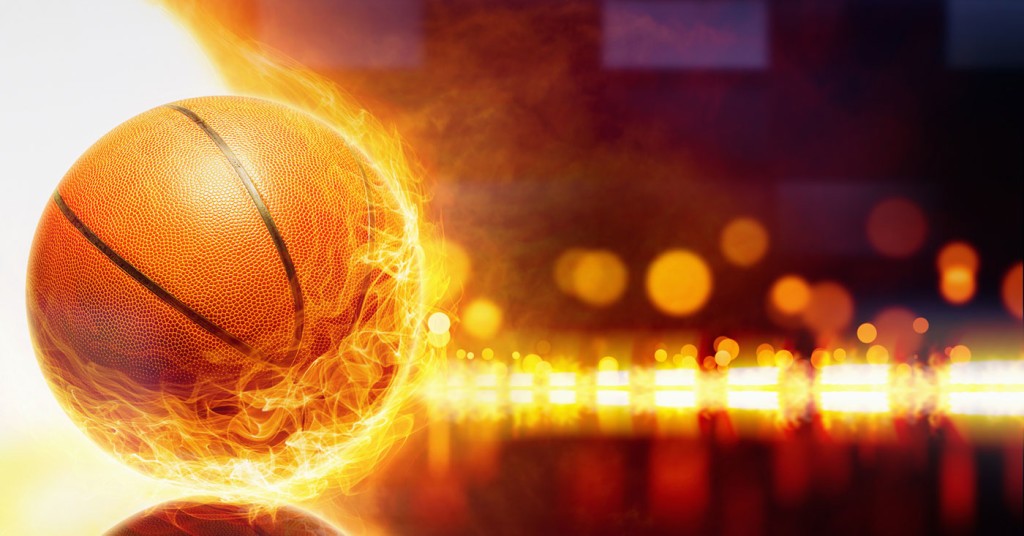 What board game best describes Uofl’s season, and the controversy?

AM: Operation. Literally this whole thing felt like a surgery without anesthesia. This team had amazing potential to go a long way in the tourney, but the investigation and post season ban were literally like removing bones while we were all awake and watching. And UNC winning the ACC pulled out our hearts with a big zap.

AY: Probably Guess Who? Although UofL’s program and the institution at large is looking more like Monopoly. And, while not condoning violence (like Donald Trump does), this scandal’s got some Clue in it as well.

What Uber rating would you give Andre McGee as an Uber driver?

AM: I would cancel the ride once I saw his name pop up. Steer clear of the potential for drama.

AY: Despite my UofL fandom, I’d still give him five stars, so long as he got me where I was going (don’t be dirty). It takes an egregious driver to warrant less than five, primarily because I want them to reciprocate and give me five back.

What would be the soap opera or reality TV name of this season?

AM: I don’t watch soaps but I would dub this “Scandal” and call in Olivia Pope.

AY: For a while it had to feel like “Survivor,” but now it’s more like Dancing for the Stars.

Which presidential candidate would make the best coach?

AM: Hmmm … Trump because he’s certified crazy and is a very consistent screamer. Literally knows how to create a “them-vs-us” environment.

AY: I’d say either Hillary Clinton or John Kasich. Clinton would be good because she’s practical and a good tactician. She also has a great assistant coach. Kasich seems like he’s got a good game plan. Although not sure if he’s got the talent to go all the way.

Which presidential candidate is …

AM: Calipari = Jeb Bush … I still know what you did last summer.

Pitino = Hillary Clinton … He’s the best, and folks love to hate/create scandals to discredit him.

Crean = Cruz … had to sit one out to get back in the game.

Kryszewski = Bernie Sanders … Great intentions, not a lot of help.

Izzo = Ben Carson … a scientist of the game

Crean = Sanders … erratic = Rubio … out early/next one out

Pitino = Bloomberg … didn’t even get in (too soon?)

AM: Horrible move. I won’t beat the dead horse here.

AY: Wrong move. I wrote a full article on this back when they announced the ban. Primarily, I think President Ramsey made a rush decision without the input of other key, interested parties. It was a selfish move that did not consider the broader economic impact of the community (i.e. Louisville bars expect to lose $3,000-$10,000 per game, both in the ACC and NCAA tournament, among several other affected industries). Also, they did not gain anything by waiting until the season was over. Even if they wanted to self-impose to avoid harsher future penalties by the NCAA, they still had time after the postseason to make that determination.

Will UofL be eligible for 2017 postseason?

AM: Probably so. NCAA will probably still be investigating. They operate at a snail’s pace.

AY: I have no idea. The NCAA is as reliable as the Titanic … or an Air Malaysia flight. This is also part of the problem with the self-imposed ban. The NCAA is so unreliable, they may very well have only suspended Coach Pitino for nine games, for lack of institutional control, just like Syracuse coach Jim Boeheim.

Will Pitino be back next year? How much longer will he be at UofL?

AM: Absolutely. Coach Pitino is a loyal soldier in the Cardinal Army. He will stay as long as he so chooses. I don’t anticipate another 10 years just because of his age and he has to be exhausted from all of the nonsense. I would say five years or so.

AY: I hope so. I wrote about this in my editor’s note this week. Ultimately, he should come back. If he knew nothing, as he has steadfastly maintained throughout this controversy, then he should come back and lead next year’s Cards to a championship. And make no mistake, next year’s team is the best team in the country. If the NCAA investigation implicates him in some way connected to the scandal, I hope he comes back so the public humiliation is every bit as painful as he would deserve. (Even though I refuse to believe he would ever risk his Hall of Fame career on a sex scandal.)

That said, think he’s got a few more years in him.

Will Pitino ever make it back to the Final Four?

AM: This question hurts because this year would have been that year.

AY: If he comes back next year. No question.

Where will Damion Lee end up?

AM: Undrafted but with the opportunity to play in this NBA.

Will Chinanu Onuaku be back next year? Should he?

AM: I sure hope so. He’s nowhere near pro-ready. My guess is that it will depend on next year’s sanctions. If it comes out soon that we won’t dance again next year he won’t come back and will be out of the league without ever playing a game.

AY: I have no idea. My guess is he should be. If for no other reason than Pitino and this coaching staff have helped Onuaku develop faster and better than I could have ever imagined.

AM: I think they will have great potential especially with Donavan Mitchell as leader. I don’t know much about the new graduate transfer we are getting, but if he’s a scorer we will have a good chance to make some noise. Especially when you look at the field; lots of teams will be losing their stars. In the ACC, the only team that is scary next year is Miami. Louisville will be a contender.

AY: Goliath. Next year’s Cards look like an absolute monster. If Onuaku comes back, they will have have six guys at 6’9” and above; Onuaku and Jaylen Johnson were this year’s starters, followed by Mangok Mathiang, Anas Mahmoud, Ray Spalding and Matz Stockman, all of whom can play. Also returning is 6’7” swing-forward Deng Adel, who began to come on strong after starting his freshman year off injured. Then in the backcourt, Quentin Snider, the freak-athlete, energizer-bunny, gamer, Donovan Mitchell, and sharp-shooting Junior David Levitch, the Cards should have some of the better guards in the country. Not to mention the prolific scoring of top-recruit, 6’7” small forward V.J. King.

I can’t help think of the Phoenix rising from its ashes … Rise of the Cardinals, 2017.