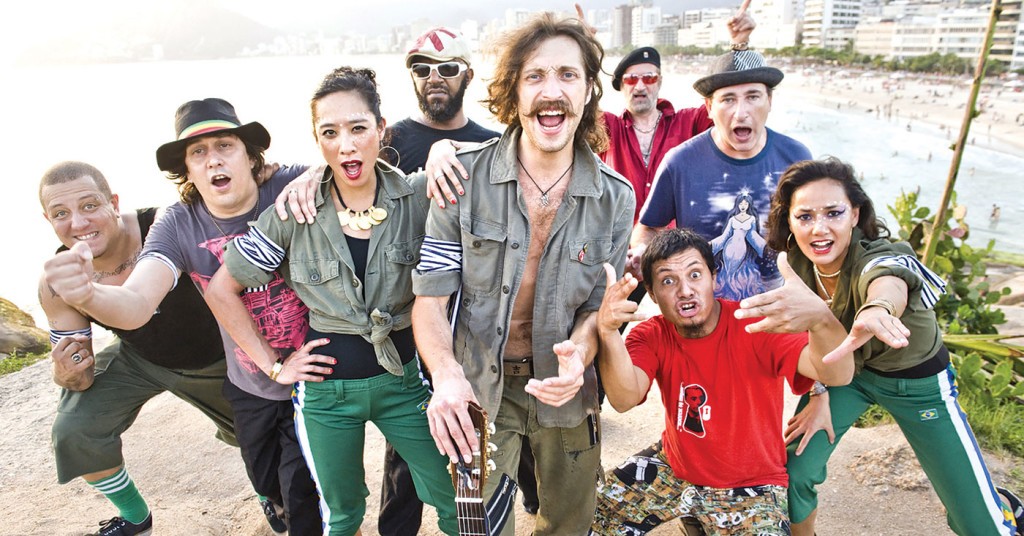 It’s impossible to talk to Eugene Hütz of Gogol Bordello and not have an overwhelming sense of joy, just as it is when you listen to the music, which blends traditional gypsy folk, cabaret and punk into a dynamic package. Over the course of 17 years and 8 albums, the band has continued to make music that challenges their audience to have the best time possible while looking inward to make the best community possible.

For Hütz, the music of Gogol Bordello is a synthesis of music and culture, equally privileging his experience as a refugee immigrant with sounds that compelled him in his youth.

“It started in 1999 in New York City when I came to New York with a batch of songs,” he says. “There was a sense of this kind of tragic story and as a teenager growing up in the Ukraine, I was immersed in the sound of the New York no wave scene — the Talking Heads and Sonic Youth and Alan Vega. Lou Reed. And more, of course. But New York was kind of the center of that aesthetic, of wild existentialism. I thought that bringing the artistic experiences of my stories would resonate with this place.”

Expanding on how using punk defined his aesthetic, Hütz says, “There are several different variations of punk music, but I was always more or less that kind of … the synthesis and hybrid kind of style. They have so much joy about them. It’s not necessarily some kind of pent-up anger, but about letting your maximum creativity have maximum fun.”

Gogol Bordello certainly foster that sense of togetherness in their music and live shows.

“Everything is a community,” Hütz says. “You have your family — that is a community. Your friends. There are communities wherever you go. Your neighborhood is a community, but, in a bigger sense, the community is a mirror of your world. By cultivating more celebratory and tolerant creative gatherings, which is our shows, or any shows that have that element, is really the community I have in mind. It’s an anthropological experience to see people get on the same page and to think it’s awesome to be on the same page. It’s a very healing environment with a crowd of people that are sharing that same vibration no matter where you came from.”

Part of the band’s mission statement is to combat cynicism and to always seek the authentic. What is and isn’t authentic can be a slippery slope, though, but per usual Hütz has some interesting insight: “There is an old Eastern saying … I think Korean or Chinese tale from martial arts world, which is the kid asks the master. The master tells the kid: listen there are two dragons fighting inside of you, one is the dark one and one is the light one. And the kid says, well who is going to win. And the master says whoever you feed the most. We as human beings we have the ability to choose with our consciousness which one we feed. That’s the authenticity I’m talking about. It’s an authentic reality that you have that choice.”