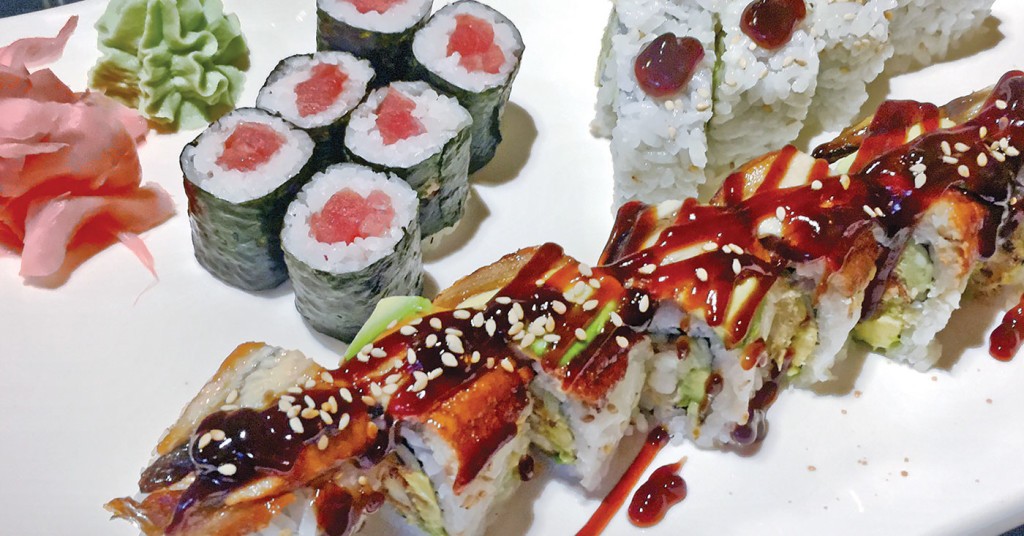 OhBoyOhBoyOhBoy! We’re going to La Chasse tonight! I’ve been waiting a while for this hot new spot on Bardstown Road to hit its stride before rushing in for a review, and tonight’s the night. I’m getting cleaned up and ready, singing happy songs in the shower, where the acoustics are great.

Then Mary hammers on the door.

“Guess what? We’re not going to La Chasse tonight.”

“Nope. They’re calling everyone who had reservations. They had an electrical fire today. Not a bad one, but they’re closing for the night.”

This called for quick action. We were going to meet our friend Anne at the restaurant, and she was probably heading out the door already. I dried my hands, grabbed my phone, and just like that, we had a backup plan: Let’s check out the new steak taco place, Mexa Tacos, in St. Matthews.

We dressed and ran and beat Anne to the new place, just down the street from Lotsa Pasta.

D’oh redux! It’s not open for business yet! (Peering through a slit in the brown paper on the windows, it looks interesting: A huge grill where you’ll watch your steak being taco-ized Oaxaca-style. Put it on your to-go list now.)

So now what? Wait, what’s this? We’re standing right in front of Asahi Japanese! A friendly, cozy little neighborhood Japanese place. It’s got cred, too: They still brag about Chef Yong Bong Tak winning Louisville Magazine’s “Best of Louisville” award  in 2004, when he slung sushi at Osaka Japanese in Clifton.

Asahi opened in the summer of 2008, I gave it a friendly review, and as far as I know, I hadn’t been back since. It looked inviting. Most important, it was open. Let’s have dinner!

Now, get this: I last visited eight years ago, when gasoline stations were vending out the precious fluid drop by drop at $4 per gallon — I actually whinged in my report that it had cost me 60 cents to make the short journey from Crescent Hill.

Well, gas prices are back where they ought to be now (thanks, Obama!), but Asahi’s prices have stayed about the same. Apps that then ranged from $3.50 (for a dish of edamame) to $13.95 (for lobster-tail tempura) have been hiked only to $3.75 and $14.95, respectively. The 20-item entree list still tops out just under $20, pretty darn fair by sushi bar standards.

The sushi list, like the rest of the menu, is about as Japanese as you could ask. To be frank, this is probably not the place for cutting-edge sushi-heads. If you’re looking for an experience with uni (fresh sea urchin), ankimo (monkfish liver) or even some of that wacky fugu that won’t kill you dead as long as the chef slices it right, you may want to look elsewhere.

But if you’re in the mood for a comfortable meal with plenty of tasty, not overly challenging Japanese options fits your style, Asahi can meet all those requirements in an attractive, modern sushi-bar setting, including a short selection of adult beverages. Mary and I shared an oversize bottle of Asahi Japanese beer ($7, not named after the restaurant), and Anne was happy with a little white flask of warm sake.

We started with shared appetizers, simple but, well, appetizing. A half-dozen gyoza (potstickers, $6) and a half-dozen crisp planks of Agedashi Tofu (lightly dredged and crisply fried tofu, sizzling, and creamy within, $6), both hit the spot; a simple seaweed salad ($4.50) wasn’t bad, though it seemed to contain more lettuce and cucumber than edible seaweed. (Japanese salads and miso soup that came with entrees were standard-issue or a little less; a fishy whiff was unattractive in the miso.)

Then came a shared plate of sushi rolls (maki): Tekkamaki, simple tuna roll sliced into six rounds ($4.95) was pretty much standard-issue, square-cut raw tuna rolled in a cylinder of sticky sushi rice and rolled in crisp, dark nori seaweed. The tuna might have been a day or so past the peak of freshness, but it wasn’t beyond repair with a bit of soy and wasabi. No complaints about “AAC roll” ($5.25), with thin asparagus spears and crisp, cool cucumber rolled up maki-style. Dragon roll ($9.50), a larger, impressive roll, stuffed with fried crab inside, eel and avocado on top. The AAC and Dragon rolls came topped with dabs of a dark, gooey sweet sauce, perhaps based on hoisin sauce, that we’d just as soon have skipped.

An entree of Tonkatsu ($13.50), a Japanese pork specialty, was just OK: A very thin square of boneless pork had been fried expertly, but the lines of very sweet sauce drizzled all over it did not enhance the dish. In Japan, this favorite comes atop a bowl of rice; here it’s served on a plate, American-style, with a little side of mixed veggies.