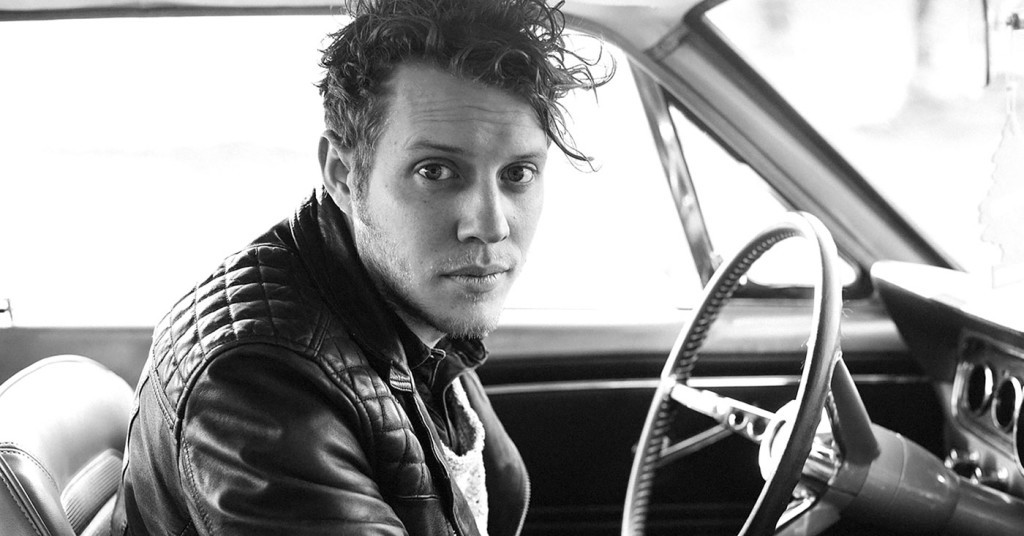 Mention the term “singer-songwriter” and most listeners imagine a James Taylor or Joni Mitchell type: someone mostly using acoustic instrumentation to whisper personal or romantic ruminations. Hooks are always welcome. But horns? Nah. Pushing the raspy edge of your voice? Only to mix things up mid-set, and maybe again to cap the encore. Still, the foundation of the singer-songwriter style is to put what the artist needs to confess and get it into a tune that catches ears. It has a close cousin in soul-shouting, which is rooted firmly in the church music that has always been a force to reckon with in the South — asking for a different kind of confession.

Anderson East thoroughly sees — and takes ambitious and glorious advantage of — song and performance styles that can be punchy and bluesy one minute, and then direct with disciplined passion. From a church-centered upbringing to Nashville songwriting circles and small-label trial runs, then to recording at the legendary FAME Studios at Muscle Shoals, Alabama, East has been steadily growing as an artist. Last year’s album “Delilah” featured songs like “Satisfy Me” where romantic pleading and heartbreak mingle, and sometimes break into a danceable sweat. Country music super-producer Dave Cobb recently gave East a prominent place in the new “Southern Family” all-star concept album for a fabulous reflective song “Learning.” Not afraid to inject even more mainstream pop into his performance mix, a concert video clip uploaded from a show last month catches his girlfriend Miranda Lambert onstage, joining in on a fiery run through of Mariah Carey’s “Always Be My Baby.”

In the last couple of years East has been around town everywhere from Waterfront Wednesday to the Mercury Ballroom. LEO spoke with him over the phone as he prepared to bring his new tour to Headliners.

LEO: The song ‘Quit You’ on ‘Delilah’ was co-written with Chris Stapleton, who’s been winning country awards right and left. How did you get in with him?

Anderson East: I got called in [to the studio] on the last day they were working on Chris’ record. We got to be friends, and we just sat down one day and wrote a tune together.

LEO: ‘Delilah’ is a title straight from the Bible. What is your personal history with church music?

AE: I was in church every time the doors were open. My granddad was a Southern Baptist preacher. My mom was the piano player in church. My grandmother and aunts were Sunday School teachers. That was my whole existence growing up. The day I was born, I was immersed in that world. It wasn’t like a harsh Christian, ‘You can’t listen to these records,’ but until my rebellious adolescent years, country and bluegrass was pretty much all I heard beyond gospel music. I still have a huge affinity for gospel music.

LEO: It’s a long distance from there to ‘Find ‘Em, Fool ‘Em, and Forget ‘Em’ — the wonderful cover that’s all about a guy who wants to be an absolute user of women, and that’s a centerpiece of your album.

AE: In that song, I just love the arc of the narrator. It comes off as chauvinistic in the first verse — you kind of want to be totally against the dude. But by the second verse — boy, everything changes. You realize that this is a man who’s had his heart stomped on — and what excited me, is that it’s so subtly written.

LEO: You have several years of recorded music behind you, and now you’ve got this recent release that’s brought on an explosion of attention. Do you bring out songs from older records?

AE: I’ve kind of lost touch with that. We play covers to keep ourselves entertained. Pop tunes, ’60s R&B tunes. It’s about ‘How can we push ourselves musically, and make something hot?’

LEO: How much of the set do you change from night to night?

AE: We’ll go completely left-field some nights, and some nights we’ll stay to a script. A few nights ago we were in London and there’s a part where I do a few songs just by myself and the band came back on and they’d completely changed the setlist without me having any idea about it. It was awesome and fun and spontaneous.

LEO: Do you have new material in hand?

AE: I’ve got some … rough sketches — we’ll put it like that. But, for the most part, it’s a pretty quick process for me. If it doesn’t fall out pretty quick, my attention’s lost on it. I know some people that can labor over a piece for ages, and I so respect that and admire that and wish that I was that kind of person, but I’m an instant-or-nothing kind of guy. Luckily, a lot of them fall out and it’s not an arduous or extremely laborious process.