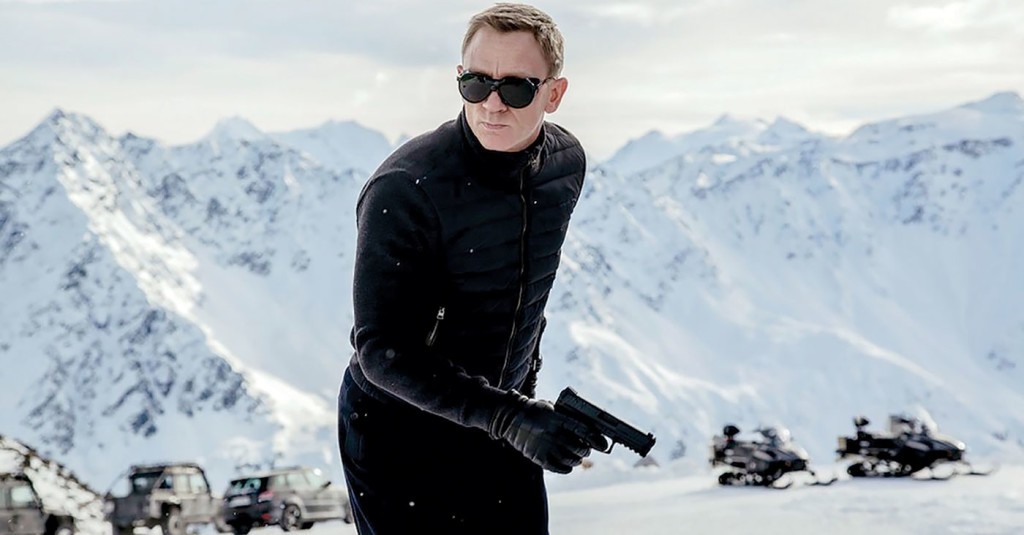 SHEBA, BABY
1975; $29.98; PG
A flawless new two-disc Blu-Ray Special Edition release of arguably the greatest movie ever made in Louisville by its greatest native filmmaker, William Girdler — take that, Tod “Dracula” Browning! Chicago P.I. Sheba Shayne (Pam “The Black Beauty” Grier) returns to her old Kentucky home to help Dad defend his West Main Street business from mob baddies. Watch for teeny, tiny Standiford Field, the original (and much cooler) Belvedere, a long-gone Burger Chef restaurant, and Pam in a skin-tight wetsuit! Oh!, and there’s that groovy 70s soundtrack, plus an appearance by Charlie “WDRB’s Old Fearmonger” Kissinger! A Blaxpolitation classic, now with extra bonus goodies — and you could win a free copy at thanks to LEO and our buds at MVD Video!

SPECTRE
2015; $22.98; PG-13
Let’s not beat around the bush: This is the worst James Bond film ever — even worse than those Timothy Dalton outings. Is it entertaining? Yes. Does it have all the requisite stunts, villains and sexy women? Yes. Is there a supervillain? Yes. So what’s the beef? It was largely Daniel “007” Craig; he looked old, tired and bored with the endless nonsense he’s forced to wade through. And he never smiled once. 007’s devilish smile is a signal that bad guys and/or panties are about to drop. Not one smile. There was also the feeling that the producers have become bored with Bond, turning more attention to locales, gimmicks, and villains, including Christoph Waltz’ Blofeld. Don’t waste your money.

CRIMSON PEAK
2015; $22.98; R
No one makes creep-fests like Guillermo del Toro: imaginative, thought-provoking, yet slyly grounded in centuries-old traditions of horror. Here he takes an all-star cast (Mia Wasikowska, Jessica Chastain, Tom Hiddleston) and drops them in a ghost-filled Masterpiece Theater drawing room drama in a film that critics loved, though some fans hated. The real star is the setting: your classic Victorian era manse; one that has seen generations of human blood and folly, now up to its pointy gables in madness, longing and despair. A sexy costume drama with a master’s eye for detail and dark possibilities.

I CAN BE PRESIDENT: A KID’S-EYE VIEW
2011; $12.98; UR
Not a doc about children, a doc for children, showing them how lucky they are to live in a country where anyone can be anything they want to be. (Should we add, “as long as they are white males? No? Okay we won’t) We were impressed at how they used a combination of animation and real kids talking like real kids to convey a simple, positive message. Event we even we haggard adults were inspired to feel a little more hopeful. A fast 20 minutes; we can’t wait to see what the filmmakers do next.

PORTRAIT OF A SERIAL MONOGAMIST
2015; $24.98; UR
This gay romcom came out of nowhere to become the breakout film-festival hit of 2015. Beautiful Diane Flacks, one of the writers of “The Kids In The Hall,” the late-80’s Canadian sketch comedy series that brought us Dave Foley, Kevin McDonald and Mark McKinney, stars as a modern Lesbian who loves truly, madly, and deeply … until she doesn’t and then she moves on. But her latest breakup may have been her perfect mate, an act which her mother, her friends and even former lovers all feel obligated to weigh in on. Brilliantly written and acted, with an attractive cast and something profound to say about modern love. Recommended.

THE CAROL BURNETT SHOW: TREASURES FROM THE VAULT
2016; $59.95; UR
While arguably the greatest musical-variety/sketch-comedy show ever conceived in America, most people aren’t aware that only about half of its 11-season run has been available uncut on home video. Until now. This poorly-titled six-disc set contains some 15 as-broadcast episodes from the show’s first five seasons, not seen in their entirety since the late 1960s. And with a cast that includes Vicki Lawrence, Harvey Korman, Lyle Waggoner and Tim Conway — with announcer Ernie “Ghoulardi” Anderson, the Pride Of Cleveland Ohio — this release is literally a must-own. Nearly 21 hours of classic comedy with tons of bonus goodies.

WELCOME TO LEITH
2015; $24.98; UR
This thing scared the holy shit out of us. It’s a doc; a visit to a tiny town in North Dakota with a grand population of 24 citizens, forever changed by the arrival of militant Neo-Nazi white supremist asshole Craig Cobb, determined to turn their quiet burg into a national haven for his demented ilk. By legally using the Constitution and our egalitarian legal system to take over the city council he quashes any opposition, then implies violence to remove any who dare stand firm. And, yes, this is all quite legal and it’s going on all across America. To say more might lessen its impact, for this is a film that absolutely every American should see.

FREAKS OF NATURE
2015; $14.98-26.98; R
With a cast that includes Vanessa Hudgens, Keegan-Michael Key, Bob Odenkirk, and Patton Oswalt, how could this be anything but a royal hoot? To be honest, some of those are just cameos, with the actual stars being Nicholas Braun (“Poltergeist”, 2015), cute-as-a-bug Mackenzie Davis from “The Martian”, and Josh “30 Rock” Fadem, who populate an Earth where humans, vampires, and zombies all live together more-or-less peacefully. Then pesky aliens arrive, bent on taking over the planet. Uh-oh! An absolutely terrific little horro-comedy, drenched in blood.

SECUNDARIA
2014; $24.98; UR
When we think of Cuba, we usually thing of Castro, cigars, vintage autos, organized crime, and crushing poverty. But this docu-drama aims to open your eyes to the rich arts culture there, including a surprisingly long and robust history of world-class ballet. (Bet you didn’t see that coming.) We follow a group of teens as they struggle for spots in the extremely competitive National Ballet School. Some of it hopeful, some of it devastating, but all surprising and beautiful.

SHIROBAKO 1
2014; $49.98-59.98; UR
The depths to which anime has saturated Japanese culture becomes obvious in this animated slice-of-life series which follows Aoi, a young woman who took up animation as a hobby while in high school, now employed at a major studio. Frankly, the work is hellish, and her employers treat her like dirt (been there), but what keeps her going is the promise she made to her HS friends: Someday they would reunite and create their own professional animated features. Absolutely nothing like it in America.

THE HEE HAW COLLECTION: KORNFIELD KLASSICS
2016; $12.95; UR
Dave here. My mother was born in the coal fields of Hazard, Ky., which means that my childhood was filled with country music on WTMT-AM, lead by such luminaries as Buck Owens (“yeah, he may be ug-ly but he sure can sang”), Willie Nelson in a three-piece suit, a clearly-frustrated Porter Wagoner pawing over “Little Miss” Dolly Parton, and Johnny Cash in his post-rockabilly personae. But it was “Hee Haw” that gave them all the chance to introduce country music to a larger audience and prove once and for all that as comedians, they made good singers. And while I didn’t really appreciate the show all that much at the time, this cheap collection of cracked corn made me a little misty for those bygone days. With truly terrible puns, goofy segues, mush-mouthed comics, and fiberglass hay bales – plus performances by Loretta Lynn and Roger Miller – ya’ll gotta do this …