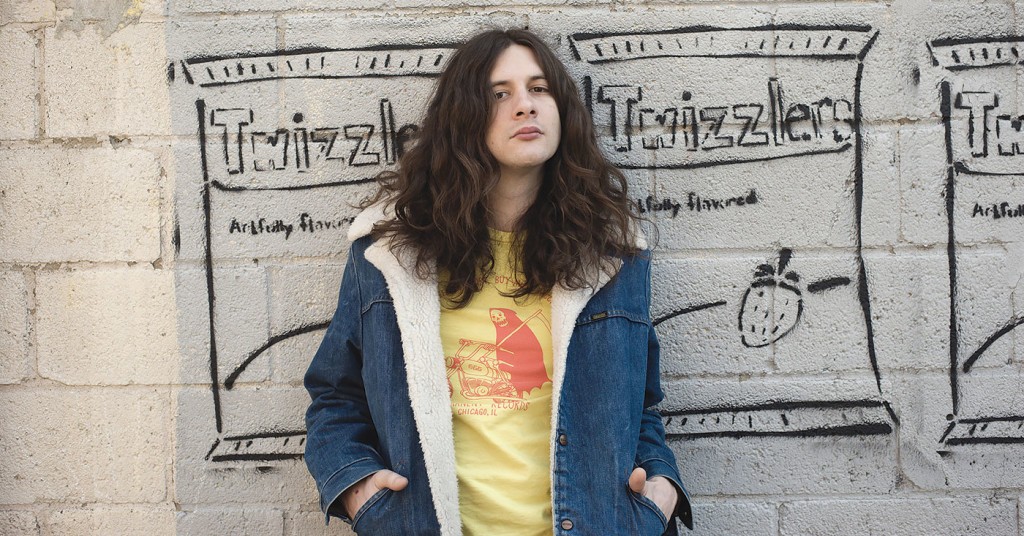 Catching up with Kurt Vile was no easy task. The singer/songwriter has been on the road periodically since the release of his 2015 album “b’lieve i’m goin down…” the follow up to the critically acclaimed “Wakin On A Pretty Daze.” Vile, in Australia at the time of this interview, stays busy touring, writing and being a father of two young daughters, a subject he never shies away from. He was warm and easy to speak with, attributes that surely come through in his music, which plays like the best of Bob Dylan filtered through a healthy skein of ’90s fuzzed-out alt-rock and psychedelia.

Music has always been the plan.

“I was born with it in my DNA,” Vile says. “My dad was always … he’s got music in his blood. He’s good at singing. My mom’s good at music, too. He used to play guitar around the house. In fourth grade, I played the trumpet. Then my dad got me a banjo, because he’s a bluegrass freak, and I sort of played it like a guitar. Since I was 14 really, I was writing and recording my own songs.”

He took that passion and got to work, first in his bedroom studio with a cassette four-track and then with a few different bands. Still, he admits of his time as a player in other projects, “I didn’t really whore around. I feel like I’ve always been a singer songwriter and had dedicated people in my band. They would only leave because they’ve moved on in some way.”

Best known of his non-solo projects was his brief tenure with The War on Drugs, a group he parted with on good terms and still considers friends.

“He was a fan of my Kurt Vile CDRs and we were both a fan of Bob Dylan,” Vile recalls of working with War on Drugs frontman Adam Granduciel. “We would trade ideas and enjoyed playing together. So he was playing in my band the Violators, and eventually the War on Drugs secured a deal. I went on one tour with the War on Drugs … that’s how I went to Europe for the first time. I insisted that I open as myself, because that was my vision. It was like a high school band — you played with them because they’re your friends.”

He continues, adding of his departure, “Once people started referring to me as the lead guitar in the War on Drugs, that just didn’t feel right. By the time that Wagonwheel Blues was out, I was pretty much out of the band too.”

Vile moved back to focusing directly on his solo work, and that commitment has paid off with a number of well-received releases. On his newest album, Vile taps into the more melancholic and laid back aspects of his music.

“My albums have always been introspective, but maybe this is a little more on that tip,” he says. “It’s kind of stripped down I guess. I feel like with ‘Wakin on a Pretty Daze’ I had a million riffs in my head and I was trying to put them together. On this one, it was more natural, spiritual and in the moment. Lots of playing live with the band.”

Hailing from a blue-collar background, Vile still approaches the studio as a necessary part of the process, not to be rushed through.

“I get deep into it,” he says. “I’m definitely not a get in there and get out guy. I tend to work into the wee hours. Get in there in the morning, and get out … it’s not really like that. Music is kind of a night situation.”

He laughs, adding, “Actually it’s funny, because in the blue collar era, I’d still play at night. But I might pay for it night after night going to work early. I would wake up in the mornings and savor that situation. Now I have kids, so I get up in the morning, and it’s kind of hard not to feed off the energy of the kids.”

Fatherhood has definitely played a minor role in his evolution as an artist: “There is more commotion in the house, but I’ve always been able to tap in and out of reality … if I’m feeling the music, I’m definitely present, but it’s not like I can get too distracted. Ultimately, if [the] kids have music going on all the time, play records or guitar … it’s like the best thing that could be going on in the house. It’s a positive thing.”