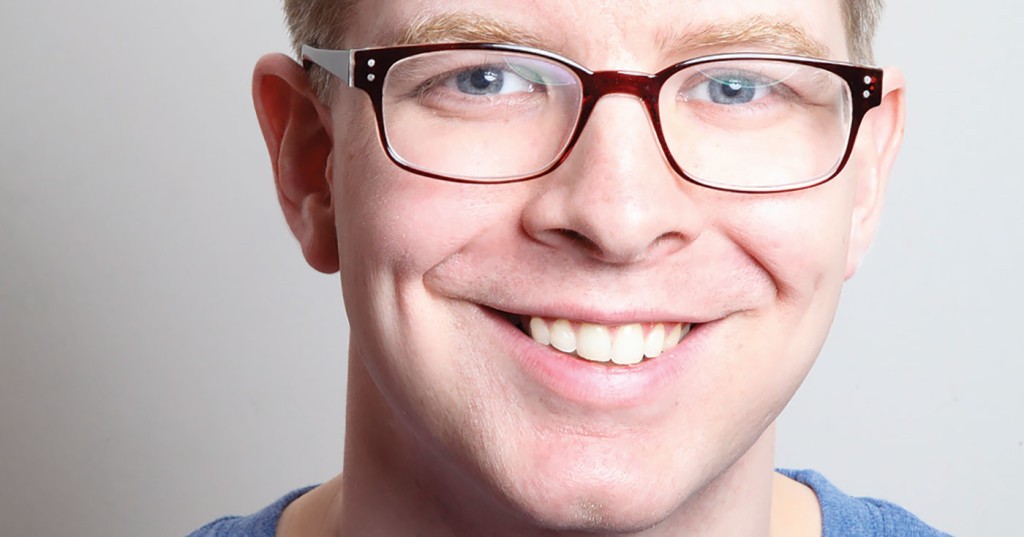 Jacob Williams is a Louisville original. He has become one of the most buzzed about comedians since he got his big break on “America’s Got Talent,” where he was a semi-finalist and made lifelong fans of comedy vets like Howard Stern and Howie Mandel. He so impressed Nick Cannon, host of “America’s Got Talent” that Cannon added Williams to the cast of his improv variety show “Wild N’ Out” and then cast him again to play Hart Kingcastle on Cannon’s animated web series “Football-U.” He has been written up in Rolling Stone and The Los Angeles Times, and this week he will be doing a very special one-night homecoming show.

LEO: What are you looking forward to doing when you’re in town?

Jacob Williams: I’ve got a wedding the day before, so I can’t wait to see my friends and family. Also, I just want to go walking around Bardstown Road and grab something to eat.

LEO: Has doing so much improv affected your stand-up at all?

JW: Definitely. Improv makes me a better comedian, thinking on my feet and being in the moment — while stand-up makes me a better at improv as far as structure and things like that. But I still do way more stand-up than I do improv … with ‘Wild N’ Out’ we shoot two episodes a day and knock the whole season out in two weeks. Other than that I may do an improv show here and there to keep fresh, but the rest is all stand-up.

LEO: Obviously on the show, the rap battles are all fun and games, but has anyone ever said something that did hurt your feelings?

JW: Usually they don’t get too personal. I remember there was a stretch where a bunch of them would make jokes, saying I have a developmental disability or something like that. That kind of hurt after, like, the fifth time. But usually it’s just about something you’re wearing and doesn’t get too personal.

LEO: Are you all going to do another season of ‘Football-U’?

JW: I hope so! I’m not really sure where it’s at right now, but that is really fun to do.

LEO: Your character is a jock and kind of plays in opposition to your awkward stage demeanor, was that fun?

JW: It’s really interesting because he’s like a big football player, and kind of just a big dumb guy. He’s very confident, and it was fun for me to experiment with that.

LEO: What’s been your most ‘New York Moment’ since you’ve lived there?

JW: One of the first improv shows I did, this woman started stripping naked onstage having an actual mental break — it wasn’t part of the show or anything. They shut down the show for a few minutes and kicked her out. And then a few minutes later she went to the stand-up open-mic that was happening upstairs and did the same thing!

LEO: Are people ever surprised to find out that you’re not nearly as awkward in person as you are onstage?

JW: I don’t know about that. I am still awkward in a lot of situations, and I’ve heard a lot of comedians tell me I’m awkward in real life. But I really was that awkward guy who did stand-up to see if it was actually possible to talk in front of that many people, not to mention be funny. But as I’ve gotten to where I can make a living doing comedy, I think I’m more confident. But I’m still really awkward in a lot of situations.