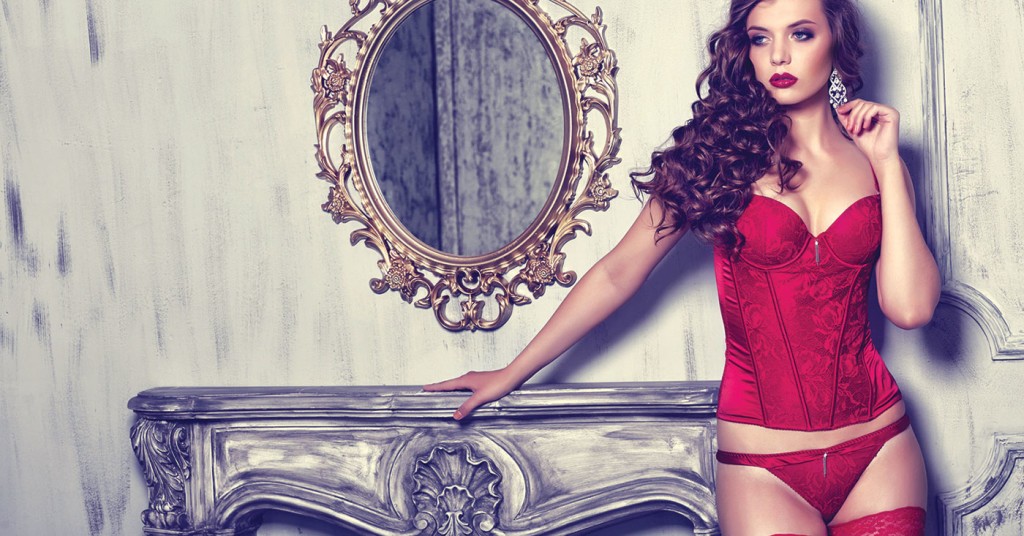 Valentine’s Day may be about chocolates, flowers and endless love, but it’s also (maybe even mostly) about sex. And while there is nothing wrong with vanilla sex (conventional sex approved by the church), Valentine’s Day is a time to explore, to be wild and discover your hidden kinks.

So to help Louisville flesh out its fetishes, LEO spoke with sex shops in the city (Adam & Eve, Blue Movies/Love Boutique and Cirilla’s) about their most popular (and most kinky) toys and lingerie, the strangest requests they’ve ever received and their thoughts on our cum-passionate city.

Popular toys for all the girls and boys

There is an endless variety too, but a few seem to rise above the rest in terms of popularity according to stores around town. These include:

Bullet vibrators — resembling a tube of lipstick, these vibrators are discrete, cheap and travel size.

C-ring vibrators (specifically the WeVibe4) — these vibrators are shaped like a C and provide stimulation for both partners during sex, without getting in the way.

Stores said C-ring vibrators are by far the most popular because they are for both partners, and some are even Bluetooth capable, which means your partner can control them with an app on their phone from anywhere at anytime. Some people even enjoy wearing these toys in public with their partner in control to add a little excitement to their love life.

But if you aren’t ready for that level of excitement, you might want to just grab a “50 Shades of Grey” grab bag (that’s right, “50 Shades of Grey” products are still selling like hotcakes). These grab bags are cheap and filled with plenty of novice-level toys so you and your partner(s) can get a feel for what you’re into.

What everyone is wearing this year

OK, so you got the tools you need to begin your sex-ploration, now you just need to dress the part.

Unsurprisingly, anything pink or red is very popular around Valentine’s Day, but picking out the right style is important.

Stores said a lot of people feel insecure about their stomachs so many go for the Chemise or Babydoll style lingerie since it drapes over stomachs in a flattering fashion, while the more confident may jump for a body stocking or a bustier and thigh-high boots.

They also said anything with a bow on it works, and that apparently UK fans get a kick out of blue and white lingerie (I guess sports can be a turn on too?).

Sadly, this is a very feminine-centric topic. Most masculine lingerie consists of tight fitting underwear, thongs or mankinis (which are not my personal favorite, but hey, do you, boo boo).

When things get a little too kinky

Now it’s time for a quick public service announcement on sex shop etiquette. We here at LEO are no strangers to the eclectic, eccentric and downright weird, and we make no judgment about what two (or three or four) consenting adults do privately (or publicly) to get off.

And the same goes for your friendly neighborhood sex shop. When asked about the strangest request they have ever had to deal with, everyone (literally everyone) answered with some version of “I’ve worked here for (X amount of time), so nothing shocks me anymore. It’s all pretty normal to me now.”

Which is actually a great attitude to have, but every once in a while something catches us all off guard.

For example, one sex shop employee in Louisville was once asked by an “old, old, old theater guy” if he would talk dirty to his wife. The employee couldn’t help but take the phone and the woman on the other end asked “if he was being a good little sissy?”

Another sex shop worker on Dixie Highway said that a man once asked her “if there were any animals he could rent?” (There aren’t).

Other popular questions include “Can I try this toy before I buy it?” (uhmm, no) and “Me and my significant other are swingers. Do you want to join us while we try these out?” (Again, no.)

Which brings us to a slightly serious note: Sex shop workers are not sex workers. So please stop asking them questions like: “Will you model this lingerie for me?” or “Can I pay you $20 to rub your feet?”

Seriously, they’re at work. Not cool people, not cool.

Another popular question that sounds like a prank call but is actually sincere is “Do you sell synthetic urine?” Whether it’s for a fetish or to pass a drug test is unknown, but either way the answer is no.

To be fair though, sex shops here do sell some pretty kinky things so it’s a fair question. For example, stores said some of the kinkest toys they’ve ever sold are

Electrostimulation toys — wands or gloves that shock you (P.S. it’s kind of painful).

The Auto Blow II — a hands-free mastarbator for men.

Real Dolls — Twelve-pound silicone torsos complete with either a penis or vagina and breasts (but no arms, legs or head).

Prostate massagers — for men who are curious about their g-spot.

Apparently that last toy mentioned is a growing trend in Louisville. As one sex shop worker put it, “There are a lot of bosses and men of power in this city that behind closed doors love to be bottoms in the bedroom.”

We can get behind that.

So, how kinky is Louisville really?

At this point, especially if you have Googled any of the terms used in this article, you may be thinking “Damn, Louisville is kinky.”

But when LEO asked stores around town to rank how kinky Louisville is on a scale of 1-10, the average was only 6.6.

Stores said Louisville as a whole has definitely become a lot kinker since the “50 Shades of Grey” movie came out, but it’s mostly low-level toys like bed restraints and whips, and a lot of it really depends on what area you live in.

This is evident when you look at the differences between averages for stores in South-West Louisville (7.8) and East End stores (5.4).