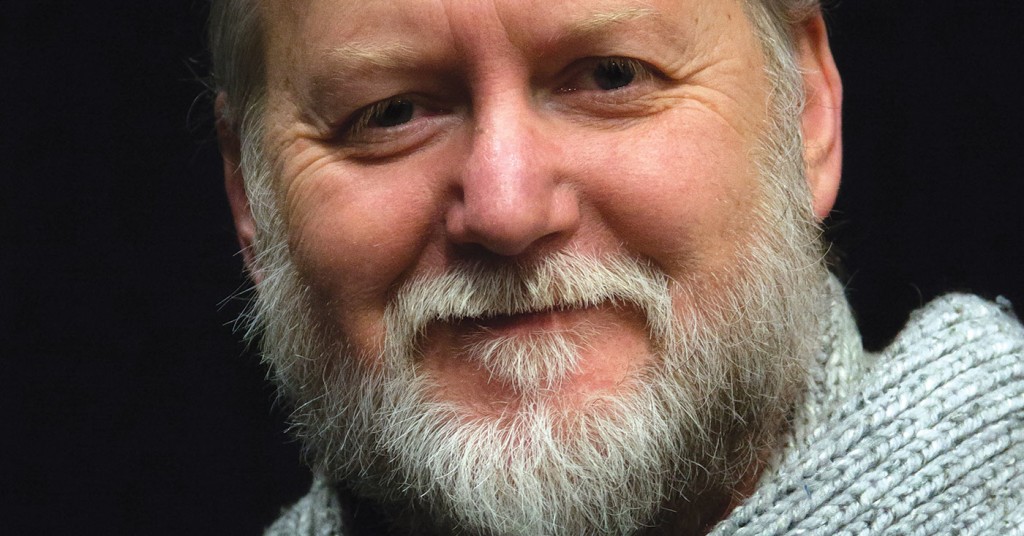 When Juergen K. Tossmann says he can’t believe that he’s been at the helm of Louisville’s Bunbury Theatre for 25 years, he means it. In 1991, when he took over as the company’s producing artistic director, Bunbury (founded in 1985) was mired in debt, needed to find a new performance space and was uncertain about its artistic direction.

And although Tossmann had plenty of theater experience (he’d apprenticed and worked professionally at Actors Theatre of Louisville; had worked with theaters like Kentucky Shakespeare, Stage One, Derby Dinner Playhouse and Clarksville Little Theater, and had even had a go at Hollywood), his experience was all focused on the art of theater, not the business. “I was an actor,” he said in an interview with LEO. “Up until that moment, all I really thought about was, ‘let’s just put on a good play.’”

But he found a good mentor in the late arts advocate and consultant Baylor Landrum III, then with the Fund for the Arts. “He walked me through the entire process of developing a business plan and a mission statement, and helped me understand the importance of having a very clear vision of what we wanted to do.”

It was a mission that offered broad scope, and dovetailed with Tossmann’s personal priorities. “I was born in Germany,” he said. “When my parents moved here, none of us spoke a word of English. We lived in a very diverse community in Columbus, Ohio, and I saw lots of things. I saw racism. I saw people being oppressed. I had an aunt who was African American, and I saw the way she was treated — and I didn’t like it. This was during the Civil Rights movement — but in my school I didn’t have any African-American classmates. When I went to college [Tossmann went to Otterbein College (now University)], all I had was African-American roommates, and all those experiences affected my perspective on the world — and really shaped me as a theater person and as a playwright. As a writer, I think my early plays spoke to prejudice, cultural differences, to generational differences. And those themes are still important to me.”

Armed with a clear sense of mission, a supportive board and a supportive group of colleagues, Bunbury found a home on Seventh Street in a cozy, comfortable 99-seat theater, where the company thrived, both artistically and in terms of audience support. Reviews during that period (including some under my byline) reflected the company’s rapid progress and Tossmann’s growing maturity as a writer.

A few years later, Bunbury would again be dislocated by development of a new boutique hotel (the 21c Museum Hotel). After a successful capital campaign and a couple of truncated seasons), the company established a new (and, from an audience standpoint, nearly identical) home in the Henry Clay Building at the corner of Third and Chestnut.

There the company has continued to thrive and adapt in a rapidly evolving theater landscape. Tossmann thinks that Louisville’s theater scene is in the midst of a golden age. “I think it started about a decade ago,” he said.  “Many theater people — actors especially — who weren’t finding enough opportunities with the established companies decided to start something on their own and find a space. The Rudyard Kipling was a crucial venue for those groups and companies. It provided a place where people could get together and mount a play. And over the last few years, more alternative spaces have been discovered. It’s very healthy for the theater scene and for audiences.”

But, says Tossmann, the growth of the scene also poses challenges. Even a growing talent pool can’t keep up with demand, he notes. And that means he has to be ever more focused on attracting not only excellent casts but the best technical theater professionals in the area — an important consideration for a company with a reputation for high production values. “Our audiences expect very high production values, so we’re always trying to pull from the very best people we can find — and I think we’ve been really lucky over the years that the city has great people designing sets, lights, and sounds and that we’ve been able to work with people like Tom Tutino, who designed our current show, “Gone Astray,” and Steve Woodring, who is not only a great director but a great designer of sets and lights.”

Despite the evidence of his own longevity, resilience and success in bringing the company through some precarious periods, Tossmann habitually deflects credit to his board and to loyal subscribers and supporters who feel a strong connection to the company.

Of course subscribers and supporters don’t write plays — but when I asked Tossmann to talk about the 14 or so plays he’s authored and produced during his tenure, he pretty much avoids taking credit for those as well.

“I don’t know what I’m doing,” he said. “I was an actor first, so when I write I understand the rhythm of the language. But these characters — I’m not kidding — they talk to me. The words just start appearing on the page. I don’t know how to explain it. They just come. I just put it down. And then I try to be the best editor I can be. Fortunately when you work with great people like [frequent Bunbury actor and director] Matt Orme, the rehearsal process is very creative. Actors tell you what works or needs to be added. And then I rewrite — which I didn’t like at first, but now really enjoy. I know that some playwrights really map out their plays and know the end even before they write the beginning — but I don’t work like that. I have no idea where these plays are going. I guess that’s the fun for me. I like these characters to unfold and see what happens as I go through and put the words down on paper.”

Tossmann will be offering a new play during April (no spoilers here, but the play promises to be especially timely during that month). From now through March 6, the company offers a play set in the Eastern Kentucky coalfields, “Gone Astray,” by Walter May. Bunbury Theater performs in the Henry Clay Building, 604 S. Third St. For information, bunburytheatre.org