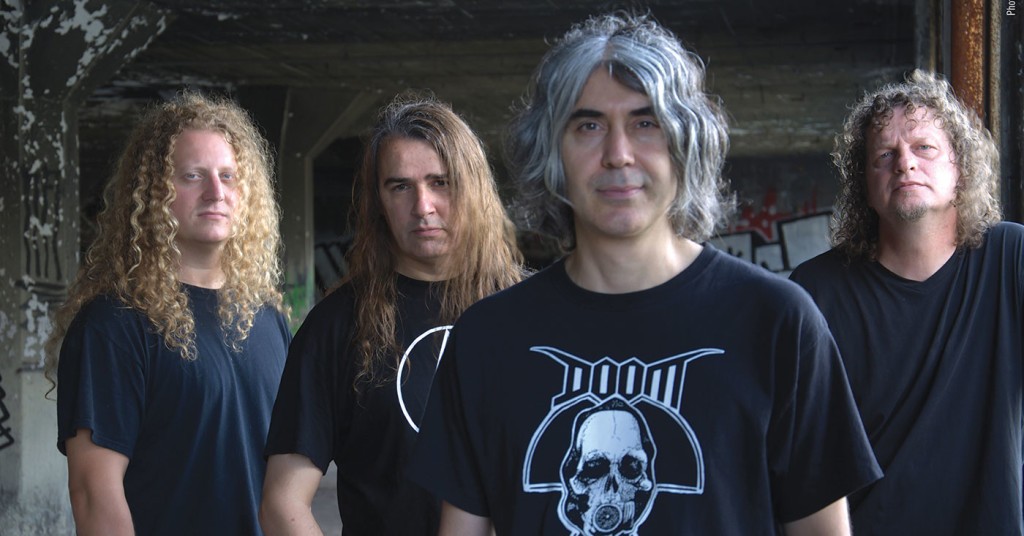 Unlike many of their peers, Voivod is one of the only first-wave thrash bands who still releases fresh-sounding music. On Feb. 26, they will drop a new EP, “Post Society.”

“It’s Voivod, but it’s new at the same time,” says guitarist Daniel Mongrain. “New colors. I feel it’s deep. Deep lyrics, deep music. But it still has this bite and edge to it.”

Voivod’s revitalized career is a story initially born of sadness. Piggy, the band’s sole guitarist, passed away from cancer in 2005. The consensus was that Voivod was done.

As Mongrain tells it, the return of Voivod began with “a single Voivod tribute gig where Piggy’s family and Voivod members were in attendance and enjoyed it.” The decision to reunite snowballed when “Voivod received an offer to play a Canadian festival, and they asked me to play guitar for the show. It was only supposed to be one show, but it’s never stopped since then.”

This series of events is still surreal for Mongrain.

“[I’ve been] a huge Voivod fan since I was 11 years old,” he says. “I play with my favorite band all around the world, playing my favorite songs.”

With “Post Society” about to drop, Mongrain spoke excitedly of the band’s passion to tour in support of it. “We all like to play live,” he says, “but we like to play more than just the classics. So, as artists, we need to play new music, for the butterflies it brings to our chests. It’s a drug.”