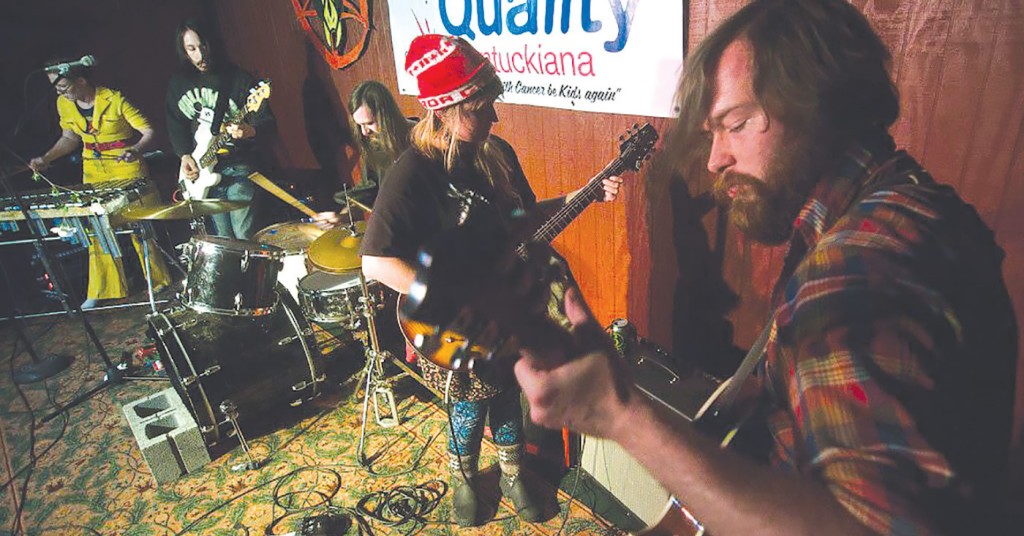 Black Birds of Paradise recently finished their second studio album, “Terror Bird.” In anticipation of the album, LEO reached out to the neo-psychedelic group.

LEO: It’s been two years since your last album. How has your approach changed, if at all, while working on this project?

BBOP: ‘Terror Bird’ and ‘BBOP’ were both recorded and engineered by our own Tzar Nicholas Layman. ‘Terror Bird’ was tracked live at Goldsmith Studio — the major difference between the two. It also vocally features the rest of the Black Birds as the wind beneath John Lewis’ vocal wings.

LEO: Compared to your self-titled release, ‘Terror Bird’ has a much heavier feel without compromising the often more relaxed tone of your music. At times, the vocals are reminiscent of ‘Time’-era Mercyful Fate. Would it be fair to call this the world’s first lounge metal record?

LEO: How has adding a second guitarist changed the sound of the band?

BBOP: It sounds a whole lot like there is someone else playing the guitar. Katy Hartman brings the essential elements of friends having fun, improvised chanting and WAY MORE SONGS!

LEO: When can we expect this album to be available to the public?

BBOP: It is complete. You can expect it. We can confirm, and not deny, that the Terror Bird has risen, it has risen indeed. One may view it in person May 14 at Haymarket.

LEO: Do you have any shows coming up that you’re particularly excited about?