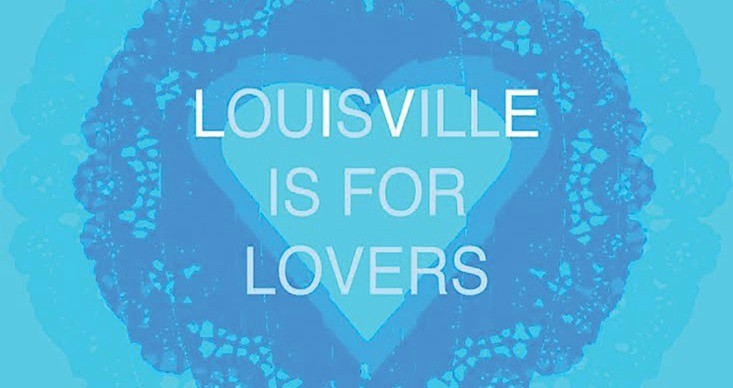 The Louisville is for Lovers ‘LIFE’ compilation was released on Friday, Feb. 5, and this Friday, Feb. 12, four of the bands on the project —The Gallery Singers, The Hot Wires, The Fervor and Cut Family Foundation — will celebrate by playing a show at Zanzabar. After releasing a Louisville is for Lovers compilation around Valentine’s Day for 10 consecutive years (2001-10), founder John King decided to take a break for a while, but then revived the idea this year. The 2016 installment features 31 tracks from local artists, 10 of which appear on the LP, while the others are available for download. Here’s a track-by-track breakdown of the LP, from the musicians behind the record.

Adventure — “Getting Over You”

“For this year’s Louisville is for Lovers compilation, we looked everywhere — cupboards, cages, dishwasher filter trays — and finally found an old demo: ‘Over You.’ I wrote it pre-break-up, but I was just copying the words on the wall. Two friends were oaring in the same waters. Must have been the season. So, I used each of their experiences for a verse, one of my own — perceived-future — experiences for a third, while the lines in the chorus stemmed from advice from the Internet. Sonically, I was obsessed with The Cars song and video, ‘Since You’re Gone.’ This is us trying to do that … and failing. We always end up sounding like ourselves. Oh, and Matt Brewington of the Cut Family recorded the drums, and a right nice job he did!”—Josef Medley

“My girlfriend and I were getting into bed one night when she asked me if I remembered how ‘that sea of love song’ went. Sure, I said, that’s easy, 1950s, covered by Robert Plant, same chords as ‘Wave of Mutilation,’ that the one? She frowned. ‘The other one.’ That night, I dreamed a new melody and the lyric, ‘Sailing on the sea of love,’ and started to write the song when I woke up. But it occurred to me that love isn’t a sea you sail on, wind-ruffled and ruddy of cheek. You swim in that sea, and you might not survive. So I changed the lyric. And we got married.”—Benjamin Phelan

“There are many types of love, 10 editions of the Louisville Is For Lovers Valentine’s comp is a testament to that. This particular song is about someone in my life who meant a great deal to me, not in a romantic way, but in a way that even as friends I couldn’t dream of her not being in my life. We don’t see each other as much as we used to. Time has a way of stealing our loved ones away from us. But I got a letter from her in the mail — it had a photograph attached. She’s a mother now, and in the picture she and her family are beaming with joy. I wanted, in some way, to capture that feeling in this song.” —John King

“Usually I have a melody or lyrics in mind first, but in this case the whole song was arranged before I knew what it was about. Then one day our 3-year-old daughter asked, ‘How do you know if your heart is broken?’ Fireworks went off in my head. We can attribute our feelings of heartbreak to any number of things: romance gone bad, a loved one gone too soon, a dream unrealized. What if some hearts just come broken straight out of the box? Are they still any good? There’s a no-return policy, so you just keep going. You keep trying. You keep loving.”—Natalie Felker

“These are some ancient lyrics I’ve been sitting on for almost 10 years. There was a song called ‘Television’ on my first demos for the first Lydia B. record. But I never thought of a second verse so it didn’t make it. I recently had the idea to make the second verse an analysis and response, so it’s like a mutually-skeptical love duet. The music is completely different now too, perhaps the most straightforward rock I’ve arranged for Lydia Burrell.” —Alexander Smith

Cereal Glyghs — “Run with the Fiends”

“I don’t believe in ghosts, but they say they’re all around us. Desire is a one-way road and spite is too often at the end of it.  But … when the glove fits, celebrate the rub. Souvenirs and trophies are mirrors of our triumphs and failures. Please play responsibly.” —Andy Myers

The Deloreans — “We Go Together”

“The things that stand out about this track are (1) it’s a fairly minimal arrangement for us, and (2) there’s some really bad flute solos. Zach — who normally plays synths in the band — is OK at flute and had plenty of good takes, but we kept mostly the bad ones. Of course, usually only the best takes end up on recordings but we thought it would be funny to do otherwise. Beyond that, it’s a track where you can say ‘Yea, OK I can listen to this,’ and then you can walk away. It’s not asking for a commitment. It knows how this goes. If you guys never hang out again, it doesn’t care.”—J. Perry

“I usually make a demo version of a song for the band to learn, so I decided to play and record every instrument for this song. I don’t really know anyone named Shelia; I just thought it would sound catchy, having a name repeated over and over. The only Shelia I ever knew was my bus driver in middle school, so it wasn’t a romantic relationship, but she was cool.”—Tony Esposito

“We wrote this song when Maryliz and I were about a thousand miles away from Kevin. He composed the music in Louisville, and Maryliz and I wrote and recorded the vocals in the van somewhere in the Northeast while Nick Roeder drove. You can hear the sound of wind/trucks driving by on the highway if you listen closely. Lyrically, this song is about the bookends of a relationship — the moment I knew I was going to be with someone, and the moment I knew it was over. Silence was a big part of both.”—Lacey Guthrie

“I wrote ‘Deep Sea Mama’ after hearing the eponymous phrase uttered at my (then blue-mohawked) wife by a well-meaning old man on the street. The narrator is a sailor condemned to be thrown from his ship for insubordination, hoping to be rescued by a fickle mermaid. The version on the compilation is an acoustic outtake recorded at the Funeral Home, where Quiet Hollers recorded our first album back in 2012-13, and features a broken-necked Nick Goldring playing a 40-pound accordion.”—Shadwick Wilde