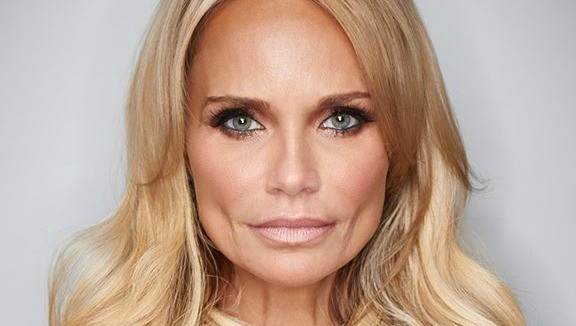 Kristin Chenoweth has made her mark in so many fields over the years that she can’t be pigeonholed as simply a singer, or actress or any other label. She has starred in television — The West Wing and Glee, for example — and originated the role of Glinda in the Broadway smash Wicked. She returns to Louisville as a guest artist with the Louisville Orchestra, and generously answered LEO’s questions while on tour. She cited early influences, especially “the performances of Julie Andrews — she definitely made me want to be in theatre, as she was in theatre like me. Also, Sandi Patty the Christian singer was a huge influence on me, as well as Dolly Parton. I have a really eclectic taste, but certainly those three singers had the biggest influence on me.”

Chenoweth began studying opera, but moved to musical theater, stating that while “opera training has helped me do all kinds of music and help me understand my voice, and how to take care of myself and I still use that knowledge today. To be strictly in opera I would only have to do that, while, with music theatre, I get to do a lot of different things as well as with TV, film and concerts, with all kinds of music in them. Also, to be honest with you, I have always put acting first. I’m always going to be a creature of the theatre. Whenever I’m in a theatre I feel like I’m in my own show-business church — I love the proscenium, the lights, but most of all I love the audience.”

Chenoweth had been booked to replace the late Natalie Cole when Ms. Cole was ill, but well before her untimely passing. She spoke of Cole as “being the first singer I remember that had the most luscious, deep voice, yet [a] beautifully technically-crafted voice. I thought you could hear in her singing how she felt. There are a million great voices, but she wore her heart on her sleeve and you could hear it. She had beautiful technique and respected it, and that’s why she sang until the day she died.”

Her accompanist is pianist Mary-Mitchell Campbell, who she has known for 15 years. “One of the things I respect most about her is that she can do any style of music. She likes to do any style like I do. She likes to do opera, music theatre, she likes pop, she likes country and she’s not afraid to take risks and have fun. So that’s the main thing between us — that we enjoy so much about each other and she’s a top notch, incredible musician. That’s a list that not many conductors have. We will come in the day before and the day of show for orchestra rehearsal, that’s normally how it works. The musicians are so incredible that we have three hours of rehearsal together, they’re so fast and technically efficient — that’s why we are able to do the rehearsal in one day and perform it that night. This is what they are accustomed to and what I’m accustomed to.”

Chenoweth closed the interview with her passion for philanthropy: “As your journey goes on in life, you start to understand and see what your role is and why you’re here. I certainly think of Mary Mitchell and I’ve learned from her and her organization called ASTEP, which is Artist Striving To End Poverty, that helps children all over with their life skills and influence it with music and dance and art. They are all over the world. So it inspired me when they named the theatre after me in Broken Arrow, OK to start working with statewide kids in OK and having summer arts camp for them — much like I wanted to do when I was little. So, I think the main thing is, is how you want to be remembered and what you’re going to do with your gifts. And one of the things I’ve learned the most is that when you give of yourself, and you’re teaching someone younger than you what it’s like, you actually get the biggest gift of all! You get to see them experience life, and see their life change. You get to see something click for them and it’s really special. More and more that is becoming the most import thing in my work.”