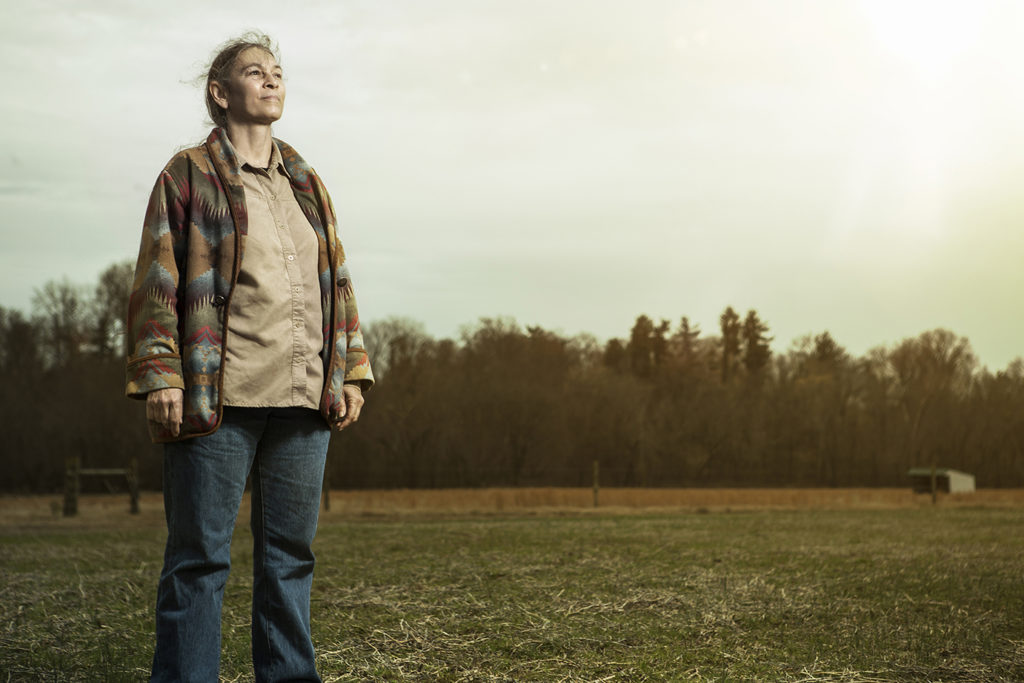 The buzzer of the UpStairs Lounge rings incessantly, and a patron is asked to see who it is. He opens the door and the blast is sudden, overwhelming. He never knows what hit him.

Scorched by the incredible heat, I jump from my table near the stairwell and run. Flames barrel under the indoor/outdoor carpet, exploding through, racing up the backs of my legs. I fall to the ground, drowning in the shrieks of my friends.

Ronnie Rosenthal, one of 15 who escaped death in the UpStairs Lounge fire, recalls, “Everybody was screaming, everybody was so confused…” Survivor Ricky Everett remembers thinking, “This isn’t happening.”

Sheri L. Wright is the producer/director of the documentary  “Tracking Fire.” Her unflinching gaze communicates the intensity of her commitment to this project. “The story of ‘Tracking Fire’ has to be told,” says the slight woman with a graying ponytail. “Compare what these people went through to circling the block for a parking space, and your priorities come into focus very quickly.”

Buddy, the bartender, leaps over the bar, touches people on their shoulders and shouts, “Follow me!” He quickly leads them through an emergency exit. One man goes back in for his lover. He doesn’t come back out.

The French Quarter of New Orleans, home to Mardi Gras, is full of aging buildings like the one that housed the bar: the type of buildings vulnerable to an accelerant like the one that created this inferno. And death by fire is the most-feared way to die, according to any number of websites on the topic. The lungs shut down through asphyxiation, the skin blisters, the nerves are exposed. By that time, death may be preferable to the unbearable pain.

The fire is 2,000 degrees. Panic billows like smoke around us. People have piled onto each other in the futile rush to escape, and most have breathed their last by now. “Don’t leave me!” I hear someone scream, not recognizing my own voice.

To be gay in 1973 New Orleans was asking for trouble. Explains writer/activist Frank Perez: “It was totally, utterly incomprehensible how invisible our community was at that time. You know, fear of being arrested, fear of being put in an insane asylum, fear of losing your job, fear of isolating your family. I’m sure people had friends that died in the fire, but the next day when they went to work, they could not show their grief, they could not openly weep or talk about it.” On that widely-celebrated fourth anniversary of the Stonewall Riots, NOLA gay life stayed underground. A devastating example of this intolerance was the fate of Luther Boggs, a teacher who later died; while he was hospitalized with terrible burns, he was notified that he had been fired from his job.

How could this have happened? Witnesses point the finger at a well-known angry, sexually confused man, Rodger D. Nunez, who had been ejected earlier in the evening from the Lounge for harassing patrons. He was a hustler, drunk and ready to fight. Nunez’s last words to the people in the lounge? “I’m going to burn you all out.”

Firsthand accounts describe a man fitting Nunez’s description who walked to Walgreen’s and bought a can of lighter fluid. It is presumed he returned to the bar’s entrance and set the wooden stairs on fire. Wright postulates that authorities didn’t fully investigate the crime. They questioned “person of interest” Nunez but didn’t pursue it. No arrests were ever made.

I can barely make out the glass panes blocked with iron “burglar bars”: I’m within arm’s length…

Born in Louisville, Wright lived in Southern Indiana and California before returning to the Louisville area. A poet, author, photographer, artist and avid film-lover, Wright is a renaissance woman who sees the future with a clear vision. “To make it in your hometown, you have to leave, find a level of success, then return to acclaim.” Wright shakes her head. “There are such pervasive stereotypes of Kentuckians; how many Johnny Depps and George Clooneys does it take to reverse that perception?” Wright believes this film will add another exception to the list, and her painstaking research into the mass murder of 32 human beings substantiates that belief.

People are seared to the bars. Somehow, I pull myself to my feet and limp toward the windows. I’m thin enough to squeeze through. Fresh air. I fall on top of others already on the sidewalk below. I gasp, inhale, collapse. Pain, intense and feral.

Interestingly, the Lounge had until recently served as home to the Metropolitan Community Church. Many patrons were members and that evening had even sung together before the inferno struck. No church would hold services until one Episcopal priest stepped up, despite enormous pressures by his superiors and congregation. Wright explained that, according to documents, police shut down the investigation after three weeks. “It was illegal to dress in drag. Cops shook down clubs, arrested gays. But they let an alleged arsonist go. There is the possibility of an accomplice. A witness saw two men coming out of the stairwell door before the explosion. Did that ever bear weight in the final reports?” She shakes her head in apparent disgust.

The skin of my chest is bubbling. I’m begging for death. I think, “Whose God would wish this torture on His child?”

Family members of one victim, Ferris LeBlanc, found out only this year that their uncle and brother died in the UpStairs Lounge fire. He was a decorated World War II veteran buried in an unmarked grave with three other victims. “It took public shaming to get the Resthaven cemetery open for family members to have access. We know which potter’s field he’s in,” Wright makes clear, “but we can’t locate the graves. City officials stated that cemetery records were lost in Hurricane Katrina. It’s a terrible situation. These were horrible deaths, the largest LGBT murder in U.S. history. Knowing [LeBlanc’s] fate gave a certain sense of relief to those he’s left behind. Now, they want the last missing piece.”

My eyes are too dry to cry. I’m too numb to scream anymore. I drop my head back and wait for the relief of oblivion.

“It’s taken nearly 40 years for this fire to become known,” Wright says with disgust. “There was an exhibition in 2008, but the incident didn’t really become better known until 2013.” It enrages the researcher that so many things were swept under the rug. “Families are still seeking closure,” like  LeBlanc’s. To provide some of that closure, Wright is vigorously fact-finding, discovering answers that have eluded the survivors, and the victims’ families, for years.

Wright finally entreats, “We can’t become too afraid to act. We must remain vigilant. We’ve made such strides, and our rights can quickly be taken away.” Spoken like the leader she is in the fight to resolve the mysteries of the fatal fire in the UpStairs Lounge of New Orleans of 1973.

Nearly $20,000 has been spent thus far in the making of “Tracking Fire,” some of which came from Wright’s own pocket. She’s sold her own artwork and “anything of value” she owned. Frequent fundraisers are insufficient to collect the remaining $20,000-30,000 needed to complete this seminal production. “We plan to enter it into all the major film festivals: Cannes, Sundance, Toronto,” the documentarian reveals. “I made a promise to everyone affected by the fire that I would take on the responsibility of telling their story to as large an audience as possible.” Many road trips and late nights have taken place to accomplish that goal. To help fulfill it, make your contribution online at tracking fire.com or mail your tax-deductible donation to Tracking Fire, c/o Louisville Visual Art Association, 1538 Lytle St., Louisville, KY 40203.

The names below are those of the victims of the UpStairs Lounge Fire. In a showing of love and support in some of the accompanying photographs, Louisvillians came out and volunteered their time to acknowledge the loss of each name on the list.

Here they are, and may they never be forgotten: