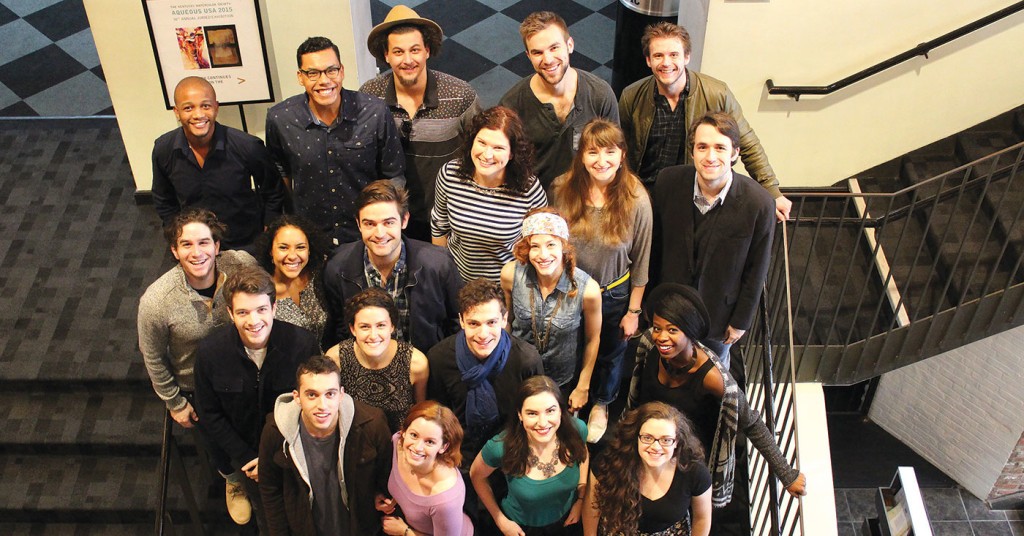 “The ten minute play isn’t an Actors Theatre creation,” said Jon Jory in a 2007 interview that reflected on his three decades as leader of Actors Theatre of Louisville. “But we are the ones who made it national and viable.”

ATL’s first festival of new plays was produced in 1976. In 1979, the company initiated its National One Act Contest, which eventually became the National Ten-Minute Play Contest. In the early years, those plays were billed as “Shorts,” and the lineups included works by Marsha Norman, Jane Martin, Lee Blessing, Roy Blount, Jr., Richard Ford and Wendell Berry (whose “The Cool of the Day” included Will Oldham in the cast). These days, ATL bills these short plays as The Tens, and the company’s enduring focus on short plays continues to serve as a gateway for emerging writers and an experimental test bed for established writers.

In addition, in recent years, the programs have served as an exciting showcase for ATL’s Apprentice/Intern Company — and have yielded some terrific plays and performances.

This year’s lineup, which runs Jan. 12-16, includes eight plays by a fine mix of playwrights — and given that tickets are free (you do need a reservation), this is a fantastic chance to see some great new works produced and performed by a brand new generation of theater people.

One of those people is James Kennedy, 24, who graduated from Emerson College in 2014.  He has a dual role in this year’s Tens program.

As a Directing Intern, Kennedy is directing Cory Hinkle’s play “The Quintessence of Dust.”Hinkle’s previous work at ATL includes “Fissures (lost and found)” and “That High Lonesome Sound,” and his play “Little Eyes” had its world premiere at the Guthrie Theater).

In addition, Kennedy has a new play on the bill: “Trudy, Carolyn, Martha, and Regina Travel to Outer Space and Have a Pretty Terrible Time There,” directed by Cara Phipps (this play has already scored an award in ATL’s Small Starving Artist Contest).

If you want a glimpse of the quality of young theater professionals the ATL Apprentice/Intern Company attracts these days, I encourage you to go directly to the following sources.

First, for a short, droll read, visit the ATL Apprentice/Intern company blog (actorstheatre.org/category/ai-company/) and read Kennedy’s October “A Day in the Life of” entry — where you’ll find him reflecting on the quality of Sunergos coffee and discussing his work crewing on ATL’s production of “Luna Gale” (which, among other things, involved ironing the costumes).

Second, search Youtube for the short documentary “75 Pianos,” which documents Kennedy’s quest to play 75 different songs on 75 street pianos scattered around Boston as part of that city’s “Play Me I’m Yours” project.

Third, you should visit Kennedy’s website, jameshkennedy.com, where I saw something I’ve never before seen: his list of plays specifies those that pass the “Bechdel Test” — a quick method for determining whether a play strives for gender equity. To pass, the cast must include two or more named women. Who talk to each other. About something other than a man.

“I think there’s a growing awareness in our artistic field of the kinds of stories we’re telling,” Kennedy said. “I think there’s a really strong desire to balance the artistic work with a more socially aware consciousness behind the work.”

Both artists and audiences have a hunger for new kinds of stories, he adds.  And while he observes that, as a storyteller, these kinds of issues aren’t necessarily at the forefront of his mind, they enrich his range of choices as he works on narrative, structure and casting.

In the end, he says, “As a playwright, during the first part of the process — before you pass the pages on to the director, dramaturg, or actors — I have full control over what the story is. So these are conversations I’m having with myself, and I want to make very specific choices about how I can use the play to bring in new people, new voices and new perspectives.”

As Kennedy talks about writing, it becomes clear that his process fuses imagination and rigorous processes. “Ten minute plays are very tricky,” he says. “What you want to create is a complete work, but often what you get is either a scene from a larger work or something like a ‘Saturday Night Live’ sketch.” As he approached “Trudy” et al, he said, “I wanted to embrace the challenge of creating a true theatrical story that is only ten pages long — especially in view of Actors Theatre’s history with ten-minute plays. So I spent a lot of time thinking about what you can do in a ten minute play that you can’t do in a full-length play.”

As Kennedy reflected on that problem he came to realization: “I think in a ten minute play it’s possible to have characters with whom it might not be pleasant to spend an hour or more — but who can be strangely delightful for ten minutes. They’re people you might not want to encounter at a dinner party, but watching them be their crazy selves is kind of fun.”

No spoilers here, but Kennedy’s play on this year’s bill does involve space travel in close quarters with an oddball quartet.

As a director, Kennedy has already had an extraordinarily busy year — he assisted Colman Domingo on “Seven Guitars,” directed Steve Mould’s “The Wedding Guest,” as well as multiple Apprentice productions, and this spring finds him assisting on  three major productions. We’ll check in with him later in the season to talk more about that experience.

For the moment, though, you might consider that the Actors Apprentice/Intern Company, which has become a central focus for the company (and received a $1.2 million gift last year from the Roy Cockrum Foundation) is developing some visionary ideas that you might want to support. Foremost among them is an “Apprentice Showcase” that will coincide with the Humana Festival, and will offer the apprentices and interns an opportunity to perform for invited directors and casting agents from around the country.  Fund-raising is underway. For information, call Elizabeth Cooley in ATL’s development office, or connect to www2.power2give.org/campaigns/161.