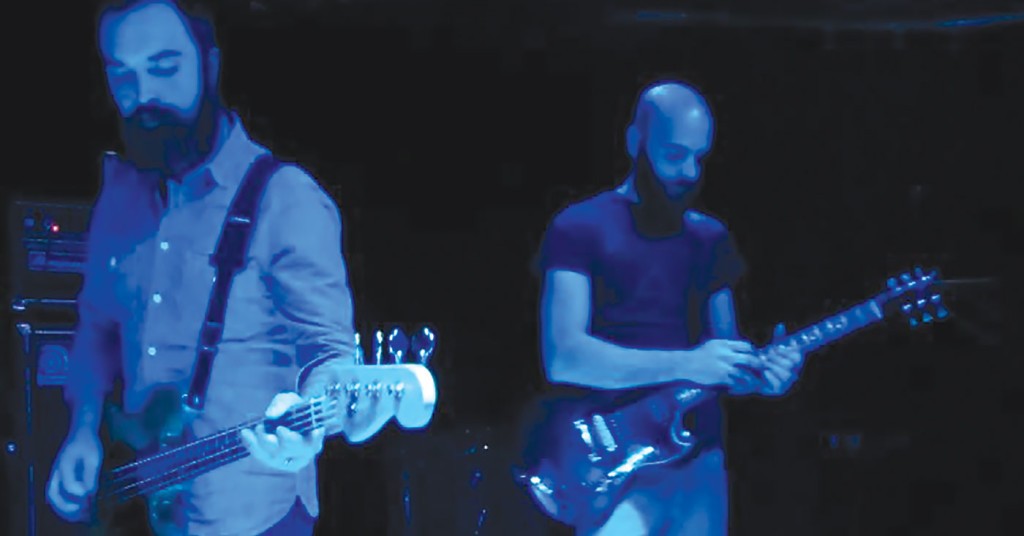 It’s rare as a musician that you have the ability to end a band or project on your own terms and in a way that best reflects the desires of everyone involved, but the band Sea Hero certainly has found that good fortune, the silver lining to their untimely demise as a unit. That doesn’t make it any less bittersweet for the instrumental indie rockers who will call it a day this Saturday night after five years or so. Their final show is with local luminaries Seluah and The Trophy Wives, as well as the release of the band’s second album “Graustark,” the follow up to their debut release “Grave Talk,” and first new music since 2012.

It started off simply enough.

“Sea Hero started when I met Jonny,” guitarist Mike Gutterman recalls. “I had a long period with no active band and had been recording ideas by myself for a couple of years. I asked Jonny to join me to help turn them into something. We built the band with other friends from that point.”

That friendship is intrinsic to their band and has informed their sound.

“As far as us having a specific mission for what we wanted to accomplish as a band, it was never really anything more than a group of friends getting together and creating something that we all enjoyed,” Bassist Jonathan Kamer admits, “which I feel we definitely accomplished.”

As such, the band hails from a rich tradition of instrumental indie in a town that privileges heavy grooves and atmospheric guitar work to tell a story. Kamer says, “Yeah, some of my all time favorite records have come out of this town, and I feel blessed that I was born and raised here to be immersed in it all. We have been heavily influenced by so many Louisville bands of the past and present. It’s funny, I don’t necessarily hear the ‘Louisville sound’ in our music, but it’s there, and we hear it from people all the time.”

They’ve certainly evolved that sound over time, with their newest serving as a departure from their earlier efforts.

“‘Grave Talk’ was the result of the band trying to figure out what our sound was,” Gutterman says. “To be honest, it was our first batch of songs that we wrote as a band. I am still proud of it. But ‘Graustark’ is the result of truly finding our sound, and I think it is a bit more cohesive because of that. Plus, it is heavier.”

Expanding on that, Kamer says, “The writing process originally started off with me and [Gutterman] just putting the bones together for ‘Grave Talk.’ Once we had a few songs put together, we had our friend Chris [Wilkins] join us to bring something different to the table. At that point, we thought that these were songs that we wouldn’t feel horrible actually playing in front of people. The sound was still missing something, and at that point is when Buddy [McHagan] joined. He made a huge difference and was a perfect fit. We went through a couple of drummers over the years, and our friend Jeff jumped in for the newest record. The writing process for [Graustark] was a lot easier at this point because we were all much more comfortable in our own skin.”

But all good things come to an end.

“It’s all coming to an end because a couple of the guys in the band are moving away because of their jobs,” Kamer says. “It’s unfortunate that it has to end, as we felt like we were really starting to come into our own. I’m just glad it wasn’t a messy breakup  — we all still love each other very much.”

“I certainly wish we could have put out more albums,” Gutterman continues. “I feel like we really found our sound on this album, and it would have been exciting to see how far we could take it and how it would have evolved. We had a good chunk of what would have been a third album started, so it is a bit of a shame that we couldn’t make it happen.”

Optimistically, Kamer notes, “Like Mike said, it’s just a bummer that it’s ending now, but you never know … we could end up reuniting again in the future.” •