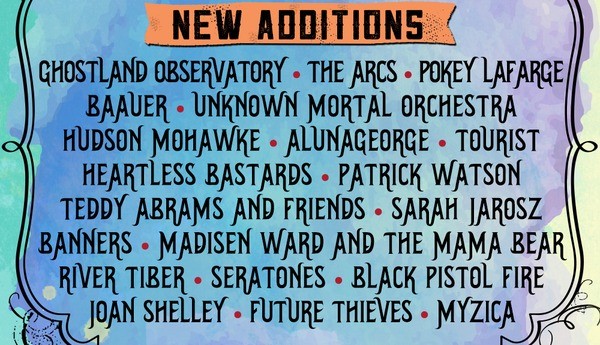 Ghostland Observatory, The Arcs, Pokey Lafarge, Unknown Moral Orchestra, AlunaGeorge, Teddy Abrams and Friends, Joan Shelley and more have all been announced as additions to the Forecastle 2016 lineup Tuesday. The festival, which takes place at Waterfront Park July 15-17, released the second wave Tuesday morning to go along with previously-released artists that include headliners The Avett Brothers, Alabama Shakes, Death Cab For Cutie, Ryan Adams, and a slew of other acts. Check out the full lineup here. Below is a Spotify playlist containing one song from each additional band or solo musicians that was added to the lineup today (with the exception of Teddy Abrams, but, at the bottom of this page, there is a video of him performing a NPR Tiny Desk Concert … although his set at Forecastle will probably be much different).

LEO Weekly is giving away a pair of tickets to Forecastle 2016. Click here to win.