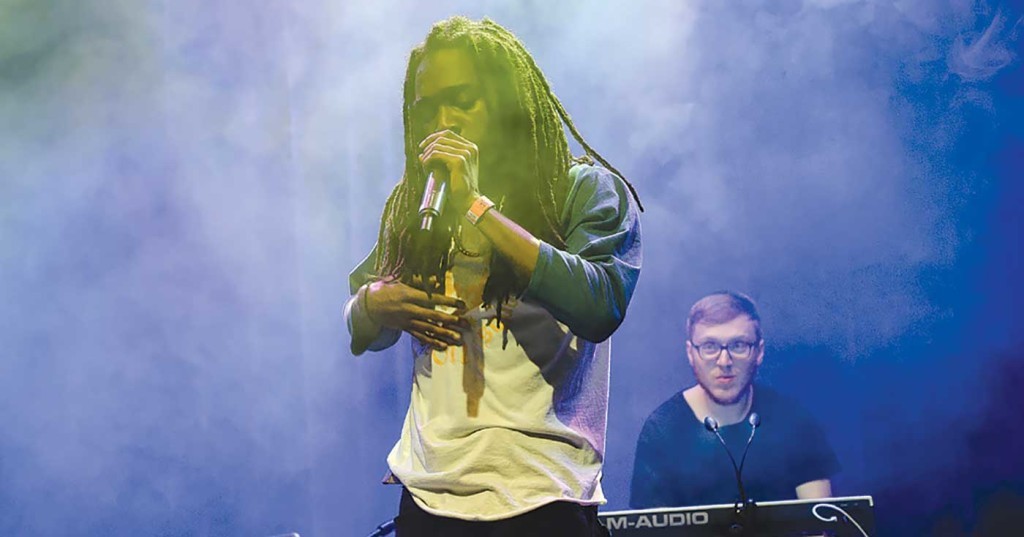 It seems like every year Louisville hip-hop gains more and more traction in a city rife with talent. Jordan Jetson, a member of the United Legions of Doom collective with his cousin 1200, is an emcee of remarkable skill, whose debut album “Inner City Gods” made waves this summer with an easy lyrical flow and the production to match. Jetson is already off to a great start in 2016 as one of the local artists performing this week for the Do502 Free Week series.

He has an attitude that matches his musical output. He humbly acknowledges of his successes last year that “2015 was excellent, fam, thanks for asking. Had twins and had fun doing what I love. I see 2016 as the year that music becomes my job, more than a hobby.”

It’s that love and ambition that Jetson hopes to carry into the current year and which informs his efforts as an artist. But he never lets it get to his head.

“I just want to be able to spoil my kids and pay all my bills on time,” he says. “That’s success to me. As far as musical success goes, I like independent guys like Curren$y and Nipsey Hussle. I follow their business models.”

Jetson’s love for hip-hop is as long as his memory: “In the late ’90s and early 2000s hip-hop was everything to me. I was neck deep in almost every album, magazine and DVD. My cousins would come over and we would freestyle starting around age 9 for me, well up into my teens. Me and the mic have always just gravitated towards one another.”

At the moment, his work is at the mic, but not behind the mixer. While he doesn’t produce his own work yet, he says, “I’ve been kinda self-teaching myself piano. When I met Nick Burke, he pretty much insisted on handling all my instrumental work. Recently, I’ve been working with some really talented people like Eons D, Danny Sogar and Axel Roley, people who are versatile and have a positive attitude.”

Fortunately  for Jetson, the talent he has surrounded himself with allows him the luxury to follow his muse. He explains of his writing process, “I mostly write to the beats I’m given, but sometimes I’ll create a concept to one of my older tracks, weave the entire narrative, then save it for the next dope track I’m sent. The process is fluid.”

Given that 2015 was such a watershed year, not just for Jetson, but for the community at large, what comes next? For Jordan the answer is simple enough:  “Louisville hip-hop needs to evolve outwards, and become a part of America’s hip-hop scene.”

Jordan Jetson plays The New Vintage for Do502 Free Week on Friday, Jan. 29 with The Tunesmiths and The Hot Wires. For the full Free Week Schedule, visit do502.com/freeweek.