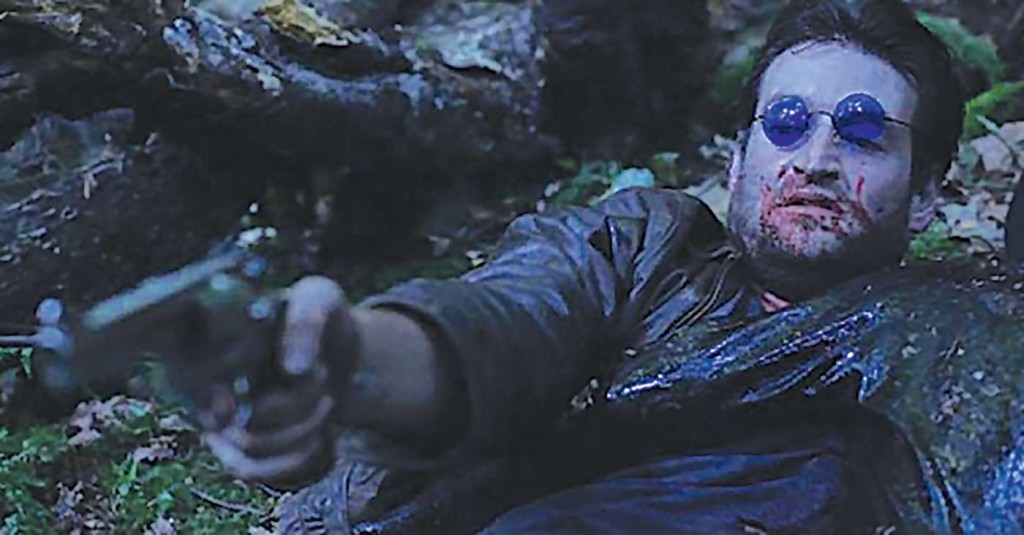 Jacob Mulliken is a Louisville-born filmmaker who grew up in Bowling Green, went to college in Santa Fe, made a movie in Pennsylvania and has returned home to Louisville upon the release of his first full-length feature film “Meltdown.” The writer/director/actor of the film had been kicking around doing theater and television roles (including a small part on “Breaking Bad”) when he decided he wanted to make his own movie. “Meltdown” has been referred to as an amalgam of “Clerks,” “Shawn of the Dead” and “Mad Max: The Road Warrior.” Having returned to Louisville, and deep into his next project (which will be a documentary), Mulliken chatted with LEO about the movie, which was released earlier this month VOD services like iTunes, Amazon Prime, Vudu and Xbox and will see a Blu-ray/DVD release this summer.

LEO: What finally pushed you to go ahead and make ‘Meltdown’?

Jacob Mulliken: I always wanted to act and write, so I wrote the ‘Meltdown’ short film, moved to California and started teaching, but film is where my heart is. So I moved to Pittsburgh and then shot the short. Thankfully, they [RAW Artists] awarded me Filmmaker of the Year for that.

LEO: How did you go from short to full-length movie?

JM: After they gave me the award, I decided I was tired of working these bullshit odd jobs, so I wrote the feature length script, decided to go ahead and shoot it, got the funding from a single financier, and hopefully down the line, someone will show up and buy it from me.

LEO: You made this for a very modest $20,000. That can’t be easy considering the special effects required for a zombie movie.

JM: The film was shot in Sommerset, Pennsylvania, which was awesome because the entire town embraced what we were doing. They let us close down streets, shoot in their houses, restaurants to film in. They gave us ambulances. We even ripped the arms off of the mayor in the movie. I’m pretty sure I killed everyone in that city.  Actually, Aug. 16 is legally Meltdown Day in Sommerset.

LEO: That solves a lot of location issues. What about special effects?

JM: Special effects was a huge hunk of the budget. We didn’t use any computer effects; it all had to be practical — so a lot of latex and fake blood.

LEO: What was the hardest effect you had to pull off?

JM: Well, we shot the whole thing in two weeks, so we were balls to the wall for two weeks, which means our special effects had to be “one-take wonders.” We didn’t have the time or budget for something to go wrong, clean it up, reset and shoot again. And luckily everything we designed went right on the first take. But my personal favorite effect is when a baby jumps out of its mother’s stomach and eats the face of its dad. I’m particularly proud of that one. Some friends of mine were an actual couple and asked if they could be the mom and dad, and I was like, ‘Yes, I will relish killing you.’ The other one is we hit a guy with a car at 45 miles an hour and split him in half. •