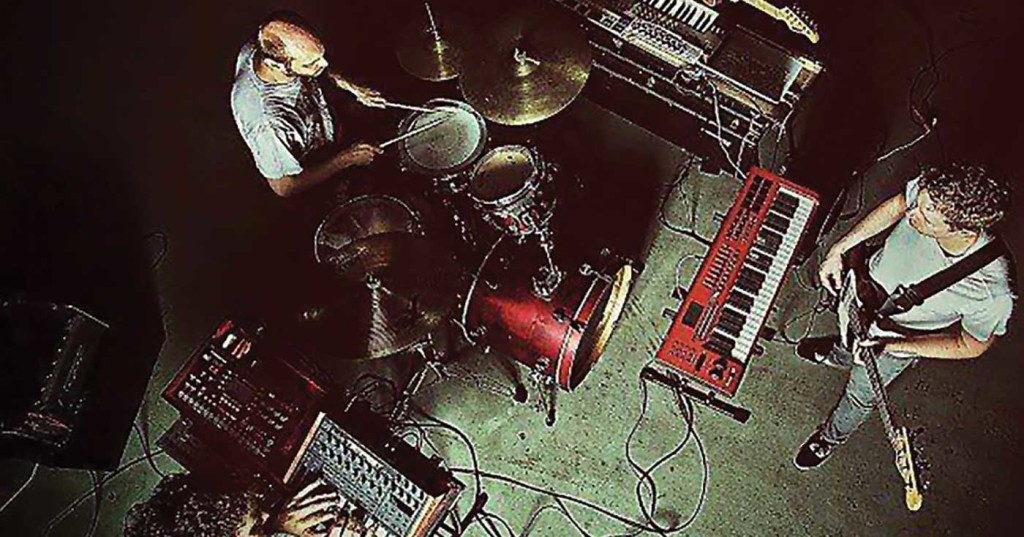 It’s funny to think that an instrumental band can be identified by their sense of humor, but Karass delivers. The Louisville indie veterans show that in the way that they present their music — always carefully-crafted and well-constructed, but with a sense of whimsy. That sensibility is immediately apparent in talking with them, as they have no reservations about diving right into a joke and having fun with their art.

According to guitarist/keyboardist Chris Kincaid, 2015 wasn’t such a bad year: “We released an album and a sibling remix album that we were all pretty stoked on. There were lots of personal high points as well. New jobs, two weddings and an opera! I’d say change nothing.”

Drummer Greg Ward agrees, noting, “Yeah, 2015 was great for me personally and musically. We worked for a very long time on ‘The Donut Industrial Complex.’ There were songs on that record that we wrote even before Dennis joined the band in 2012, so it was really awesome to release that record and have such an amazing reception for it.”

What’s next for the band in 2016? It seems that every other year, the band releases an EP, with the last being the collaborative effort “Order of Operations.” When asked if there would be a continuation to that pattern of release, Kincaid answers, “No. That EP is dead to us.”

Ward expands on that: “Man, collabs can be very time consuming. Don’t get me wrong, we love it, but a lot of times it’s hard for just the four of us to get together let alone another independent artist who has their own schedule/job/shows/family life.”

Their humor and pragmatism underscore optimism. For Ward, that fit into the larger scene is easy as he believes, “I personally view the music scene very positively here. Whenever I first started getting into the scene here back in 2002-’03 I kept going to these amazing shows with awesome bands like Strike City, The Children, Ultra Pulverize, Venus Trap, Nixon, Verktum, City of Ghosts … I could go on and on. This town has always had great bands. Where we fit in that system is really beyond me. I’d say for the average music fan we are a little bit dance-y, a little bit loud and super weird.”

So how do they see success in that system? Kincaid sees it as “doing, failing, learning, improving. It also includes driving a Maserati 185 miles per hour.”

You can catch Karass on Friday of Do502’s Free Week alongside Jonathan Wood Glenn and Quiet Hollers at Zanzabar. For the full Free Week schedule, visit do502.com/freeweek.