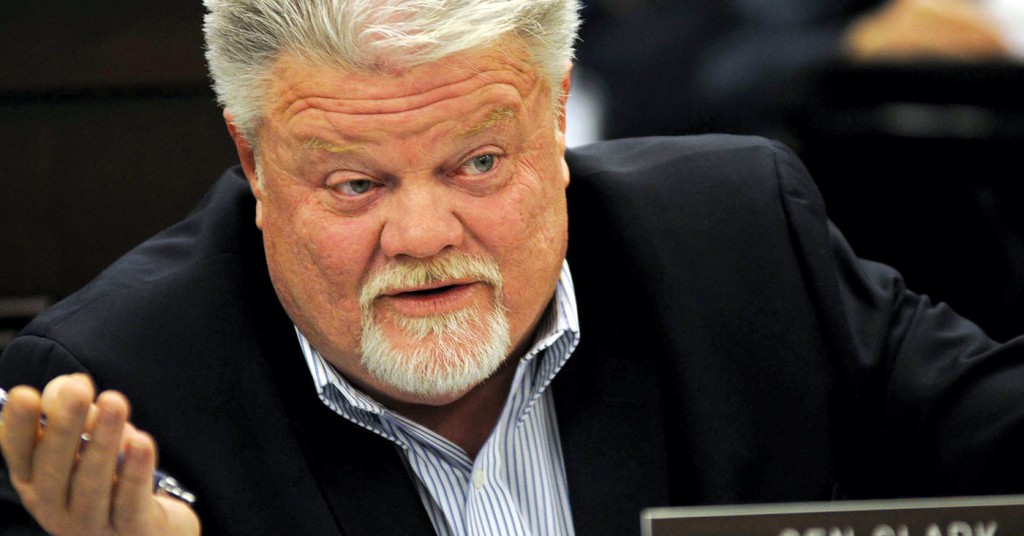 The “Cannabis Freedom Act,” which would decriminalize marijuana and other cannabis-related products for consumption and sale in Kentucky, is perhaps the most controversial bill to be considered in the state’s current legislative session. The bill is modeled after Colorado’s cannabis legislation and would allow anyone over 21 years of age to possess up to one ounce of cannabis on their person, cultivate up to five cannabis plants and store any excess cannabis for personal use. But State Senator Perry Clark (author of the bill) said that decriminalizing marijuana isn’t just about giving people the freedom to get high, but a chance to address some serious issues plaguing Kentucky.

“I don’t personally care about using cannabis. I just know that these laws are outdated and negatively affecting our state, our citizens, and it’s ridiculous,” said Sen. Clark. “People overregulated cannabis out of fear, and these are bad laws. They’re laws that never should have been and it’s time that we fix that.”

According to a 2014 report by Kentucky’s Cabinet of Justice & Public Safety, drug-related overdoses accounted for 59 percent of accidental deaths in Kentucky. Of those overdose deaths autopsied, morphine was detected in 41 percent, monoacetylmorphine (heroin) in 29 percent, hydrocodone in 21 percent and oxycodone in 19 percent. All of these are opioids (commonly known as painkillers).

Mark Chandler, a defense attorney and advocate for decriminalizing marijuana said he has seen the effects of this opioid problem first hand.

“A lot of folks start out with legitimate medical needs, either from a car accident, a workplace injury or something traumatic, so they get prescribed some opiates and they become addicted very quickly,” said Chandler. “But some people switch to marijuana instead of opiates for their pain problems, and you can see a difference. They’re so much more clear headed and able to navigate society. They’re able to work and interact with folks, much more so than if they had stayed on opiates.”

“What we’re doing right now to combat this problem isn’t working,” said Sen. Clark “But you can see in places where they implement medicinal marijuana and decriminalization laws, that there is a reduction in prescription and opiate overdose deaths, and those amazing numbers are lives being saved.”

Nationally in 2014, 45 percent of drug arrests were marijuana related, according to FBI Uniform Crime Reporting data. And collectively states spend about $3.6 billion a year enforcing laws against marijuana possession, according to a 2013 report by the American Civil Liberties Union (ACLU). This is time and money that Sen. Clark thinks could be better spent combating more serious issues.

“If there is no violence or property damage involved, why is it a problem? I mean millions of people have consumed cannabis, and millions of people are not hardcore drug addicts or criminals,” said Sen. Clark. “I’m from South Louisville; my family, my friends and a lot of people have trouble dealing with marijuana related offenses. And those marks on their record really keep a lot of people downtrodden and impoverished because these cannabis charges carry almost a life sentence of poverty.”

Only 12 percent of employers said they’d accept an application from someone with a criminal record, according to a 2003 study by the National Bureau of Economic Research.

Chandler said he has seen first hand how arrests for simply possessing marijuana can destroy lives.

“I had a guy once who had pain issues, anxiety issues and sleep disorders. So he used different strains [of marijuana] to help him get through the day,” said Chandler. “But since he kept the different strains separately packaged, the officer arresting him thought he was trafficking it.”

In Kentucky, trafficking eight or more ounces of marijuana is a felony, which is a lifelong label with negative consequences.

“We basically isolate people, brand and label them as felons and make it impossible for them to get jobs, which means they now have even fewer resources to try and rebuild their lives with after leaving prison.” said Chandler. “There shouldn’t be any criminal stigma attached to simple possession of marijuana, and we shouldn’t brand people criminals who aren’t.”

“Colorado made over $100 million dollars, pure tax money, off their cannabis industry last year; they decreased marijuana related arrests by 95 percent, saving tens of millions in the criminal justice system; and their tourism went up double digits since they decriminalized marijuana,” said Sen. Clark. “If Kentucky could grow its tourism industry by 10 percent next year instead of our usual two or four percent, we’d have another one and a half billion dollars coming into the state, and the tax revenue generated from that would be huge. These are big numbers were talking about.”

Currently the Cannabis Freedom Act states that this newly generated revenue would be allocated towards funding public schools, college scholarship funds, “evidence based” substance abuse treatment programs and improving equipment for state law enforcement. But Sen. Clark said others have already suggested using the money for other things.

“I put that in there purely for discussion purposes. It’s the way Colorado did it. It’s a very successful model, but I am open to any suggestions for different ways to use the money,” Sen. Clark. “My job is to stir the pot and get this discussion going on a very adult and rational level.”

Nationally, 53 percent of Americans approve of the decriminalization of marijuana according to a 2015 survey by the PEW Research Center. But sentiments may be mixed in Kentucky.

“It’s gonna be tough in our state, we still have a lot of dry counties and there’s still a lot of belts where I don’t think it’ll be popular,” said Chandler. “And I bet some people in the law enforcement camp, officers and prosecutors, wouldn’t want to see it legalized just because it’s a steady stream of money for them.”

But Sen. Clark said the facts are on his side, and that people should voice their opinions to their representatives so that Kentucky can seize this opportunity to right some wrongs in society and generate revenue for the state in the process.

“Money is already being spent on cannabis products in this state; however it’s illegal,” said Sen. Clark. “But If we change that and bring this into the light of day, we will make a policy that’s advantageous for the public, safe for the citizen and allows freedom for the individual.” •