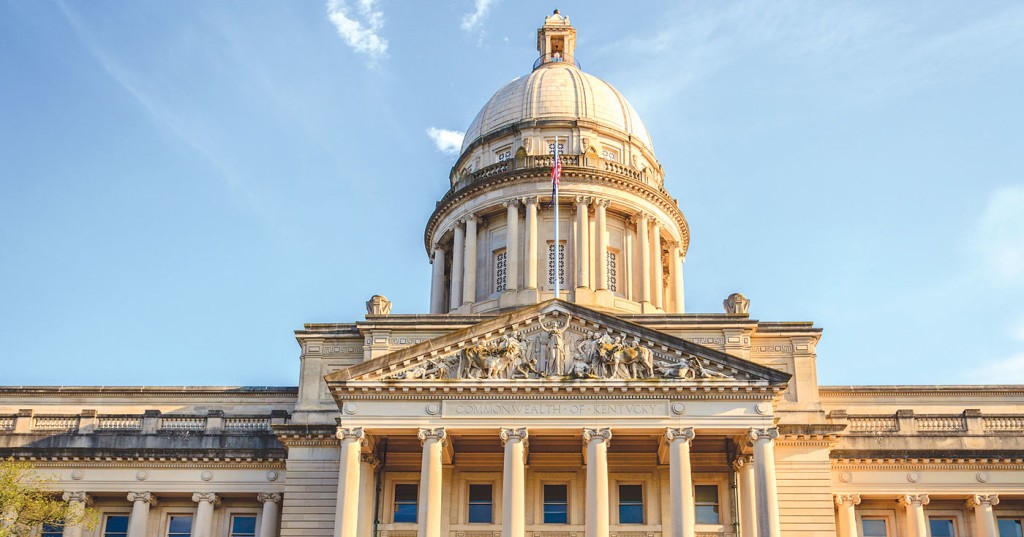 As Kentucky’s 2016 legislative session fires up, LEO has its eyes on a number of important bills to be considered, and we’ll be tracking them all to keep you up to date on what your representatives are doing when you’re not looking.

Possible effects: People won’t be able to use drones to spy on you, harass you or drop bombs on you.

Three bills are in the works to regulate the use of drones by both citizens and law enforcement. HB67 would make it a misdemeanor to “intimidate, harass, annoy, or alarm” someone with a drone; HB22 would make it illegal for drones to carry a lethal payload (with an exception for military drones) and would also prevent law enforcement from using drones to investigate people unless they first obtain a search warrant; and SB62 would make it a fineable offense of $100-$500 for hunters to use drones to track wildlife.

Possible effects: Everyone who “vapes,” will have to cough up a little extra cash.

While this bill would not affect where you can vape, it would affect the price. HB93 would define all electronic smoking devices as tobacco related products, and would tax them as such. So your favorite vape shop will now have to purchase a license to sell their product, and charge you an extra tax as well.

Possible effects: The LGBT+ community could find true equality in the eyes of the law, or lawmakers could sanction discrimination.

There are some positive and negative bills for the LGBT+ community in this session. HB155 would make it illegal to discriminate against someone based on their sexual orientation and gender identity, which is surprisingly still legal in much of Kentucky (so super positive) and HB156 would remove an amendment to the Kentucky Constitution that defines marriage as between a man and a woman (largely ceremonial but still positive). Now, HB31 would put the state registrar of vital statistics in charge of issuing marriage licenses, instead of county clerks like Kim Davis (so semi-positive), but it would also “exempt persons, officials and institutions with religious objections to same-sex marriage” from solemnizing such marriages (and so would HB14, 17 and 28 (so quadrupel-negative).

Possible effects: Our neighbors struggling to escape poverty will have to jump through even more hoops and fight even harder to just maintain.

Two bills seek to restrict the state’s spending on public assistance this session. HB62 would require those applying for public assistance with a history of substance abuse to also submit to a drug screening at their own expense (a practice already tested in eight other states and found to be highly expensive with little to no results). And HB63 would restrict welfare benefits to a 12-month period, and gradually decrease the amount of money someone can receive in an effort to encourage people to find jobs (usually a low-wage job with no benefits, which means spending increases for other government programs such as food stamps and Medicaid).

Possible effects: A decrease in felony arrests, a decrease in opioid overdose deaths, an increase in tax revenue for the state and marijuana for everyone!

SB13 is modeled largely off of Colorado’s cannabis legislation and would decriminalize the use and sale of cannabis and cannabis-related products. The production, sale and distribution of cannabis would be regulated the same as alcohol is now, and the tax revenue generated would be allocated to education programs, law enforcement and “evidence based” substance abuse programs. (A win-win for everyone!)

Possible effects: The state of Kentucky looks even more backwards than before.

Three bills in this state legislative session seek to rebuke or defy federal legislation, a clear violation of the U.S. Constitution’s Supremacy Clause. But hey, it’s Kentucky. HB104 would prohibit the Energy and Environment Cabinet from enacting any regulations under the Clean Air Act that would seek to reduce carbon dioxide pollution; HB35 seeks to “invalidate and nullify all federal laws and regulations restricting ownership or possession of firearms,”; and HB182 asks the general assembly to enact “all measures necessary to prevent enforcement of any federal acts, laws, orders, rules, and regulations regarding firearms, past, present, or future.”

Reproductive rights (and the infringement of)

There are several bills concerning abortion and reproductive rights in this session. HB61 and SB7 would withdraw any public funding of institutions that provide “abortion services,” meaning any institution that “encourages or promotes” abortions in any form. SB4 would require anyone receiving an abortion to first have a face-to-face meeting with the physician to ensure an “informed consent” before performing the operation (which would serve no purpose other than to create another obstacle for women to jump). Finally, SB25 and SB61 would exclude aborted fetuses from the Anatomical Gift Act, which means the tissues could not be used for research.

Possible effects: Teachers will be allowed to carry weapons designed solely to kill into buildings intended solely for education.

With an increase in mass shootings around the U.S., lawmakers feel an urge to protect schools from this threat. HB179 would allow all teachers and administrators with a valid concealed carry permit to carry a deadly weapon onto school property (this includes vocational and technology schools).

Possible effects: Non-violent felons will be able to vote, apply for jobs and rebuild their lives.

In the wake of tragedies like Ferguson, lawmakers are looking to reform the way that police operate. HB124 would allow the funds made from the sale of confiscated firearms to be used to purchase body-worn cameras for all law enforcement; SB55 would add any deaths occurring during an arrest to be investigated by the coroner; and SB63 would create guidelines to expedite the processing of a large backlog of sexual assault evidence collection kits (potentially leading to the arrest of active sex offenders).

On the side of fairness, SB41 would replace the death penalty with life without parole (a cheaper and more humane alternative); and HCR7 would commission a study of Kentucky juries and the racial demographics of such to ensure fair trials for people of color. But on the more draconian side, HB133 seeks to give offenders with three or more Class A or B felonies an automatic sentence of life without parole. •