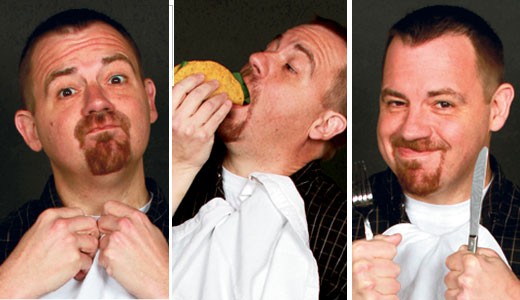 One of the quirks of writing about dining and drinking experiences is that sometimes a hot new restaurant opens, I’m not tabbed to write about it, and it gets away from me. A perfect example of this is El Camino, the trendy Mexican spot in the Highlands that opened in late 2013.

The place quickly blew up, and since I was never specifically assigned to write about it, I didn’t go. In the two times I did try in early 2014, I was twice met with projected two-hour waits, and both times I was just too hungry. And as other restaurants came to the scene and other stories needed writing, El Camino got away from me.

Until my girlfriend Cynthia reminded me she had an El Camino gift card. And that’s how we found ourselves enjoying an early dinner there on a recent weekend. Hey, it only took me two years, so better late than never. That’s especially true given that the tacos I had were darn good.

I had heard mixed responses about El Camino from “yes!” to “overrated,” so I went in with mostly a clean palate. And the truth is I enjoyed it much more than another highly-praised taco place, El Taco Luchador. We kicked off our meal with the chips and Mucho Guac starter, which was a good choice. Our server informed us the Mucho Guac (El Camino’s version of guacamole) had “a kick,” we didn’t notice. Not that we didn’t destroy it along with plenty of the thick, house-made tortilla chips.

The starter also came with three house salsas, those being a mild tomatillo-based verde, garlicky Guajillo, and something called Salsa Mexicana, which was basically a traditional salsa that carried a wonderfully fresh, lightly spicy and salty flavor. I gobbled it up. (Luckily, Cynthia was all too happy with the Guajillo.)

Not long after I finished washing down piles of chips and salsa with a Tecate-based spicy michelada, three tacos were placed before me. Part of why I may have not been more deliberate in getting to El Camino is that I tend to favor traditional Mexican food rather than the modern-style that is so popular now. But El Camino is more a tribute to Southern California Mexican, as evidenced by these ample tacos stuffed with fresh ingredients.

Normally, I don’t want pickled onions on my tacos, but I wasn’t complaining. I went for an El Pastor taco, which distinguished itself with fresh, crisp, chopped onions, and chopped pineapple on top rather than simmered with the spicy pulled pork that serves as the taco’s foundation. It was refreshing and the cooked meat contrasted nicely with the cool fruit, even as the plentiful juice turned my fingers a bright red color.

The Pescado came next, with a plump chunk of grilled tilapia, arugula, charred avocado tomatillo sauce, and pickled red onions. What surprised me most is how well the mild fish presented itself in the flavor mix. I expected the onions to dominate, but that wasn’t the case, much to my enjoyment.

But the best of the three tacos I had was the Barbacoa, a fairly simple concoction of slow-roasted beef, the delicious Salsa Mexicana, and more pickled red onion. I added a bit of the house salsa presented with the meal (this one had a kick), and my taste buds were quite happy. More tender meat I cannot recall, and this was fresh, high-quality stuff, not head meat like some barbacoa tacos.

Meanwhile, Cynthia was happily munching on her Para Vegeterianos entrée. I didn’t try any of it because I was too full on chips and tacos, but I’ll let her one-sentence review say it for me: “This meal is why people become vegetarians.”

OK. Regardless, here’s my personal apology to El Camino for waiting so long. Or wait — maybe I should be apologizing to myself, because I was the real loser in this situation. Oh well. Save me a seat and a michelada, because I’ll be back.