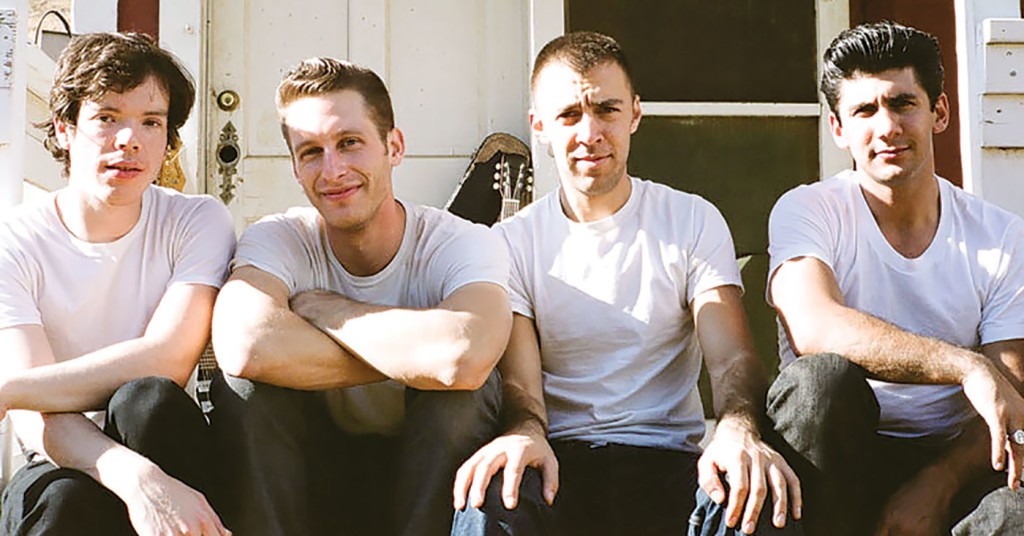 Although it’s harder to tell now, because of the sort of forward-thinking, bluesy update on rock and roots that they play, The Americans became a band due to their mutual obsession with music from a century ago and trying to replicate it. But their past did help them get involved with a high-profile forthcoming television series “American Epic,” a four-part historical documentary produced by Jack White, T Bone Burnett and Robert Redford about early U.S. labels and music engineers pursuing recording, touring the country and capturing the then-unknown sounds of isolated regions. The film also features a collaboration of current musicians recording with the vintage audio equipment.

“The director was looking for a band that was contemporary but could actually play the old stuff,” says Patrick Ferris, singer and guitarist for The Americans. “Basically, we became the studio band for the whole project. He resurrected some old recording equipment from the 1930s, that no one had used since the ‘30s. And he had all of these different artists come in. So, we recorded some on it, but we also were backing up other artists with whatever instruments they needed, because we had some familiarity with it.”

That recent side project may have gave them access to the vintage machinery that created the sounds that inspired them, but, in terms of their focus with The Americans, it’s all about moving forward, which, Ferris says, is what can be expected from their forthcoming album, “I’ll Be Yours,” which will be released in the spring.

“We all met through a shared fascination of music from the 1920s and ‘30s, particularly rural music. Like Delta and country blues, string band music, jug band music, folk music. So, the progression, in how we evolved, is that we were deeply interested in that sort of music, so that’s what we were playing, alone and together. We were playing that together, a long time ago, before we were even a band, and then we got interested in early rockabilly, so we were playing a lot of that stuff. So, the evolution of the band had a lot to do with moving past that and becoming more of a contemporary electric guitar rock band.”