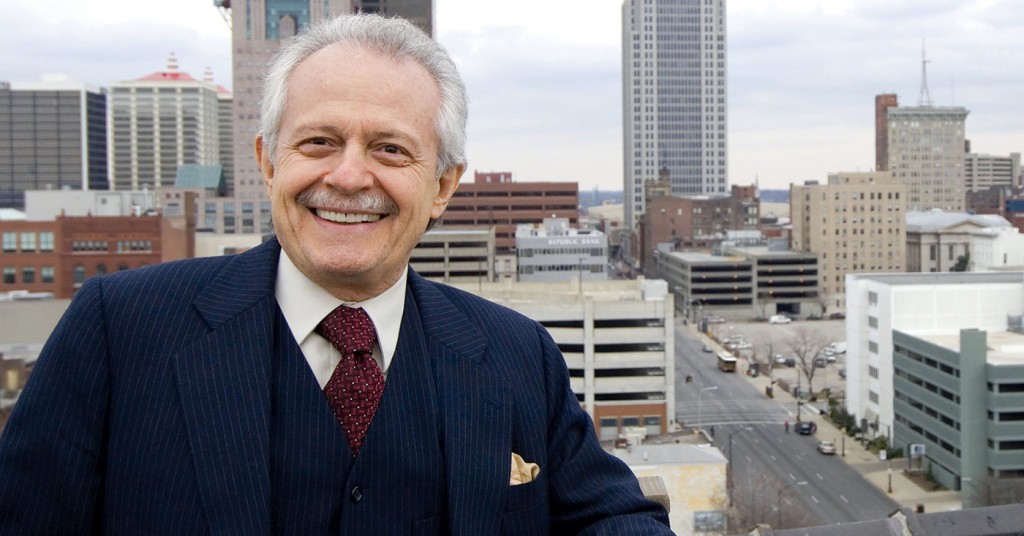 Jorge Mester, who has twice served as maestro of the Louisville Orchestra — in two of the symphony’s most critical periods — conducts his final concerts as conductor emeritus this weekend in Whitney Hall. Mester is not retiring, just winding up his duties here as he concentrates on his next career challenge as the founder of the new Boca del Rio Philharmonic Orchestra, which is slated to move into a sparkling new seaside performing hall next season in Veracruz,  Mexico. Appropriately, for a last bow in Louisville, Mester will welcome to the stage pianist William Wolfram, once again treating Louisville audiences to one of the hallmark qualities of his conducting career — combining the voice of his orchestra with the talent of a star soloist. Over the years, Mester has showcased such noted virtuosos as Itzak Perlman, Sarah Chang and Joshua Bell — just to start a list with violinists — and gained a reputation as a conductor with whom the top players love to perform. Adding to the attractiveness of the program, Wolfram has chosen to perform Serge Rachmaninoff’s famous Piano Concerto No. 2.

“I think there is no doubt there are certain conductors who are wonderful to play with,” says Wolfram. “It’s a different dynamic. The conductor is in front of the orchestra. They are the kings. They are making every musical determination. Then to flip around and direct the orchestra more at the behest of the soloist — now, George Mester is really good at this.”

In the classical music world, the top soloists are constantly touring, making perhaps a hundred appearances a year, with a constantly changing roster of orchestras. Similarly, a symphony such as the Louisville Orchestra sees an ever-changing string of soloists, with repeats often years apart.

Mester says the artistic collaboration of soloist, conductor and orchestra begins in rehearsal — without the soloist.

“For this concert, for example, we are doing the Rachmaninof  Second,” says Mester. “There’s some tricky parts in there which I want to prepare the orchestra in advance — so the soloist isn’t sitting around while we get his mattress straightened out. And of course it makes it easier on the soloist when he doesn’t have to worry about train wrecks.”

Mester also says he doesn’t spend much time planning things with the soloist. Instead, he keeps his keeps his ears open in rehearsal.

“Its like going on a blind date,” says Mester. “You’ve got to listen carefully. You’ve got to be receptive and alert. If you talk about it (and we’re picturing here extensive phone probing before the blind date) it sometimes doesn’t happen the way you talked. Whereas, if you’re carefully tuned in to the energy of the soloist, a lot of wonderful things can happen.”

Wolfram says one of those things is a chance to be musically conversational. And he, too, mentions the Rachmaninoff.

Of course, composers invented the concerto form to showcase the virtuosity of

elite performers. But, audiences often embrace concertos in which the orchestra shares more in the musical expression. Wolfram is a hockey fan, and likens the potential chemistry to the way certain line combinations work at high speed on the ice. “It’s like being able to feel with someone else the musical events as they are unfolding,” he says. “It’s almost like a kinship of intent.”

Mester says he and Wolfram have performed together just once previously, in Hawaii. And neither remembers what the music was — except that they pulled it off.

“Bill is just a fabulous pianist — and he’s also very tall,” says Mester. “When he and I were walking down the street in Honolulu it was hilarious, like Mutt and Jeff. He’s a great guy. We had a good time.”

Then comes the music. Wolfram says the Rachmaninoff has “unending beauty spun through the entire piece.” But infused with Russian sadness.

Plus, a story goes with it.

“The story we all grew up with is the piece is dedicated to a Dr. Dahl — it has that dedication right on the front of the sheet music,” says Wolfram. “The story is Rachmaninoff had plunged into a severe state of depression, and was not composing. Almost in a stupor. And this Dr. Dahl was some kind of hypnotist, or therapist, who helped him through his troubles, and back to writing. And thus Rachmaninoff dedicated the concerto to him.”

But, Wolfram says, there may be more to the story.

“It’s only something I have heard, and do need to research it further. I don’t want to say its true and then somebody that really knows hammers me for it. So I need to do more research. “But,” Wolfram continues, “I have it on very good authority, from a big-name Russian pianist, that the real story might be that what Rachmanininoff liked, and what lifted him out of him out of his stupor, was going to the doctor to see the doctor’s daughter.”

In addition to Rachmaninoff’s “Piano Concerto No. 2,” the performance will also include Kodaly’s “Dances of Galanta” and Martinu’s “Symphony No. 6.”