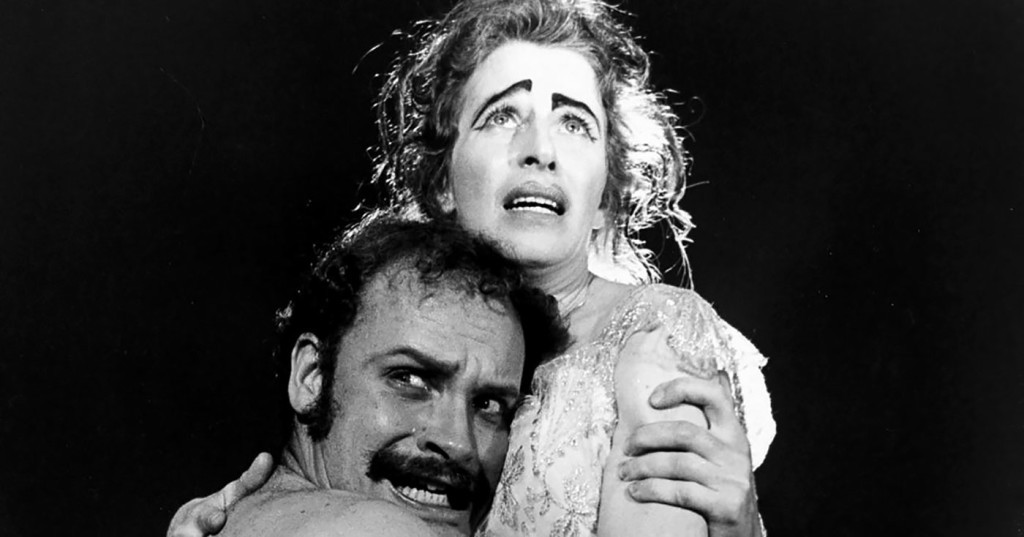 THE BRAIN THAT WOULDN’T DIE
1962; $25.98; UR
Dear Gentle Readers: In the vast, hoary cosmos of truly bad movies nothing compares to this icon of celluoid idiocy from the drive-in era. It is the tender story of a slimy yet thoroughly demented surgeon who accidentally decapitates his fiancee — whoopsee! — then keeps her head alive in a photo-developer tray while he goes trolling for a shapely babe to be her new body. Kinda biblical, don’t you think? Meanwhile, back at the ranch, his head-mistress learns she can communicate telepathically with the mutant he keeps in the closet and … Is there any reason to continue? Finally available in a flawless, completely uncut Blu-Ray with all the trimmings, including the imfamous MST3K treatment and a wonderful nude scene, filmed for the more enlightened Euro-market. Crap-tacular in every sense; a must-own at any price.

THUNDERCRACK!
1975; $24.98-39.98; UR
You are about to read what may be the first “mainstream” mention (if this rag qualifies) of the single most obscure adult comedy/horror film ever made: In an isolated B&W Gothic pile, lit by lightening, a group of strangers (including one gorilla) are thrown together unexpectedly. Each member’s identity has been forged by society to a particular mold, so their interactions should be predictable. But you quickly recognize that nothing is sacred here as the filmmakers flip every expectation of humanity, social order and boring “normalcy” on its head, poking raucous — and often pornographic — fun at mankind, sanity and good taste, clearly having a ball in the process. Nothing we could write would do this justice: it simply has to be seen to be believed, now finally available on U.S. video for the very first time. An historic must-own in a two-disc three-hour Blu-Ray version with all the trimmings any fan could ever dream of. A cracked Christmas miracle..

NIGHTMARES
1983; $21.98-29.98; R
As regular readers know (support groups standing by) we are big fans of the horror anthology. This example from the earliest days of the slasher decade is a collection of four stories originally filmed for a short-lived TV series called “Darkroom” — until shocked studio execs saw what over-the-top horrors the showrunners had created! Deemed “too intense for TV,” it was shipped off to theaters, where the images, never meant to be projected so large, appeared scratchy and distorted — just like the best of 60s exploitation classics, turning this into a minor hit! Now available for the first time on Blu-Ray: Four segments starring Cristina “Highway to Heaven” Raines, Emilio Estevez, Moon Unit Zappa, Lance Henriksen and Veronica Cartwright.

THE LEGEND OF WASCO
2015; $14.95; UR
Local-lad Jason Crowe, who has excelled in the indie horrors “Kill, Granny, Kill!” and “The Mysteries of Science” on TV, has a new movie out on RedBox that was filmed in and around Louisville (watch for Spinelli’s Pizza and Heine Brothers Coffee). Crowe plays a street clown who tries to drum up work with a web video imitating an infamous, dead, serial-killer-clown. Unfortunately, this spawns some sort of mojo that resurrects the evil clown and his followers, who start killing again. Now it’s up to Crowe and his ersatz Scooby Gang to put him back in the grave. Big dumb fun; coming to home video on Jan. 5.

THE SURFACE
2015; $24.95; UR
Harry Hains (recently from a small role in “American Horror Story”) is a disaffected Gay orphan with a rich boyfriend and a history of relationships gone sour. After picking up an ancient movie camera and projector at a yard sale, he gets to vicariously experience an old man’s youth, particularly days filled with warm, flirtatious friendships, with help from the old man’s adult son. Becoming ever more obsessed with the images and this new relationship, he loses sight of the good things he currently has in his life. As original and sensitive a drama as we’ve ever seen.

TRIUMPH OF THE WILL
1935; $22.98-34.98; UR
This infamous and notoriously effective Nazi propaganda film finally gets the remastered Blu-Ray treatment. While its place in history — to sway the German people into seeing Adolf Hitler as an otherwordly savior sent to lead Germany to its rightful place as masters of the world — may be nauseating to watch, given the horrors which followed, the most obvious thing the first-time viewer will notice is how well American politicians have learned from it. You’ll also note how many of your favorite films, from “The Lion King” to the closing scene in “Star Wars” are stolen outright. As fascinating as staring into a snake’s eyes: You’ll never watch the evening news the same way again. Merry Christmas.

*** More Recommended Videos for our On-Line Readers, Only!
LIKE YOU MEAN IT
2015; $24.98; UR
A favorite at LGBT films festivals, this look at former lovers (Andrew Dits, Philipp Karner) trying to rekindle their relationship is a surprisingly distant film, as if the participants were trying to keep from being seduced by old feelings, which we found very refreshing and true. Focuses more on the physical side of their relationship, which is photogenic to say the least. A solid drama, very European in style and content. And watch for stunning Kimberly Alexander of “The Real Cat Therapist of Beverly Hills” as a TV Newscaster.

STALINGRAD
2003; $34.98; UR
History quiz: What stopped Hitler’s conquest of the planet? Uh, the combined Armies of the free world? Nope, it was the brutal Russian winter, as shown in this: the definitive German-made doc on the Battle Of Stalingrad, finally available in a complete widescreen Blu-Ray edition. Over a quarter-million German soldiers died trying to take the city, killing twice that many Russians, and during it all the KGB kept cameras rolling to document their impending glory. That footage, plus never-before-seen reels recorded by the Russians, highlight this new English-translated version.

THE NANNY: SEASON FIVE
1997; $27.99; UR
Fran Descher kept the Bortsh-Belt Jewish comic traditions boiling throughout this next-to-last season, stretching the long-anticipated wedding to her rich boss (Charles “Days of Our Lives” Shaughnessy) all season long – ending it with a cliffhanger when they both fall off their honeymoon yacht. Not the best season of the series, but livened by a roster of amazing guest stars including Chevy Chase, Dr. Joyce Brothers, Harry Hamlin, Maria Conchita Alonso, Robert “The Man From UNCLE” Vaughn and … Elton John! And watch for then-20 year old smokin’ blonde Nicholle Tom as daughter Maggie: she’s recently been seen on everything from “Gotham” to “Masters Of Sex.”

WOLF TOTEM
2015; $31.98; PG-13
While many will consider this a brutal film, it also has a wondrously lyrical quality. While America is enjoying a Summer Of Love, a Chinese student is sent to live and work with nomadic Mongolian herders, an effort to record something of their supposedly stark existence before it disappears. What he finds is far from what he expected; theirs is a spiritual realm pinned between ravenous wolves and even more rapacious humans, reflecting his own inner struggle to find a place in the modern world. The 3D Blu-Ray version is highly recommended, even if you don’t have a 3D player, as the landscapes and cinematography are leading characters in themselves.