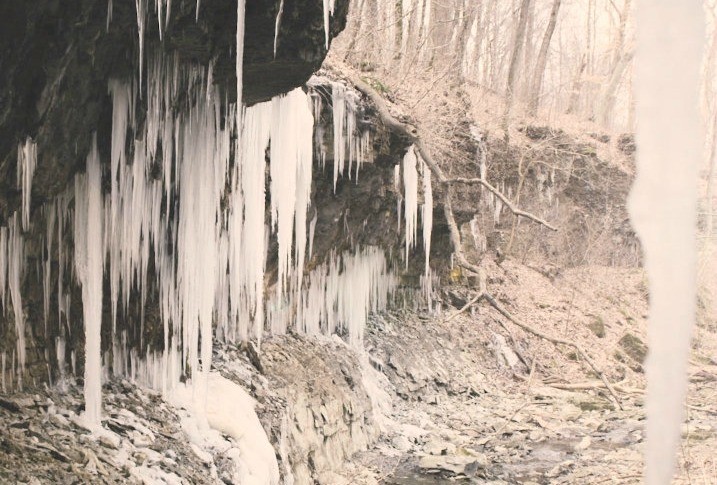 Lydia Burrell – “X-Mas Morning”
There is a quiet calm imbued in every note in “X-Mas Morning,” the most recent single to drop from the indie pop wizards in Lydia Burrell. The band, stripped down to the barest of necessities, offers a nuanced and beautiful standard that somehow generates a tension, while simultaneously seducing the audience into a lull. Will this track explode into a glorious and righteous noise, or will it maintain its spartan approach to composition? What’s so engaging about this track is how delicate it sounds, a wonderful counterpoint to what seems to be a much appreciated anti-consumerism screed, but one that never gets preachy, opting instead for a conversational tone.

Czar – “Returning”
Guitarist/vocalist Mike Oerther and bassist Ramsey Grissom have certainly proven their merit as musicians, continued here in the exploratory indie meanderings of Czar. Their newest project (and first together) sees the pair exploring a stripped-down format that privileges graceful guitar work and driving bass, the foundation for an incredibly chilled-out set of vocals. To say that this is relaxed is an understatement, although this is more a tonal observation, rather than anything atmospheric, as the music certainly skews melancholic. Czar could easily fit on a playlist with any number of Josh Homme creations, given the rock as filtered through Beatles sensibility that carries the track along its verse-chorus trajectory.

Thousand Faces – “Gentleman Style”
The new kids on the block, Thousand Faces, play a brand of post-rock that would make Mogwai blush. Their use of atmosphere is integral to their sound, which focuses on the interplay between bass and drums to drive the track, while the guitars shimmer and swell in the background. Singer Cole Street operates with a less-is-more approach to vocals, which manifests itself in his voice, rising out of the dense sonic fog that permeates the landscape. It’s hard to identify restraint in a band, and perhaps a little condescending to assume so, but there is a definitive feel that each member of the project purposefully practiced a kind of mellow moderation that bears fruit at a climax that soars, but never too close to the sun. This is an infinitely pleasant track to dig into, especially when juxtaposing the dour introduction with the beautiful culmination, a refreshingly optimistic end that lifts your spirits.

TinyForest – “Green/Sleeves”
Just in time for Christmas, TinyForest returned with another contribution on the Vince Guaraldi Charlie Brown soundtrack. Here, the producer takes the track “Greensleeves” and reimagines it as a lithe hip-hop lullaby — the sort you listen to in a room lit only by Christmas lights, the smell of the winter candle in the background. I have no idea what a winter candle is supposed to smell like, but damn it’s comforting. That’s what TinyForest taps into here, that sense of comfort that all is right in the world, albeit in the freshest way possible. This fits the general theme of his music, while offering a new take on a holiday classic. If this doesn’t make you want to dance like the Peanuts kids, at least a little, I don’t know what will.

Asm A Tik – “Leave No Prints”
Like their name, Asm A Tik are one of the hardest bands to pin down. Theirs is the kind of music for musicians, a kind of nerdy deep dive into sound and composition. There is an undeniable prog sensibility to their music, as well as a seething intensity driven by the creeping bass line and atmospheric guitar and key work. The vocals are like an angry D. Boon weaned on Peter Gabriel and Black Flag, which, to be fair, is an entirely possible scenario for the long departed Minutemen singer. For those familiar, you can hear more than a little of early-aughts band Red Sun, a logical conclusion given the fact that two of the four original members are at work here. This seems like a natural evolution though, that sees the once angular guitar work and Southern-fried Fugazi-esque riffage refined, made sharper with time, rather than world-weary. The energy here is like a wave always just about to crest, but that never quite does. It’s that tension that makes “Leave No Prints” such an expressive and indispensable number worth your attention.

E.M.D.W. — “Decoded ft. Goodbar”
Opening to string section stabs, “Decoded” immediately recalls the epic scale of “Triumph” by the Wu-Tang Clan, which is in and of itself a victory. As with that track, “Decoded” evokes that sense of complete domination, like you are ready to take on your enemies and crush them in front of you. Every emcee here is 100 percent on point, with a rhyme scheme that’s as deadly as the beat that accompanies it. It’s hard to properly articulate how hype this song is, although I can tell you that this is an ideal musical motivator for virtually any task that you’ve set before yourself today, be that getting pumped at the gym, writing things or cleaning your house. I’m not sure that there is higher praise than a song that gets your ass up and excited to get to it.