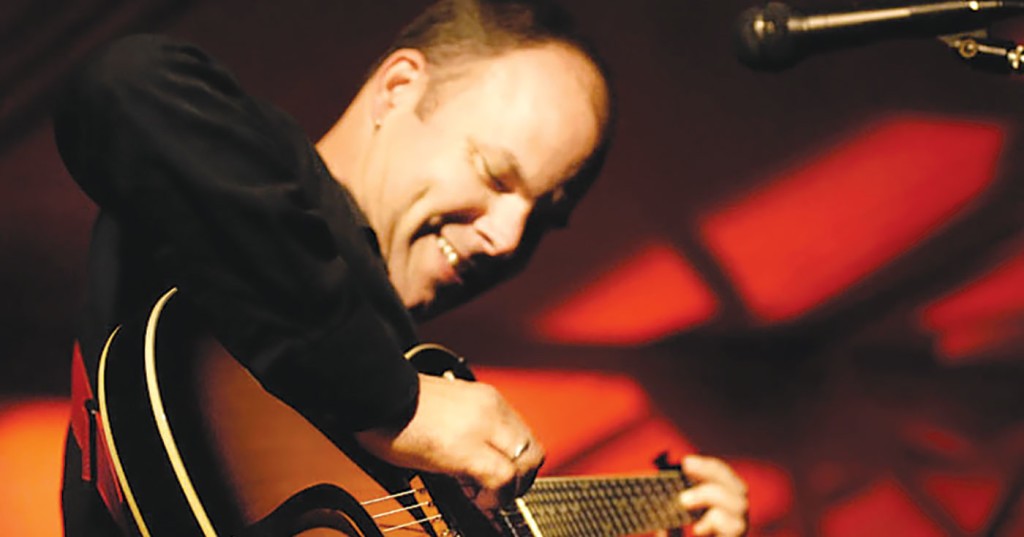 Regardless of where he calls home, David Grubbs is a part of the fabric of the rich musical tapestry of this city. After his tenure in the seminal Louisville band Squirrel Bait, Grubbs went on to form the mighty Bastro, which developed into the broken indie pop duo Gastr Del Sol. Now performing solo, Grubbs’ path has largely been a fluid evolution tempered equally by logistics and personal interest. He has an easy demeanor and a quick wit, qualities that shine through in his creative and professional work, as well as in person. It’s that charm that informs his music, no matter how fractured or abstract a shape it may take.

He stays busy. In addition to his career as an educator in New York City, he continues to perform and record on a regular basis.

“After I finished ‘Records Ruin the Landscape: John Cage, the Sixties, and Sound Recording,’ which focuses on sound recordings, I wanted to shift gears both thematically and in terms of form, and so I’m writing about live performance — solo performance, as it happens — in the form of a long prose poem,” he says, of his most recent efforts. “It’s also been a busy fall for my ongoing collaboration with the poet Susan Howe. Blue Chopsticks released our fourth album, ‘WOODSLIPPERCOUNTERCLATTER,’ in August. Distributed Objects reissued our first album, ‘Thiefth,’ in September and we have a three-night performance retrospective in December in New York at MoMA and ISSUE Project Room.”

Grubbs will be in town this Wednesday to perform two solo sets at Dreamland.

“I have just finished a new album called ‘Prismrose,’ which Blue Chopsticks will release this coming spring,” Grubbs says. “It consists primarily of solo electric guitar music, and that’s what I’ll be performing in the first of two sets at Dreamland. The second set will be a reading from an in-progress book called ‘One Poem.’”

His last visit to Louisville was for the International Association for the Study of Popular Music: “My experience of the conference was limited to our sprawling, very fun panel discussion with Britt Walford, Steve Driesler, Rachel Grimes, Heather Fox and others. So much of what happens in music history is speculation, so it was an excellent change of tactics to be able to speak with great precision about punk rock schemes dreamed up in the parking lot of the Bardstown Road Taco Bell. The performance? There I was playing once again at Uncle Pleasant’s. But now it has a different name.”

For Grubbs, playing out is a compulsory itch that has to be satisfied on a regular basis, which he does “once or so yearly in Louisville, every month or so in New York. The less frequently I play the more I fantasize and obsess in advance about the experience of that next performance, so it’s probably healthier for me to play more, rather than less, often. Because of my day job — college professor — I’m free to slip the leash in January and in the summer, and I regularly head out on tour at those times. Again, it seems the healthy thing to do. This January I’m headed back to Japan for the first time in a number of years — absolutely one of my very favorite places to be.”

Playing out so often surely results in some interesting stories, and Grubbs obliged. He recollects, “The only time I’ve played in Nashville was on a tour 15 years ago. I was scheduled to open for Lambchop in a theater, and for some reason it was cancelled at the last second. The promoter offered to get me a two-hour Friday night slot at a bar on Music Row, and I was game for it. I had such a blast. I was accustomed to playing for 35-40 minutes to people who were familiar with the songs, who knew who they were coming to see, et cetera. Here I had to fill 120 minutes and people had no idea who I was or what I was doing, and so I became very expansive in my song introductions and wound up playing almost everything I could think to play. I actually did quite well on tips!”

He continues, adding, “After an hour and 40 minutes, a guy who looked like Garth Brooks told me that he had just gotten engaged and that he’d give me 20 bucks to let him borrow my guitar so that he could sing a song for his new fiancée.  It was the perfect end to an amazing show, but as I was saying my goodbyes the owner practically vaulted over the bar, tapping her wrist and, saying, ‘It’s 11:45 — you gotta play for another fifteen minutes. I have customers and it’s a Friday night!’  She wasn’t joking, and I got back to work.” •